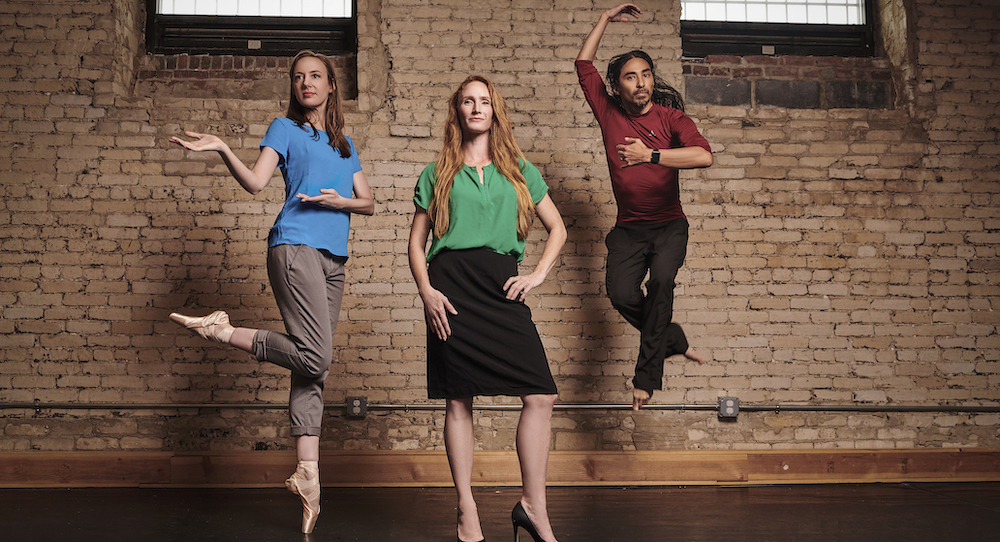 Change is underway in our nation’s capital, and Stephen Clapp is making (some of) it happen. Late last year, the choreographer/dancer/administrator/cultural strategist stepped down as Executive Director of Dance Metro DC and stepped up as the new Executive Director of Dance Loft on 14. In his seven years at Dance Metro DC, Clapp expanded the organization from a digital networking platform to a multifaceted service provider for all things dance in the region. Now he’s bringing that vision and momentum to a physical space, a three-year-old studio and presenting house in Washington D.C.’s Central 14th Street area.

Dance Informa spoke to Clapp between rehearsals at Dance Loft on 14, where he is creating a new work with his wife, Laura Schandelmeier; the two co-founded and co-direct the DC-based company, Dance Box Theater. Long-haired and gentle in his speech and mannerisms, Clapp gives credit where credit is due. He frequently names the many people who have guided him throughout his varied career and thanks Amy Fitterer, executive director of Dance/USA, for nudging him toward innovative programming at Dance Metro DC. “I took most of my cues from her,” he says. “She had her finger on the pulse of the nation, and I was trying to get my finger on the pulse of the city.” 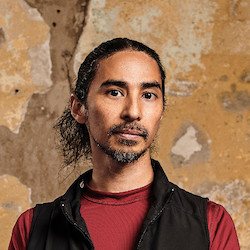 After attending an Undoing Racism® workshop facilitated by the People’s Institute for Survival and Beyond (PISAB) at the Dance/USA conference in 2016, Clapp saw a need and a market for that kind of work in the D.C. dance scene. Later that year, Dance Metro DC launched the first annual DC Dance Summit and included PISAB’s Undoing Racism® training in the offerings. The response was overwhelming, and the training sold out in just a few days. Clapp then partnered with Dance Exchange (formerly Liz Lerman Dance Exchange) to bring PISAB back for an anti-racism training focused on dance institutions and their staff. Again it was a success, but Clapp realized that dancers wanted to do more than talk; they wanted to move.

As dancers, Clapp says, “We have this knowledge. We know our bodies and what this work is.” So he convened a group of dance artists, choreographers, community and social justice leaders and started building a movement-based, anti-racism and anti-oppression curriculum. “We can learn from the Civil Rights and the MeToo movements and apply them to misogyny and racism in dance,” he says.

Since leaving Dance Metro DC (which he says he hopes will continue its social justice work with the incoming director), Clapp has brought the idea to Dance Loft on 14 as part of his strategic plan. He plans to spend a year in research and development, hosting creative labs for people to share ideas and experiences. The goal is to create an affordable, movement-based anti-oppression/anti-racism training that is facilitated by dancers or choreographers and can be shopped out to anyone who needs the work, from a small dance company to Walmart or Starbucks. Clapp envisions the program as both an income generator for artists and a community resource for smaller organizations that couldn’t afford the PISAB fee and would rather hire locally. “It’s not meant to take the place of these external trainings that have been developed over years (like PISAB) but to complement them with a physicalized movement strategy,” he says.

In addition his social justice work, Clapp wants Dance Loft on 14 to broaden the range of artist support beyond (but definitely including) providing affordable space and time to rehearse. He wants to help artists make connections and get comfortable asking for money. “There is so much fear around fundraising in dance, and the assumption is that there’s no money for dance,” he says. “The truth is there are a lot of people with a lot of money these days.” The challenge is helping those people understand the scope of the dance field and its value to our society beyond teaching kids in neighborhood studios.

Clapp likes to ask artists, “Why is dance important?” so we put the question to him, and he was more than happy to answer. “As a cultural art form, dance can help us see complex issues from multiple perspectives. As a movement-based form, the information that can be communicated through movement can often be different from that of verbal language.” He points to the tendency for people to learn better by doing and discusses the groundbreaking work dancers have done with Parkinson’s patients.

Clapp sees a world with many options for a dance artist to utilize their unique knowledge and set of skills. Most dancers graduate from college and assume their choices are limited: get into a company or start a company. “There’s so much more than that!” he asserts. “You can create your own model. You can create the world you want to live in.”

For more information on Dance Loft on 14, visit www.danceloft14.org.