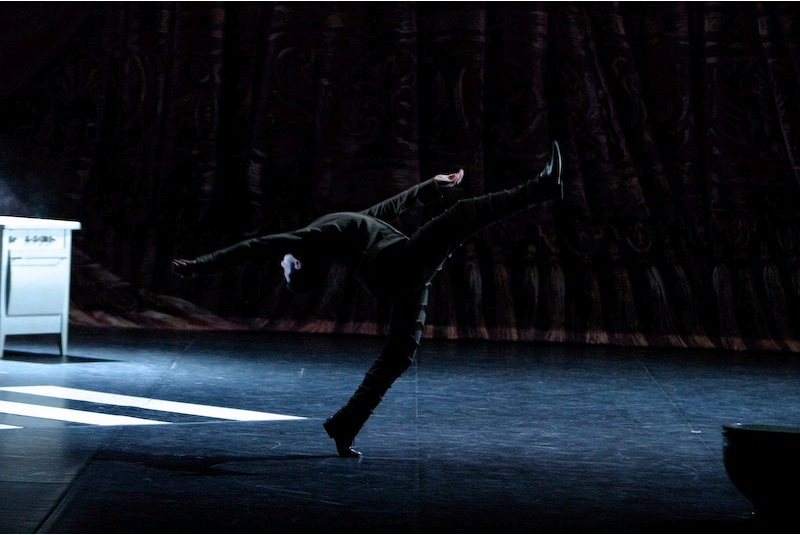 Iconic tech giant Steve Jobs once downplayed the importance of technology itself, surprisingly enough, stating that “what’s important is that you have a faith in people….and if you give them the tools, they’ll do wonderful things with them.” Dancer and choreographer Rick Tjia saw a need for a new technology in the dance world, which he’s seen as capable of empowering dancers and choreographers to do wonderful things.

He teamed up with Rome Saladino and André Faleiros to create the new Choreography Online, a new cloud platform that will enable choreographers to sell the rights to their choreography to those within a community of buyers on the site. It will have many features of social media platforms, such as the ability to “like” or “love” certain choreography entries as well as certain works “trending”. After a period of beta-testing, the platform will be open to the public. Tjia is CEO/President of the enterprise. 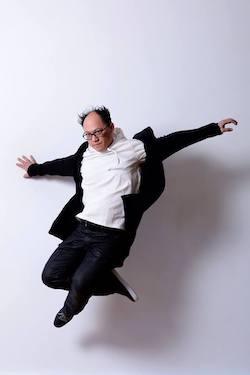 Choreographers will open an account, with basic information about themselves and a reel of their work. They will then post videos of themselves or an assistant teaching the choreography for a certain work of theirs. They will also list basic information about the piece – such as mood, style, the number of dancers in the work and score/music used. Buyers, who will also create their own profiles, can search works by these criteria.

For instance, if a dance educator or studio owner needs a jazz piece for 10 dancers, he or she will be able to search the system for choreography according to those needs. Associates working for Choreography Online will rate difficulty of pieces, because they will have a reference for how difficult works are in relation to the rest of the work on the platform. Buyers will be able to search by that metric as well.

Tjia explains how a main advantage of the platform is to allow anyone, anywhere in the world, to purchase the work of a choreographer anywhere else in the world. He cites the significant cost of flying a choreographer to another part of the country, or even halfway around the world, and then having them in residence, in order to commission their work. “Think of the platform like a Shutterstock for choreography,” he explains, referencing the platform on which photographers can sell the rights to their photographic work to anyone with an internet connection and money to spare.

It all started at the Youth America Grand Prix, when Tjia noticed that choreography didn’t excel the way the dancers did. He inquired about this dynamic and was told that most studios don’t have the means to fly in top-notch choreographers to work with these supremely talented dancers. That planted the seed for the idea of Choreography Online. After speaking with his two soon-to-be co-founders, they decided to go for it.

“We thought it was best to have three co-founders, because if you have two and disagree, then you’re at an impasse,” Tjia explains. The first idea for building the platform was to string already-existing services together, he recounts. Then the co-founders found that it was doable, and just about the same cost, to build a new platform from the ground up. “So that’s what we decided to do,” Tjia says with a bit of a chuckle.

In alignment with those elite dance training beginnings, Tjia sees the platform as having the potential to enhance dance education. “It will allow choreographic work to get out there more, and developing dancers can learn the work and grow,” he states. He shares the analogy that music students don’t only study and perform the works of local teachers and friends but also master composers – so why shouldn’t it be the same for dance?

Tony Bougiouris, Choreography Online’s Marketing Manager, agrees that the platform can spur learning growth in dance students. “It can allow students outside of creative clusters, like New York City and Los Angeles, to be exposed to different styles and something new,” he affirms.

Tjia also thinks Choreography Online has the potential to allow dance works to have more fruitful life. “Sometimes choreographers make dances, working on them for long hours for weeks or even months, and then they just sit there collecting dust,” he says. With this platform, however, they can put their work to work for them – so to speak – in more continuous ways, he asserts.

Additionally, even beyond choreographic work getting “out there” more, the platform will allow for “cross-pollination across nations,” Tjia adds. These advantages, and related ones such as efficiency and market share (in other words, customers coming to a central location), will come from the crowd effect of social media. Despite these common-sense advantages, some choreographers have had concerns: 1) that their work will be reduced without them in attendance at rehearsals, and 2) that studios and company artistic directors will commission them to work with dancers in person far less often. 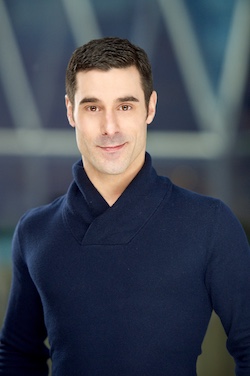 Tjia has an answer for both concerns; he sees the buying of rights to certain work as a catalyst for studio owners or artistic directors to some day bring in choreographers to work with dancers directly. Thus, the platform has the potential to generate more paid rehearsal time for choreographers, rather than less. He adds how that unfortunate effect hasn’t happened in other art forms. “It’s like allowing choreographers to give samples of work, like every corporation does,” he says.

Bougiouris also cites the difficulty for young choreographers to generate consistent income from their choreographic work. “It seems harsh to say, but passion doesn’t pay the bills,” he says. That holding true, Choreography Online is a way for them to not only get their names out there in order to help build viable careers as dancemakers, but it’s also a practical way to bring in income right now – when they may most need it. “I’d rather see young, financially struggling choreographers make some money than none, of course,” Bougiouris asserts matter-of-factly. “It’s up to them to get themselves out there, but we can help them be more in control of their destiny through this platform.”

Tjia also cites plagiarism concerns, yet affirms that the co-founders – two choreographers and one musician – are sensitive to that issue, and have created the platform accordingly. Further, he believes that most people would prefer to pay for other’s work rather than plagiarize. That can only be more often the case with the ease and convenience that Choreography Online will offer.

Both Tjia and Bougiouris have additional ideas about where they’d like to see it all go, such as a more concrete networking platform through which companies and studios can hire choreographers, once this first basic function gets off the ground. “We see this as having the potential to go in many different directions,” explains Bougiouris. He affirmed that none of those directions involve replacing one-on-one time with a teacher or choreographer. Rather, it’s to help make meaningful connections in the dance world, and allow choreographers to be more financially stable.

“I know that we’re flying in the face of tradition…but the world is changing, and technology is changing, and I just don’t see why we wouldn’t take what it can give us and use it,” says Tjia. The innovators of Choreography Online recognize that it doesn’t serve the art of dance, nor those who love it, to stay stagnant as the world spins ever forward, ever faster.

To learn more about Choreography Online and to register, visit choreography.online.