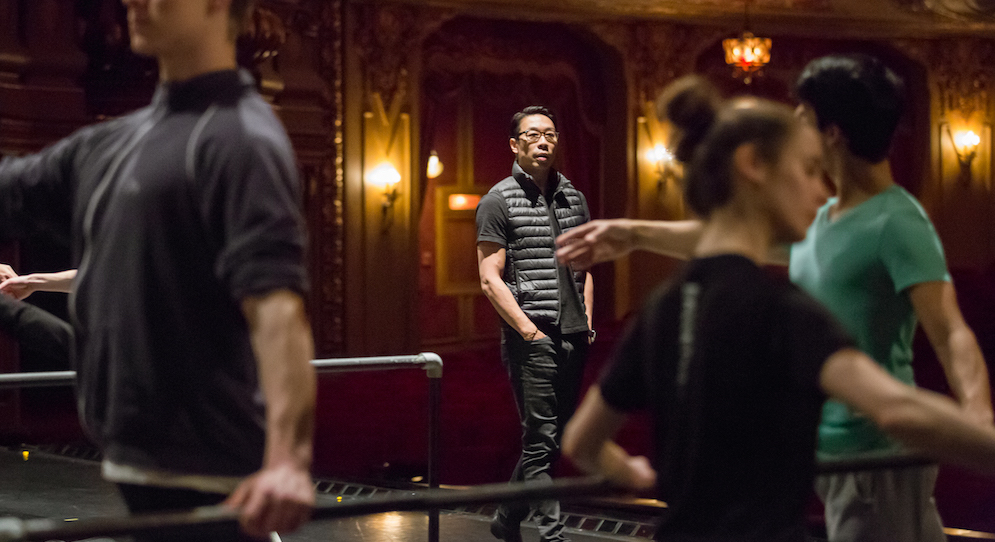 As a young ballet student, Edwaard Liang in 1993 won the Professional Prize at the prestigious Swiss competition, the Prix de Lausanne. Twenty-five years later, he was a member of the jury for the Princess Grace Foundation Awards. 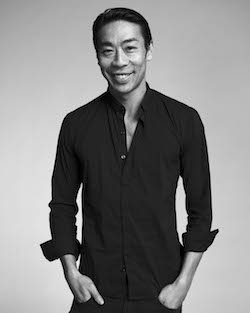 Born in Taipei, Taiwan, Liang moved, at an early age, with his family to Marin County, California. He was a hyper active kid, so classes in karate gave him a point of focus and led him to a state championship. He followed his sister’s lead to ballet class. This was a new challenge. His teacher, Maria Vegh, noticed his potential and urged him to continue his training.

Viewing ballet videos furthered his interest, and he focused his attention on New York and a place at the American Ballet Theatre school. His audition did not prove successful. He was, however, accepted on scholarship at the School of American Ballet (SAB), the official school of the New York City Ballet (NYCB). He was on his own in the big city, navigating ballet class, finishing his academic education online and working a part-time job to pay for room and board.

While still at SAB, he entered the prestigious Prix de Lausanne, learning his variations and rehearsing on his own. The hard work paid off, and he returned to New York having won the competition’s Professional Prize. Liang says that winning the Prix de Lausanne opened doors for him. He received the Mae L. Wien Award from SAB, and in 1993, was invited to join NYCB. As a member of the corps de ballet, his repertoire consisted of works by George Balanchine, Jerome Robbins and Peter Martins. He danced his first solo in Martins’ Calcium Light Night. But as NYCB had many male dancers and although he learned many roles, he never got the opportunity to perform them.

At this point, Liang decided to explore new worlds. He left NYCB in 2001, and auditioned for the Broadway show Fosse, featuring the choreography of the legendary Bob Fosse. He worked with Ann Reinking and Bebe Neuwirth preparing for his Broadway debut. The highlight of this experience, he says, was the opportunity of performing the lead role of Mr. Bojangles with Ben Vereen for the PBS presentation and also the DVD. Following a nine-month stint with Fosse, Liang went on to perform as a guest artist with Complexions and later joined the Nederlands Dans Theater and also danced, as a guest artist, with the Norwegian National Ballet before rejoining NYCB as a soloist from 2004 to 2008. 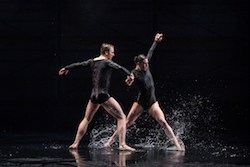 His choreography began on a dare while in the Netherlands, and he made several ballets for the company’s workshops. Following his return to NYCB, he was given the opportunity to choreograph through the auspices of the New York Choreographic Institute, an affiliate of the company. Upon leaving NYCB, he turned to choreography full time, making ballets for dozens of companies throughout America, Europe and Asia and winning the 2006 National Choreographic Competition.

Liang was not looking for a change in his career direction. He was choreographing a ballet in Russia, and upon his return was approached by a head hunter about looking into the directorship of BalletMet in Columbus, Ohio. It sounded interesting, so he began the process of meeting with the search committee and going through a battery of interviews. Being engaged as the fifth director of BalletMet added new responsibilities, things that dancers do not have to concern themselves with. Meetings with the Board of Directors, dealing with budgets, rehearsal schedules and casting are just a few of his responsibilities, in addition to choreographing new productions for the company. In the five years he has been in Columbus, Liang says he has experienced a “surge of energy and vitality from the community.”

The company presents six programs a year incorporating his ballets, one or two full-length productions, both classical and contemporary, and of course The Nutcracker, which they also present at the Detroit Opera House. The company, which in its beginnings started out with 12 dancers, now consists of 27, including principals, soloists and corps de ballet. Many of the dancers come through the company’s academy and BalletMet II. The company holds national and international auditions, and applicants can also apply online. There are a few dancers from countries outside the United States, but visas are hard to come by. 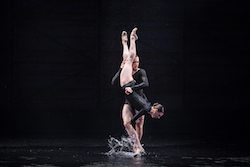 Liang has choreographed for over a dozen companies in addition to producing new works for BalletMet each season. One ballet “in water”, Airavata, is quite different. Using waterproof Marley flooring, it is performed with an actual shower pouring down on the dancers. It received an Art Excellence Award. Finding music for his works, he searches online through iTunes and has scores commissioned. Liang has choreographed a full-length production of Giselle for the company, in addition to Dorothy and the Prince of Oz. He choreographed Romeo and Juliet for Tulsa Ballet, Wunderland for The Washington Ballet and created numerous pieces for many other companies. He says he would, one day, like to expand his horizons to choreographing for Broadway and films.

Education is very important to Liang, and he encourages his company members to try their hand at choreography. The Academy has a choreographic workshop. Some of the company members extend their academic education by attending community college.

Directing a company has brought new experiences — finding a balance between artistic and management responsibilities. Liang brings in choreographers to make the company dancers stronger and works with the administration on ideas to expand the company’s visibility. He appreciates all that is involved in running a company and an academy: marketing, finances and seeing its growth. He says he would, one day, like to present the company in New York, and also on tour to Europe, the UK and Asia. 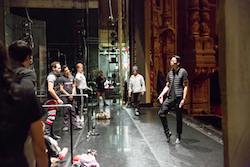 With his partner, John Kuijper, Liang has built a life for himself in Columbus, and takes advantage of the other artistic outlets the city has to offer. He says there is a lot to do in this vibrant city.

Liang has performed classical and contemporary ballets and choreographed for major companies all over the world and has danced on Broadway. The journey from ballet student to professional dancer, choreographer and eventually company artist director has provided him with a multi-leveled career, and he has succeeded in all.

If you do not have the opportunity of seeing BalletMet in person, have a look at Liang’s diverse choreography on YouTube.