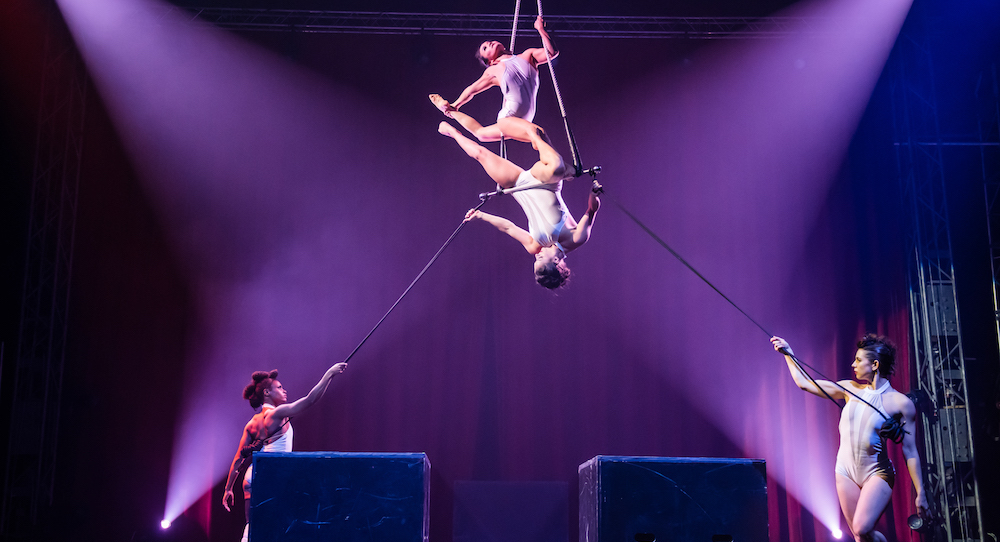 “I was trying to help these women navigate the next phase of their careers, and that’s when it began,” Aloysia Gavre recalls. “I said, ‘You know what? There is no reason why we can’t do this ourselves.’” 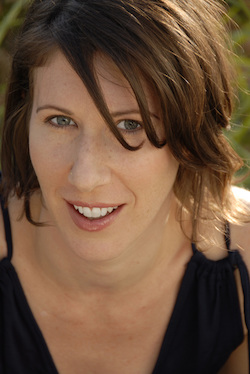 Gavre is a San Francisco native and L.A.-based circus performer with an impressive resume that includes performing with the Pickle Family Circus and Cirque du Soleil. After a 20-year career, she and her partner, Rex Camphuis, founded their own circus-dance-theater company Troupe Vertigo, as well as its companion company Cirque School, which supports circus training “for anybody with any body.” Troupe Vertigo will bring its latest work, Tableaux, to the San Francisco International Arts Festival this June.

Gavre grew up in the Mission District of San Francisco, where at the age of eight she began training at the Pickle Family Circus. By the age of 14, she had decided that circus training was the perfect mixture of physical challenge, beauty, grace and risk-taking, without competition. She enjoyed the trust and equality of the artform. With circus, “it was so clear that you’re standing on people’s shoulders, you’re catching, you’re flying, there is no room for competition,” she says. “I was really attracted to that essence and it has stayed with me 20 years later when I became a creator myself.”

The significance of teamwork has motivated her throughout her career, helping her travel across the country with Cirque du Soleil, and even becoming the company’s injury prevention and training specialist. Now that she runs her own company, she is able to take her commitment to artists one step further by frequently hiring her performers post-contract to work as coaches in the Cirque School.

“I’ll find somebody to cast in Troupe Vertigo, and I’ll likely keep them employed,” Gavre explains. “As we know, the arts industry can be very difficult for us to stay fully employed. Everything is freelancing and can be very tight, chaotic and stressful for young artists.” 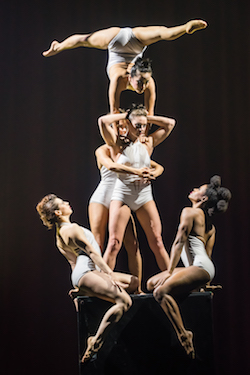 To help guide performers during these times, Gavre also acts as a mentor for artists who are trying to figure out the next steps in their career. While mentoring, Gavre noticed a trend. “I felt, especially for the women, very guilty about what was available out there,” she shares. “I was like, ‘Wow, I never had to go through this.’ I came up from a generation where we were all kind of uniquely the same, gender-wise. Of course, the men are often times stronger or more powerful and would be the bases, but I never felt sexualized. I never felt like I had to be in a certain glittery outfit that showed more skin than I wanted, and it seemed like in this era we were starting to move in that direction and I realized that it didn’t sit right with me.”

That feeling set Gavre and Troupe Vertigo on a two-and-a-half year journey to explore the obstacles that women face. The process of which hit home for Gavre and the all female cast. “I kept giving myself limitations for whatever reason,” she says. “Knowing how hard it is to tour with shows, knowing cost restrictions, all of that kind of melded into the fact that I wanted to only have five women and I wanted them all to be able to perform a 65-minute show, which meant they all needed to come from incredibly unique backgrounds so they could all donate something individually and then create our own movement technique within that extremely unique skill each individual has.”

For the dancers, the doubts and limitations came from their expectations of each other, “We would always think, ‘The one who is 90 pounds and under five feet is not going to be able to do this,’ and yet she does,” Gavre says. “That’s me as a feminist creator putting that limitation onto her, so we kept catching ourselves saying, ‘ I cant trust you, I’m 130 pounds; how are you going to hold me?’ It was like, ‘We’re going to figure it out because this is exactly what this is about. We can’t be limiting ourselves into what our true potential could be.’”

When Gavre’s partner Camphuis witnessed this in the process, he introduced a physical limitation — boxes — as a symbol for the doubts we place onto ourselves and others. “If we continue to give these physical limitations, [the boxes] truly are the metaphor of what we feel, often times what women have to go through,” Gavre explains. “I will say in society, but frequently it is women doing it to themselves. We put the limitations on ourselves. Having dancers, acrobats and contortionists not have the stage floor to feel comfort on. What started to happen was an incredible amount of discoveries, where each person was honored in their own navigation to make that journey and honoring themselves. Not feeling like they are limited at all but actually when they persevere against the adversity, that’s when they are really at home with themselves, and the whole show and creation process embraces that.” 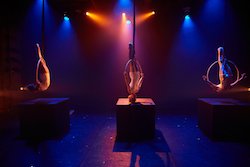 As for the performance of Tableaux, Gavre says it’s unlike any other circus show you’ve seen. “All of the aerial acts are seen in a compromised way, and the hoops are floating above the boxes by one foot,” she details. “As these aerialists are trying to navigate the box, it is incredibly scary. They are used to having freedom, and all that freedom has been taken away. What happens is that the thrill and ability to harness their physicality to uproot it allows for the visual eye to have the traditional circus acts be presented in such a different way that it really does become performance art, movement art. It takes it away from what we perceive as being circus.”

What started as an exploration of the challenges females face has developed into something much more meaningful for the artists. “What it has since become is something much bigger and much more fulfilling for myself, the women and audiences that see it,” says Gavre. “It really pushes and inspires the audience to honor their own individual journeys in life and not to allow ourselves to feel limited by pressures put onto our families, ourselves, our children. I hope that it is an incredible inspiration.”

This show has also been an inspiring journey for Gavre, who says, “It’s a very prolific moment for me to be bringing this show to San Francisco. I’ve worked on a lot of other types of shows, scales of shows, and this is the one that I am most proud of, and feel has the most potential to inspire an audience. To be bringing this show to my hometown and to be grateful that it was San Francisco that offered me this opportunity at the young age of eight, to train in the circus arts… To come back and honor that sensibility of the city is quite outstanding.”

You can witness this empowering and dynamic performance of Tableaux at the San Francisco International Arts Festival for a two-day run Friday, June 1, and Saturday, June 2. For more information, visit www.sfiaf.org.