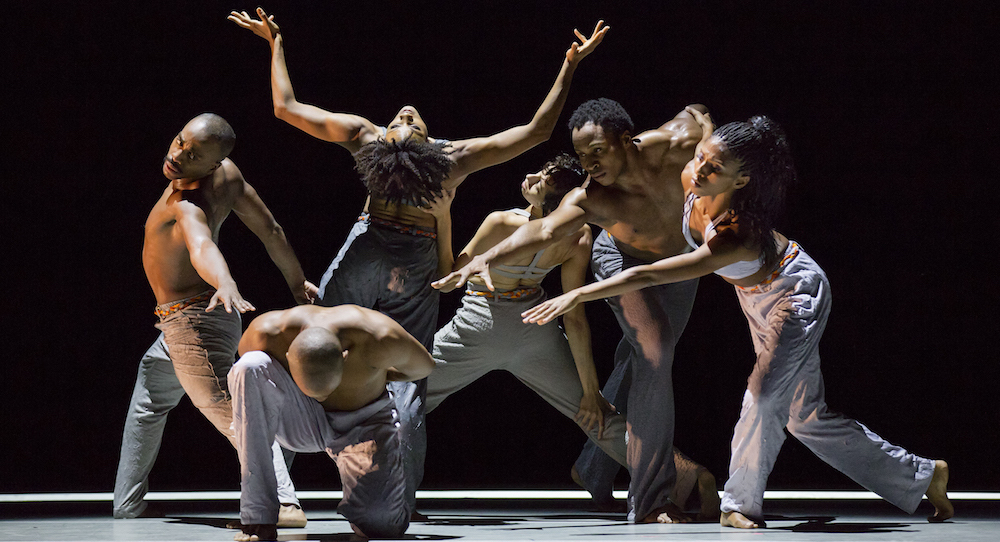 It wouldn’t be spring in Seattle without Alvin Ailey American Dance Theater’s annual visit. On a gloomy Friday, the company presented three works, each bringing a uniquely different atmosphere to the stage in what seemed like a night of time travel. 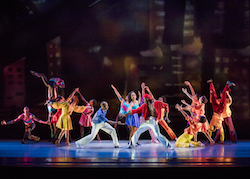 As the curtain rises, Stack-Up transports you to the 1970s disco scene. The cityscape backdrop inspired by Romare Bearden’s Under the Bridge paints a picture of urban L.A. You hear the funky music of Earth, Wind and Fire, and a Soul Train-esque procession of dancers serving visceral attitude enter the stage. The sheer energy the dancers give to Talley Beatty’s choreography is invigorating. With elements of jazz, disco and hip hop, they barely stop for the entire 22 minutes, adding cartwheels and backflips when you least expect it. With the neon costuming by Carol Vollet Kingston, you feel as though you are watching one of the most entertaining ’80s aerobics videos ever seen. Beatty adds depth to this theatrical piece by telling the stories of the people who live in this urban area, portraying the brutality and passion in a society of people who are literally “stacked” on top of each other.

Untitled America brings audience members into the private pain of the prison system and how it impacts African-American families. MacAurther “Genius” grant recipient Kyle Abraham seamlessly blends his known gestural movement to this fluid ballet, adding motifs throughout the piece that remind the viewer that freedom is ever fleeting in the prison cycle. While the atmospheric soundscape is narrated by former prisoners, you begin to understand just how this abusive cycle works against families. Through heartache, one narrator talks about finding love and forgiveness for her mother while both being in prison. Untitled America challenges audiences to confront these tough issues, igniting discourse. 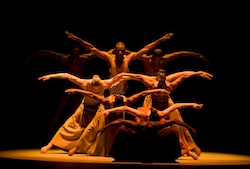 The night was capped with an outstanding performance of Revelations. By far the most well known in Ailey repertory, Revelations dives into the deepest despair and highest joy of the soul. Set to gospel songs and African-American spirituals, audience members danced in their seats, clapped along and stood for the entire 10-minute encore.

In an evening of laughter, tears and standing ovations, one thing is clear, the dancers of Alvin Ailey American Dance Theater continue to bring unfaltering passion and presence to every second of their performances.