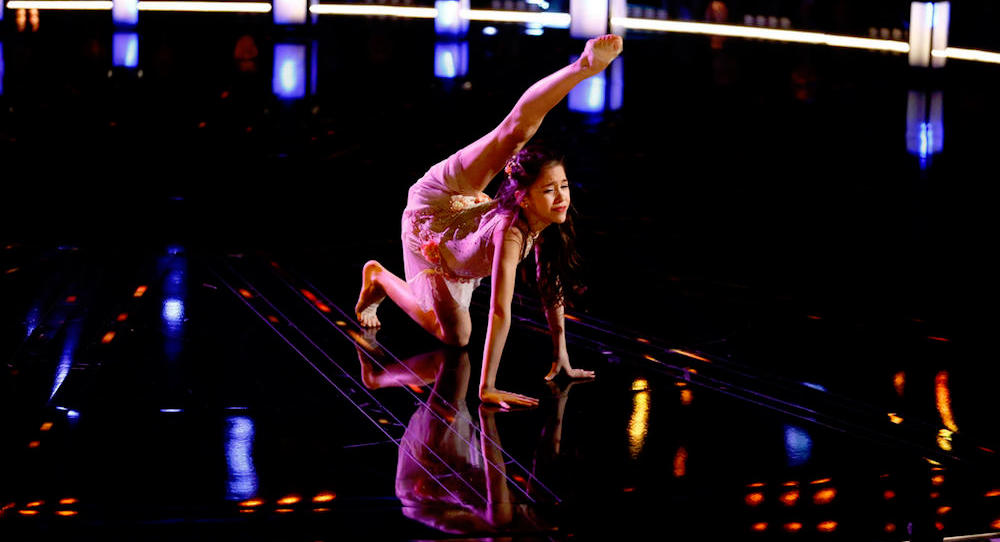 World of Dance, the world’s biggest dance competition, hit the television scene last summer and premiered with a bang. Dancers of all ages from around the world were granted the opportunity to meet in one arena for the chance to show their artistry as well as athleticism in any dance genre. This “Olympics of dance” brought some of the world’s best dancers to the forefront to compete for a chance to win one million dollars and the title “World of Dance Champion”. With a star-studded panel of judges, including Derek Hough, Ne-Yo and Jennifer Lopez, dancers went head to head in four rounds of competition in hopes of winning. 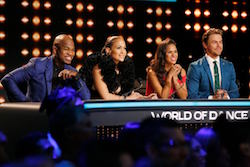 Within three divisions, including Junior (18 years and under), Upper (up to four dancers 10 years and older), and Team (five or more dancers 18 years and older), dancers had the opportunity to wow the judges in the first round of the competition — The Qualifier. The bar was set high from the beginning of this round as well-known b-boy group Super Cr3w took the stage. Their precision and unreal musicality throughout their routine wowed the judges, which earned them the chance to move on to the next round of the competition. Another standout performance in the first round of the competition was from Les Twins, hip-hop dancing twins from France. They stole the show with their electric yet robotic movement and musicality, leaving the judges speechless.

From then on, the qualifier round was the gift that kept on giving as soloists and groups alike brought fire to the stage, making it hard for the judges to look away. With that fire in mind, Swing Latino, a salsa group from Cali, Colombia, burned the floor with their unbelievably fast footwork, explosive energy and partnering work, which earned them a spot to compete in the next round of the competition. Bringing a change of pace to the competition, Keone and Mari, a married couple, dazzled the stage and the judges with their urban dance style. With a natural chemistry and a quirkiness like no other, they charmed the judges and were on their way to the next round. Fourteen-year-old Eva Igo also delivered a standout contemporary performance full of intensity but met with equal grace, which made her a force to be reckoned with as she moved on to the next round of the competition with a handful of talented dancers. 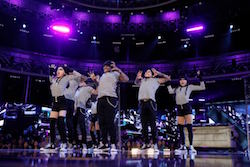 The second round of the competition, The Duels, stayed true to its name as dancers went head to head within their divisions to see who could take their performances to the next level after the judges’ critiques from the previous round. This particular round was one of excitement because those individuals/ groups who scored highest in their divisions had the opportunity to choose who they would compete against in order to move on to “The Cut”, the third round of the competition. Swing Latino, who set the stage on fire in The Qualifier round, went up against the Miami All Stars. While they both brought great enthusiasm and great partner work to their second routines, Swing Latino came out swinging with electric energy that kept the judges wanting more, and they advanced to the next round.

In a duel of the “tiny powerhouses”, Eva Igo chose to compete against Kyntay, a dynamic duo of sassy yet hard-hitting hip-hoppers. Although it was a duo against a soloist, Eva Igo held her own and brought a versatile piece to the stage that evolved from her first performance in The Qualifier round, which awarded her a spot in the third round of the competition. As the Duel round continued, it was evident that there was a lot at stake, and it showed in the judges’ scoring. Another pairing for the Duel that was a surprise to the judges was 11-year-old Diana Pombo vs. The Posse. The Posse, a contemporary group of seven girls, went against the tiny but mighty Pombo to see who could grab their spot in “The Cut” round. While both of these performances brought emotional elements and maturity beyond their years, Pombo managed to capture the hearts of the judges with an emotional contemporary routine, putting her through to the next round.

“The Duel” round was a heated one as the other routines faced each other in hopes of getting closer to winning the prize, but “The Cut” was a round of equal enthusiasm and excitement as World of Dance welcomed guest judge Misty Copeland to the panel. During this round, the five remaining acts for each division were vying for two spots that would put them through to the Divisional Final and place them one step close to the World Final. With such a well-known dancer added to the panel, the pressure was on for the performers. This round was one of growth for each division, and the creativity was an aspect that the judges looked at closely. 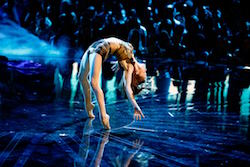 After many emotional performances from all of the groups, the judges were faced with the difficult decision of who to put through to the Divisional Final. One thing was certain, the performers were determined to stay. The best of the best could not begin to describe the last few groups left to compete. For the junior division, Eva Igo faced her equally small but fierce competitor, Diana Pombo. In the upper division, Les Twins went head to head with Keone and Mari, and Swing Latino went up against Kinjaz. Only three acts would make it through to the World Final: Les Twins, Swing Latino and Eva Igo. Three very different styles of dance took to the stage for one last chance to prove why they should win. After two performances from each group, the decision was left to the scores to crown the winner. Les Twins won the World Final with an average score of 93.8.

The first season of World of Dance was just the beginning for this #1 hit summer show. The second season promises to bring even more fire as the first. A whole new level of talent will grace the World of Dance stage as dancers from all over the world will compete for the title of “World of Dance Champion”, as well as one million dollars. With a new season comes new genres and a new spin on the artistry that is dance. Every dancer has a story when they perform, and two standout performances to look out for in this new season are soloist Jaxon Willard and duo Sean and Kaycee. World of Dance is here for a second round to see who will captivate the judges and “steal the show”, just like Les Twins did last season. You don’t want to miss it!

Also, NBC has just announced that the show has been renewed for a third season. There’s so much still to come!