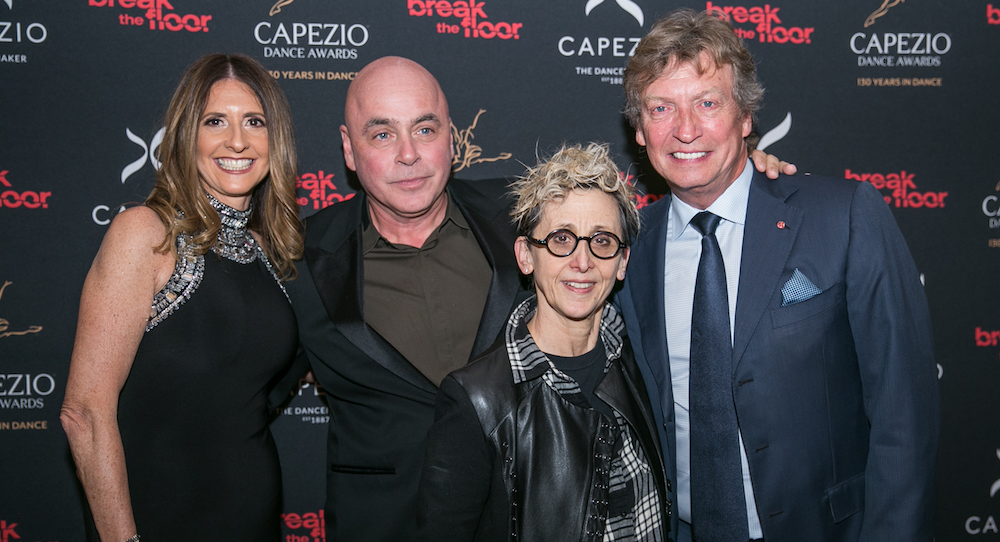 “It was a feast of dance tonight,” said host and past award recipient Nigel Lythgoe, of So You Think You Can Dance (SYTYCD). “That was the joy of it. The performers tonight were magnificent.” 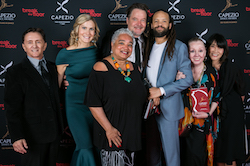 We were also treated to outstanding performances by Whelan, Dorrance Dance and Wiggles, alongside other talents of the industry like Mike Minery, Ian Eastwood, Anthony Morigerato, Lex Ishimoto and Taylor Sieve of SYTYCD, Nevada Ballet Theatre in Carousel by Christopher Wheeldon and more.

“I was really impressed with every number, and the level of talent was phenomenal, but if I had to pick a favorite, the ballroom couple ‘DNA’ had just flawless timing and every ingredient that you would wish for in a piece,” shared tap icon Tony Coppola.

DNA, from Jennifer Lopez’s World of Dance, was so proud to perform in celebration of Capezio’s 130th anniversary.

“It’s incredible,” said Denys Drozdyuk of DNA. “It’s a huge honor for us to dance at such a prestigious event. Capezio is such a huge, iconic organization that stands for quality, so to be invited to be a part of such an event is such an honor.” 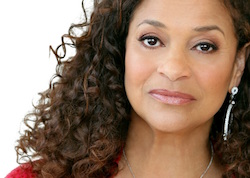 Debbie Allen, presented with a beautiful heart-felt introduction by tap legend Savion Glover, was honored with a Lifetime Achievement Award. Giving a speech about perseverance against all odds and the power of dance, Allen, and all the performers, reminded us of the special gift we share.

The atmosphere was that of a reunion with industry leaders, creators, performers and visionaries all excited to be sharing such a special evening together.

“I can’t believe how many people I’ve seen that I haven’t seen in years,” Coppola said. “I got about a foot in the building and the entire Capezio family came up and we had a grand reunion. It’s just so nice seeing everyone, and everyone’s been so warm and supportive.”

Young Taylor Sieve, runner-up in the most recent season of SYTYCD, felt that this coming together was representative of what Capezio is all about. “Capezio brings people together,” she shared. “It doesn’t matter what kind of dance you do. It’s such a well-rounded company that supports so many different art forms.”

Ishimoto was clearly inspired by the event, sharing, “It’s really surreal because this is a celebration for dance. Not often enough does dance get celebrated like this. I think it’s a truly special moment, especially because it’s the 130th for Capezio.”

Sieve agreed, adding, “It was so cool to be able to share the stage with so many legends and icons of the dance industry in all the different styles!”

Street dancer Ian Eastwood was humbled to be a part of the celebration, performing alongside his personal idol, Mr. Wiggles, in a wonderful tribute to the icon of hip hop.

“The craziest part for me was getting to dance on stage with Mr Wiggles,” Eastwood said. “It was literally a dream of mine come true. I honestly never thought I’d have the opportunity to perform with him on a stage together. I’ve been watching videos of him since I was 10 years old! He has inspired me so much as a creator, an innovator, entrepreneur and historian of a culture.” 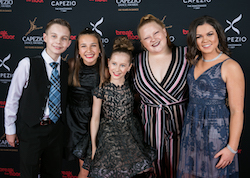 Anthony Morigerato, who gave a staggering tap solo that was the talk of the night, was elated to give back to a company that has supported his passion for tap.

“I’ve been wearing Capezio K360s since I was 14 and for my entire professional career, so to be here to represent a company that has done a lot for me is a great honor and to be among so many other great artists of such magnitude,” Morigerato expressed. “Capezio’s legacy inspires me tremendously. To even be a small part of the company’s history is deeply humbling.”

And the sentiment that echoed at the after-party was that of appreciation for the Capezio family who have never wavered in their commitment to dance.

Joe Lanteri of New York City Dance Alliance explained how everyone felt, saying, “What I love about Capezio even more than the longevity of the brand is that it has remained intact within the family, and to know the Terlizzis and the Giacoios now all those generations later is a wonderful story and a story that should be celebrated, which is why we’re all here.”

Award recipient and Capezio Athlete Michelle Dorrance was so humbled by the recognition given to her by Capezio that she felt like she couldn’t accept it for herself. After a triumphant performance by her company Dorrance Dance, she said, “Honestly, it’s totally ridiculous. I don’t even know what to say! It’s a tremendous honor. But it’s absurd to me because I’m standing here in the room with Dianne Walker, one of our masters, and Savion Glover, who is a revoluntionary and a teacher of mine, so the only way I can accept it is to know that it’s on behalf of my generation, on behalf of these amazing dancers whom I work with, all the peers who inspire me and all the young people coming up.” 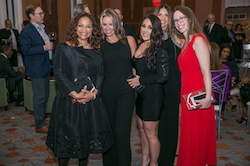 Dorrance, obviously edified by the experience, added, “What this really means to us, as tap dancers especially, is that those who create our instruments, which are our shoes, our voice, are acknowledging tap dance. Capezio is acknowledging and supporting this art form.”

With 130 years of innovation and commitment to dance, every patron at the Capezio Dance Awards felt proud to be a part of the celebration. As Lygothe exclaimed, “You’re talking about the history of 130 years! With a company that started with just one man and built and built, they now provide ballet shoes, tap shoes and more to the world of dance.”

As Drozdyuk of DNA put it, “At some point over these past 130 years, Capezio became synonymous with dance!”

Congratulations to all the awardees, performers and the entire Capezio family and staff who, with dedication and passion, have inspired us all to dance.