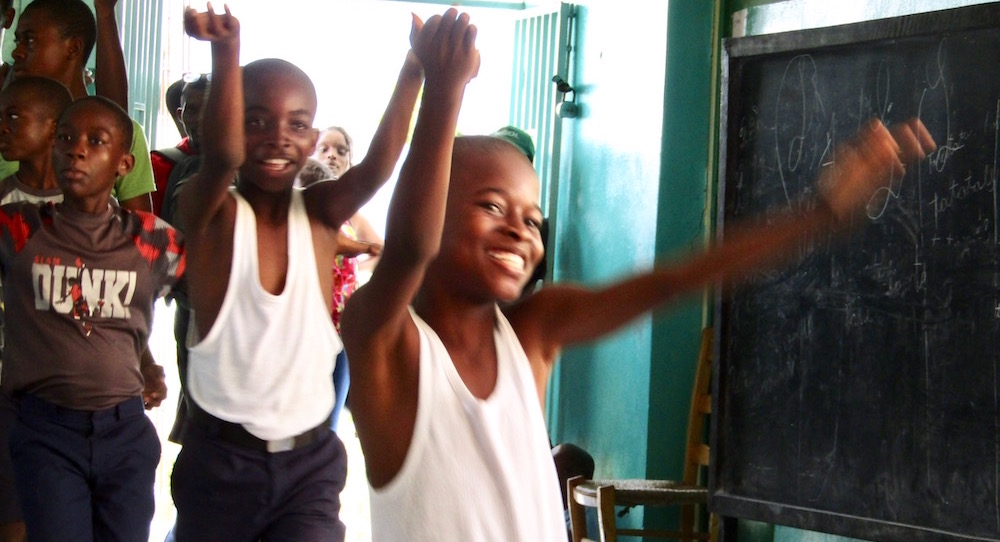 Some people may never get to feel what it’s like to sail through a clean double pirouette or fly through the air in a grand jeté. Some people would really, really love to dance but are physically unable to do so. But all people should be given the chance to try, or to hear music and feel it within their own body, and to believe that they, too, can dance.

Broadway’s Babies is a non-profit organization that is devoted to bringing arts education to children in need in New York City and around the world. Earlier this year, Broadway’s Babies started a dance program in Haiti for children with special needs. Now, those children receive dance, music and visual art lessons four days a week. 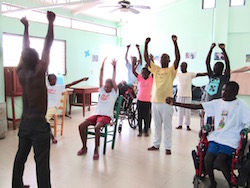 When and why did you start Broadway’s Babies?

“Ben and I were paired as music teachers in the fall of 2015, while working with the ASTEP (Artist’s Striving to End Poverty) arts camp at the Shanti Bhavan Children’s Project in Tamil Nadu, India. Spending time with the children there was a profound and life-changing experience for us both, and we decided while we were there that, when we returned to NYC, we would find a way to continue to help them in whatever way possible.

At the time, I had been working as a Broadway vocal coach/voice teacher in NYC for 15 years, so our initial idea was to put together a concert in the spring of 2016, featuring several of my Broadway students with the hopes of raising enough money to send one music teacher to India that year to help continue music education at Shanti Bhavan. 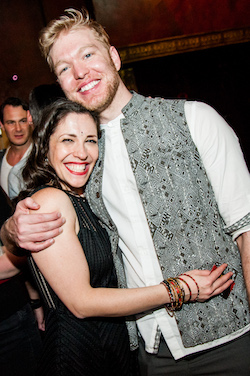 Much to our surprise, the concert was such joy and a success that we quickly threw another in the fall. Now, only two years later, we have had five successful benefit concerts (four in New York City and one in Richmond, VA), featuring some of Broadway’s finest performers such as Michael Cerveris, Julia Murney, Laura Michelle Kelly, Jarrod Spector, and James Whiteside and Cassandra Trenary from American Ballet Theatre. These concerts, along with a few generous donors, help fund all of our programming.”

What are some of your missions with the organization?

“The mission of Broadway’s Babies is to give a voice to the voiceless, using the arts as a bridge to bring education, compassion and possibility to children in need around the world. Our goal at this time is to join forces with existing non-profit organizations to help provide the funding and teaching artists needed to add arts education to the beautiful programs they have created.

Currently, we send music educators to work with the Shanti Bhavan Children’s Project; fund a conservatory arts program that employs four Haitian teaching artists in Jacmel, Haiti; and have two after school arts programs in NYC, working with the children at the WIN (Women in Need) homeless shelter, and the children at Urban Assembly School for Global Commerce.

We truly believe that introducing the arts to children, especially children in need, provides an opportunity to discover a safe environment to express themselves while learning valuable life skills such as listening, communication, patience, self-discipline, self-respect and team work.”

And what’s the program you have started in Haiti for children with special needs through Broadway’s Babies? 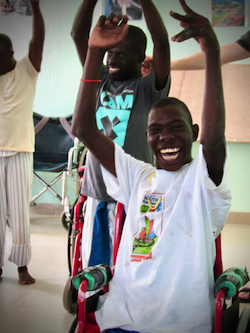 “In 2017, Ben and I joined forces with the non-profit organization, Hearts with Haiti, and traveled to Jacmel, Haiti, to spend time with another amazing non-profit called Wings of Hope, a home and refuge for the disabled. After working there for only a week, it quickly became apparent to us how much the children would benefit from arts programming, so we began plotting and planning. Our goal was to create a sustainable conservatory program by hiring local Haitian performing artists/teachers for the children at Wings of Hope, and to also serve the underprivileged children at the adjoining local public school, Lekòl Sen Trinite.

In January 2018, our dream came true. We were able to hire four Haitian teaching artists who teach drums, visual art, dance and guitar/piano to the children at Lekòl Sen Trinite four days a week as a part of their everyday school curriculum, in addition to spending one day a week with the children at Wings of Hope. We just visited this past March to see the program in full force, and we were thrilled to see what a difference it was making to have the arts as an outlet available to these beautiful children, and also how important it was for them to be learning from role models within their own culture. It’s been a huge success and we couldn’t be happier.”

Why do you think it’s important to offer dance opportunities for these children?

“The arts have been a huge part of Haitian culture, so it’s very natural for the children to sing and dance and express themselves in a communal way through performance. What we learned from our Haitian dance teacher, a brilliant dancer named Gerard Joanis, is that the kids of today have very little exposure to the tribal dances and music that has been a part of their culture throughout their history. Having a Haitian teacher is allowing them to learn about their history and to help their traditions and folklore continue on through song and dance, so they can learn more about who they are and pass that along to the generations to come. 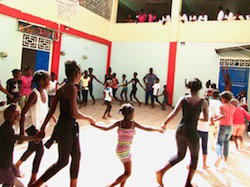 With the disabled children at Wings of Hope who are so often trapped inside of their bodies physically, dance class allows them the chance to move in their own unique and beautiful way. It gives them a space to feel included and able in a way that they rarely feel amongst everyday society. In a country like Haiti, where being disabled is often considered ‘cursed’ due to the beliefs of local culture and tradition, life at Wings of Hope gives them a space to be free to grow and develop simply by being loved for who they are. Adding the arts into this program only further enhances their growth and self-worth. It’s extremely powerful to see them light up and challenge themselves in ways that they normally would never have the opportunity to. They loveit.”

Why do you think dance is a powerful healing and learning tool?

“Dance provides a wonderful space for children who have lived through trauma to release their feelings. It’s a safe space to channel emotions through, and it allows them to express with their body what is often too difficult to express with their words. The practice of dance is also extremely empowering because it requires discipline and self-respect, which creates a type of structure that is often missing in the lives of underprivileged children, while at the same time allowing them the discovery of the joy and release of self-expression.” 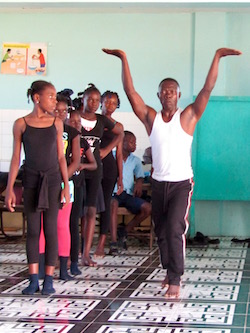 What are your upcoming plans and hopes for this program?

“We are very excited at the prospect of how this conservatory program can grow over the next several years. We plan on continuing the relationship with both the children at Lekòl Sen Trinite and the children at Wings of Hope in the upcoming school year, and plan on adding a choral component into the programming. We also are aiming, over the next few years, to create an arts camp in which we would bring performing artists from the U.S. to work with the Haitian teachers to work with the children at both schools.”

You recently held a gala to support the program, featuring appearances by ABT stars. How was that a success?

“We recently had a fundraising benefit concert at the Highline Ballroom in NYC that featured over 20 Broadway performers, as well as two brilliant members of ABT, James Whiteside and Cassandra Trenary. This was our fourth benefit concert in NYC, and by far our biggest and best yet. Our main goal with these concerts is to raise enough money to be able to fund our existing programs, and our hope this year was to raise enough to fund additional after school arts programs at high schools without arts education in NYC. Thanks to the generosity of our performers and our donors and attendees this year, we were able to raise over $20,000! We are still in awe of how our tiny seed of a dream has turned into a beautiful and ever-growing reality, with so much possibility ahead of us. We can’t wait to raise even more in our next concert!” 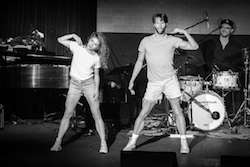 What’s been the biggest lesson or reward to come from founding Broadway’s Babies?

“The biggest lesson we’ve learned so far creating Broadway’s Babies is that most people we come into contact with really want to help make this life a better place; they just don’t often know how. There is so much that is troubling in the world right now that it often feels overwhelming and impossible to make a difference, so they end up doing nothing, and end up feeling helpless. Our program creates a bridge so that people can directly help children in need. Every dollar donated goes directly into creating the possibility of a better life to a child who was born into unfortunate circumstances. Every volunteer and performer who works within our programs gets to spend time with children to whom a smile or a hug or a compliment will make a difference for a lifetime. Change begins with our children, and every child who is given the chance to have a better life is one more seed planted for the future. Broadway’s Babies exists so that no child falls through the cracks.”

To learn more, donate or sign up to be a volunteer or guest performer for Broadway’s Babies, visit www.broadwaysbabies.com.