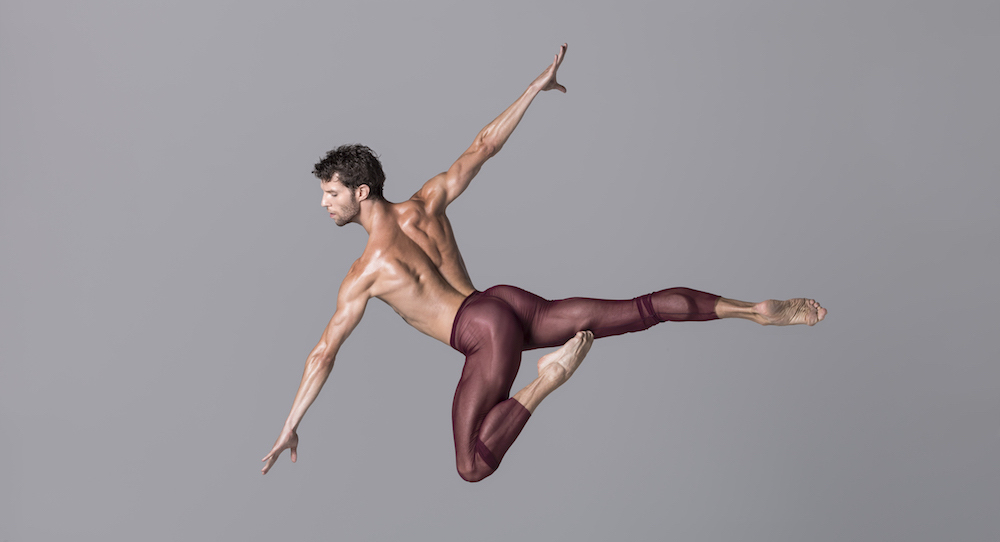 American Ballet Theatre (ABT) Principal James Whiteside is not your stereotypical premier male danseur. He’s got an edge. Whiteside started as a competition kid, training at the D’Valda and Sirico Dance and Music Centre in Fairfield, Connecticut. He didn’t go away to ballet school until he was 16, but his teacher, Angela D’Valda, says he was a wonderful student with definite potential – good muscular structure, musicality, a strong work ethic and immense creativity. But he was also “an extremely good kid tied in with a touch of mischief,” she describes. 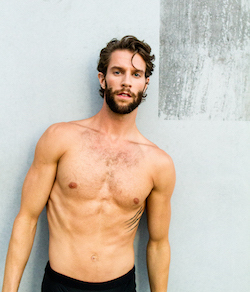 Whiteside has since blossomed into a star, and he credits his competition roots for making him successfully viable. He has been cast as every male lead in ABT’s classical ballet repertoire. He’s got over 116,000 Instagram followers to toot, yet he humbly says he’s just “a human”. And he leads a fulfilling life outside of ballet, performing as pop/dance artist JbDubs and as a member of drag queen posse The Dairy Queens. To top it all off, he’s laid back and funny. What is not to love?!

Next up, Whiteside performs in ABT’s colorful new ballet, Whipped Cream, choreographed by Alexei Ratmansky and with scenery and costumes by surrealist artist Mark Ryden. With all of Whiteside’s goings-on, we had to learn more about him. Here, read on about his journey and positive outlook on dance and life. His wide-eyed spirit is infectious!

At what age did you start dancing, and what got you into it? 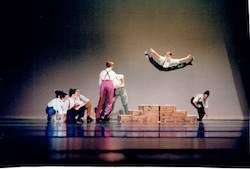 “I started dancing at age nine. I had tried various sports, all of which I was hideous at. One day, my mother threw me the phone book and said, ‘Find something to do! You’re driving me crazy!’ I found an ad for a local dance studio. The ad showed a woman being lifted overhead by a man supporting her with only one hand. It looked like the circus, which is where I belong. I told my mother about it, and we promptly drove to the dance studio. I took a few trial classes and was hooked!”

What dance styles did you study when you were younger?

“I started with jazz, tap and acrobatics, all of which I lived for. In order to advance a level in jazz class, my teachers (Angela D’Valda and Steve Sirico) require that you take a certain amount of ballet classes to advance a level in other styles. Genius, really. I wasn’t taking many ballet classes, so I started taking more. I thought it was truly the most boring thing on the planet, and sometimes I still do!” 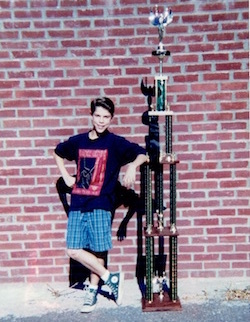 And you were a competition kid? What was that like?

“I adored competitions! They were like little sleep away camps. I don’t recall ever getting that nervous. However, if I didn’t win, or my group didn’t win, I was disappointed. I’m the same now! My school won various awards. Most notably, my teachers consistently won choreography awards, and our school became known for its inventive numbers and virtuosic young dancers. I wouldn’t be a fraction of what I am today without them.”

The competition circuit is much different than the serious classical ballet training. When did that shift for you happen? What drew you into the ballet world?

“My teachers suggested/forced me to audition for the ABT summer intensives, and I was admitted to the NYC program. What a wake-up call! I was very behind in ballet. The intensives showed me how beautiful ballet can be and gave me that maniacal obsession that most ballet dancers have: the obsession to be the best. That beautiful, mad, unobtainable goal.”

Do you think your competition background had any benefits to your career, and/or did it hinder you in any way? 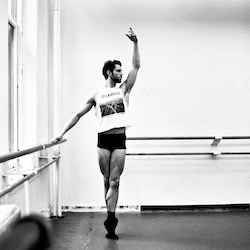 “I don’t believe in ballet school. It’s the wrong way to do it. Having been trained in so many styles – jazz, tap, acrobatics, African, tango, hip hop, ballet – I have an edge, an adaptability. My earliest opportunities in the world of ballet came from my versatility, which choreographers pick up on like a hound sniffing out a fox.”

What do you think of Alexei Ratmansky’s new ballet, Whipped Cream? It looks wildly colorful and intriguing, with its colorful sets and costumes! What makes this ballet special?

“This ballet is going to be a smash. It’s the right length, the casts are magnificent, the sets and costumes are singular, and the choreography is wild and funny. Alexei nailed it!”

“He can be exasperating at times, but I adore him. At this point, I feel I know what he’s going to say even while I’m dancing. My friend and colleague, Isabella Boylston, and I often say that if he’s the cult leader, we drank the Kool-Aid. His ability to push a dancer to new heights is extraordinary, and his work speaks for itself.”

What are some of your favorite roles? And do you have any dream roles or ballets?

“My favorite ballet is Frederick Ashton’s A Month in the Country. It’s perfect. Google it. My dream role is Frank-N-Furter in The Rocky Horror Picture Show. However, I’m not sure he’ll be making any appearances in ballets any time soon.”

You have a huge social media following and presence, and I’m sure you’re an inspiration and role model to many younger male dancers. How does this make you feel, and what would you like to say to your followers?

“I’m not a role model; I’m a human. Every ‘follower’ I have is also a human, his/her own human, free to make his/her own choices. My choices are not based on how I perceive I will be perceived; they are based on the question I ask myself: ‘Does this bring me joy?’ I have a strong sense of social justice, and I am unapologetic. I’ve gotten a lot of pushback from conservative ballet lovers that I am too ‘weird’, to which I say ‘You don’t know weird.’” 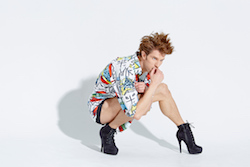 “I’m having an excellent time! A friend of my father’s asked him once, ‘Do you know what James is doing?!’, and my father replied, ‘Yeah! He’s having fun!’ If I want to do something, I’m going to do it. Judgment doesn’t scare me. Only Judy can judge me!”

What’s been the best piece of advice you’ve received?

“I follow RuPaul on Twitter. He’s funny, intelligent and has a tweet series he calls ‘Mama Said’. One of my favorites is, ‘Unless they paying your bills, pay them…no mind.’ As an artist, criticism is part of the game. I’ve gotten very good at sashaying past the haters.”

What do you want to say to readers? 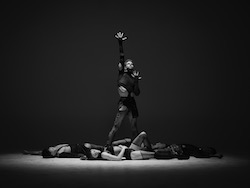 James Whiteside. NYC Piece Of Me. Photo by Nisian Hughes.

Catch James Whiteside and the dancers of ABT in Whipped Cream, which runs through July 1, at the Metropolitan Opera House. For tickets, visit www.metopera.org/Season/2017-abt/Whipped-Cream. And for more information on Whiteside, head to www.jameswhiteside.org.