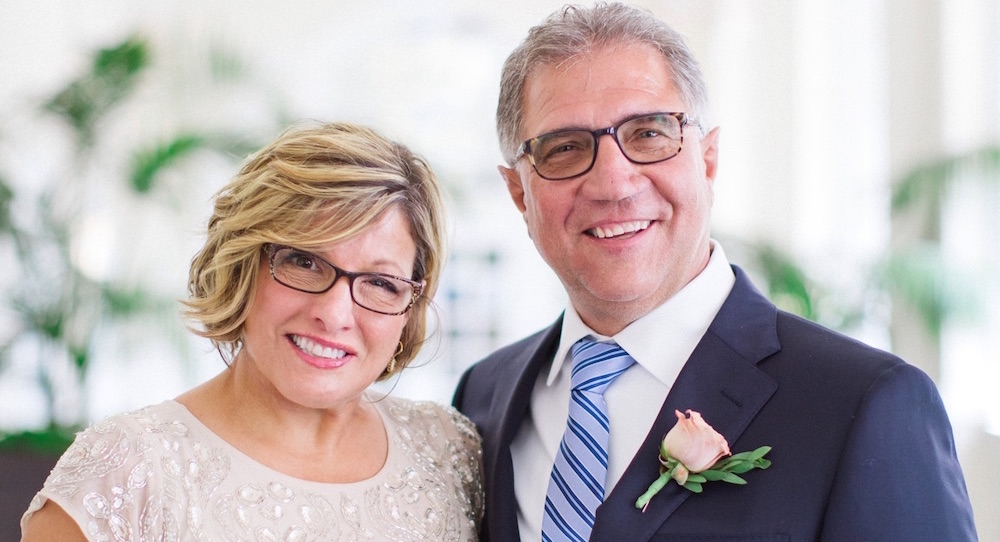 Just For Kix is a company like no other. Truly, it’s more than a company. It’s a dance empire, one that has been a trusted leader in quality programming and products for more than three decades. The organization can be split into six categories: Youth Dance Programs, Dancewear, Performance Wear, Team Customwear, Camps and Special Events. And one family and their dedicated team of more than 850 employees lead it all.

The Dawn of Just For Kix

Just For Kix Founder and Executive Director Cindy Clough recently opened up about the company’s origins and how it developed into the multi-faceted business it is today. “Everything started when I was coaching a dance team at our local high school, which I still am doing 41 years later, believe it or not!” she shares.

The Brainerd High School Dance Team in Minnesota gave Cindy quite a reputation in her community, causing people to come up to her and say, “How do you do what you do? How do you get them to do this?” In 1981, her team won state and their style was infectious, leading many to ask Cindy to offer public youth classes.

Cindy recalls, “My team danced at a local Girls Scout Banquet, and afterward, the mothers rushed up to me and said, ‘Oh my gosh! Would you ever teach this to children?’ This was about as much thought as I put into it: ‘Okay!’ So then I started teaching children. I had 90 kids sign up overnight!”

The fire was lit, and it was catching. Cindy started her Youth Program named “Just For Kix” in Brainerd, but within a couple years, it had begun expanding into other communities. She’d train teachers to lead the programs because she couldn’t possibly lead them all.

Around this time, Cindy’s husband, Steve Clough, started to help with the books at night, making sure all newly hired teachers were being paid. Cindy explains that the fledging organization was still so “by-the-seat-of-our-pants” at this point. 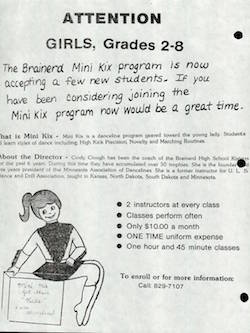 In 1984, the first Youth Camp was held in the summer, launching what would become another incredibly successful facet of Just For Kix’s empire. Cindy said this development led them toward the next company experiment and expansion.

“People were always asking where they could get merchandise, and I’d constantly be copying off other people’s catalog pages, saying, ‘Oh, this is where you can get gloves,’ or ‘Here’s where you can get tights.’ Then, all a sudden, I was like, ‘Duh! We should be selling this!’” In June 1989, Just for Kix opened Dance Etc., a catalog business.

“It was more of a Gift Catalog,” Cindy recalls of the beginning stages. “It included items like figurines, pictures. It had fewer dancewear items – dance basics but no dance fashion because fashion would always change too quickly to be the focus of a catalog. Now with the Internet, you can have dance fashion pieces. But back then, we’d focus on the staple basics that’d be around long enough for the catalog.”

It was in 1990 when Just For Kix finally moved its operation center out of the Clough home, nine years after it held its first Youth Dance Program class in Brainerd.

One of the biggest advancements for Just For Kix was its extension to begin its own manufacturing in spring 1995.

“Back then, we were basically selling other people’s things, but now we’re manufacturing our own, too,” Cindy says.

Today, the company still does both, allowing customers to shop for products by brands like Capezio, Bloch, Sansha, Adage, Danshuz, Pastry, Body Wrappers, Gia-Mia and Under Armour, while still producing its own in-house brand items like the Alexandra Costume Collection. 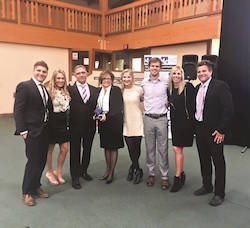 Special events like the Just For Kix Outback Bowl Performance Tour sees hundreds of student dancers perform in both pre-game and halftime shows at the Outback Bowl in Tampa, FL. Every year, dancers from across the United States get to perform in front of 60,000 Outback Bowl fans.

“We take a lot of pride in it,” Cindy says. “Our group that runs it just really wants to deliver and make it better than the year before.”

Since 2010, Just For Kix has continued to move forward, further advancing its services and updating its sales strategies. About five years ago, Just For Kix officially launched its MoveU Line, which creates custom team apparel. Like previous expansions, MoveU started with Just For Kix basically being its own biggest customer, thanks to the thousands of kids in its youth programs. Now, the MoveU line is being used by “football teams, bicycle racers, wrestlers and so on,” shared Cindy. 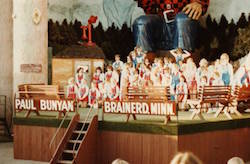 While Just For Kix has been producing dance costumes for quite some time, it formally launched its distinct Alexandra Costumes brand last August, unveiling its new look and publishing its exclusive catalog and website. The gorgeous performance wear, created uniquely by dye sublimation is already becoming known for comfort and exceptional design.

Meanwhile, Just For Kix is still distributing over a million copies of its dancewear catalog every year, providing everything from the latest leggings to leotards, performance tops, tights, dresses, dance shoes and even cosmetics.

Reflecting on the Past, Looking to the Future

Cindy and Steve’s daughter, Alexandra Clough, who’s the professional dancer, choreographer, instructor and designer the costume line is named after, is amazed when she reflects back on all her parents have built.

“My mom and dad built this company purely on hard work,” Alexandra says. “It started as a small company in the basement of their home and has now grown to employ 800+ people. My mom had a passion for dance, and my dad supported her 100 percent. Their unique abilities allowed them to grow as a team and become the successful business they are today.”

Steve notes that through everything Just For Kix does, the core focus remains to “Enrich Lives, Instill Confidence and Build Character.” One of the company’s core values is quality service, adding value to all they do. 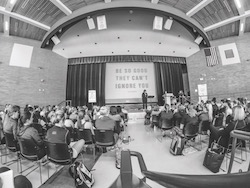 Steve says, “I believe Just For Kix has had a far-reaching impact on the dance industry over the last several decades. This is evident in the number of teams and studios we have worked with throughout the United States. We have attracted very talented dancers who have become dance instructors with our company, teaching throughout the U.S., both in camp settings as well as private team instruction. I believe we have had a positive impact as a company in our teachings by not only providing great choreography but also sharing values that those who come in contact with us can take with them in all aspects of their lives.”

He continues, “From a product perspective, I really believe we are a trusted brand in the dance industry since we go above and beyond to be sure our customers are pleased. We will do whatever it takes to give our customers a great experience when they work with us.”

Cindy concludes that if she’d been told 35 years ago when teaching the high school dance team that she’d own a massive multi-faceted dance business with more than 850 employees across numerous states in 2018, she wouldn’t have believed it.

“We never would have thought it would wind up this big,” she says. “Never in a million years.”

For more information on family-owned and operated Just For Kix and its incredible history, visit www.justforkix.com.