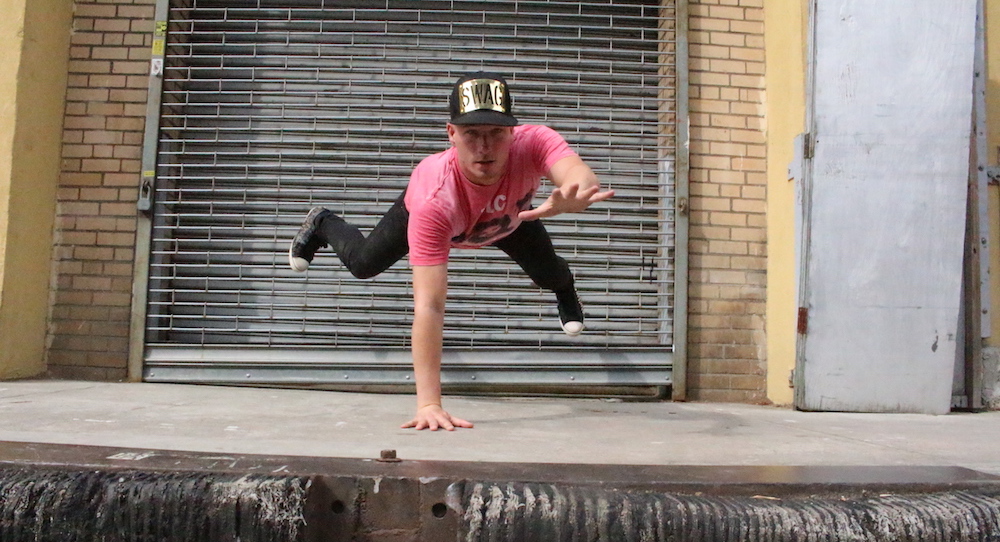 As choreographers, our mind is constantly flowing with ideas. We see the formations and movements we want to incorporate into our work before we set them on dancers. In a sense, we are the painters while the stage is our canvas to create some of the best art imaginable. There is nothing more fulfilling than your vision coming to life. Imagine having this incredible yearning to choreograph at the young age of six. To go a step further, imagine having a knack for choreographing before you have stepped foot into your first dance class at age seven. This is Derek Mitchell’s earlier experience in becoming a choreographer, as well as a dancer. Although it may not have happened in the order expected, Mitchell has shared an appreciation and deeper understanding of the art of dance from an early age. 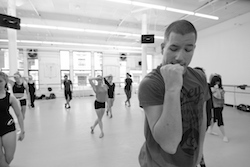 Derek Mitchell teaching contemporary at Steps on Broadway. Photo by Paul B. Goode.

Mitchell tells Dance Informa, “I was always fascinated with so many different aspects of dance. It was not always about the choreography, but more importantly the context in which it was being presented — the theatricality.”

During his 35-plus-year experience, Mitchell has lived the choreographer’s dream. Besides having a variety of credits in film, stage, music videos, commercials and more, Mitchell is credited as one of today’s most sought-after choreographers. While incorporating his versatile approach and utilizing every style of dance, the number of projects that Mitchell has done is outstanding. Some of his many projects include choreographing 15 contemporary jazz and street jazz duets and group pieces for So You Think You Can Dance Ukraine, choreographing the NBA Playoffs Nationwide Flash Mob event, and The Wendy Williams Show‘s fifth season TV Commercial.

While these are just some of the amazing opportunities that Mitchell has had, there is one project that has been life-changing for him as a world-renowned choreographer. While teaching in Paris, Mitchell received an email that any choreographer would dream of: The first national tour of Hamilton the Musical wanted him on board as its resident choreographer. It would be safe to assume what the answer would be when approached to tackle this project, but Mitchell’s initial response was slightly different. 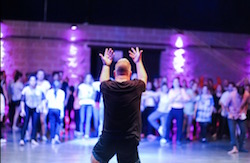 “To be completely transparent, my gut response was ‘no’,“ he admits. “I have always worked so hard to make sure that every step I take in this industry is a progressive step and an earned one. However, I knew that this experience would be life-changing, and I desperately wanted to learn and study again. After all, the best way to grow is to get far away from yourself in whatever way possible.”

With this new project under his belt, Mitchell was on a journey to bring his versatile dance style and background to the Broadway stage. This task, although exciting, was met with great challenges. There were many moving parts that contributed to making the first national tour a success. Hamilton is a three-hour musical in which most of the ensemble barely leaves the stage. With two turntables, seven staircases, a multitude of quick changes and 75 minutes of choreography added to the equation, Mitchell met this challenge with open arms. 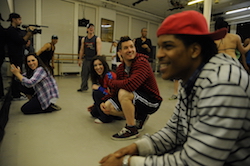 “The experience was definitely the most challenging of my career,” he shares. “The cast of the first national tour was amazing, but the job doesn’t stop there. The job was more about maintaining a healthy work environment for the company in the theaters and keeping the machine that is Hamilton well-oiled and safe.”

For Mitchell, it was understanding the intention and purpose behind each step and where it came from that made the process go smoothly while choreographing. Working in such a detailed way with an equally talented cast is what brought the first national tour of Hamilton to life. Mitchell will be sharing the gift of Hamilton with dancers at New York City’s Steps on Broadway on February 26. Mitchell will be leading a master class, where he will be teaching repertoire from Hamilton and providing audition tips. Those in attendance will be afforded an inside look at what to expect when auditioning for the show.

“I will give the dancers two combos from the show, as well as on-the-spot feedback on what Hamilton is looking for from a dance perspective,” says Mitchell. “I will also provide insight into how to book the show.” 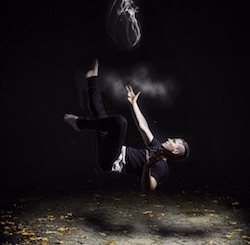 In addition to giving tips on booking shows such as Hamilton, Mitchell also offers an essential tip to benefit dancers who are auditioning or will be auditioning that has helped with his success: be you. With this in mind, Mitchell has set his sights on future projects that he would like to pursue, which include teaching in LA, NYC, Canada and internationally. He also plans to work more in concerts, music videos, as well as TV and film. Although he has these projects in mind and various others under his belt already, Mitchell’s work on Hamilton has made a lasting impact on him.

He says, “Out of all the projects I have worked on, I would say Hamilton has definitely raised the bar for me the most. I can’t wait to see what is next!”

To register for Derek Mitchell’s Master Class at Steps on Broadway, to be held Monday, February 26, 2:30-4:30pm, visit www.stepsnyc.com/classes/guest-teachers-master-classes.