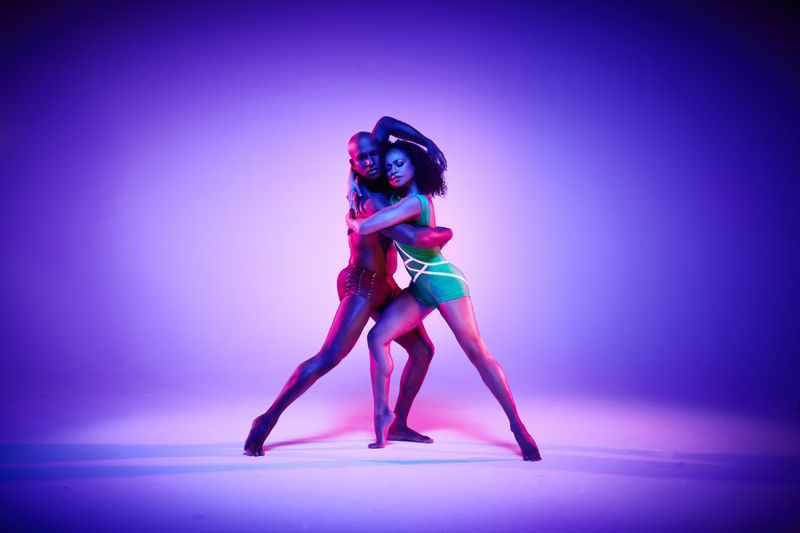 In many classical ballets, Broadway shows and contemporary works, there is a love story. Two characters, with passion, find each other, and the dancers tell the tale with such commitment that the audience feels as if their love is real.

Sometimes, those dancers take their bow and then go off their separate ways. But other times, the dancers’ love was real, and each day, they enter and leave the theater together, as a couple.

In honor of Valentine’s Day, we feature five couples who share not only love for each other but also the common love of dance. And they all just about make our heart melt. 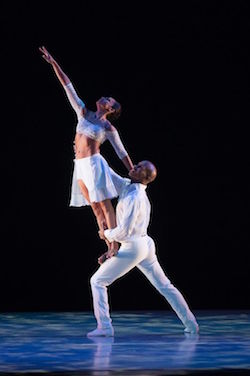 Glenn and Linda have spent many of their dancing years together, in the same company and as a couple. They joined Ailey in the late ‘90s and married fairly young – he was 25, and she was 24. And while they acknowledge that no marriage is perfect, they say that open lines of communication and respect for each other’s space have helped keep them together for 20 years.

Early on in their relationship, they didn’t dance together often, besides the ballet class they’d sometimes take as a date. But within the past 13 years or so, Glenn and Linda have been partnered mostly with each other.

“I would love to only partner Linda,” Glenn shares. “She is conscious of her body, the organization of where it needs to be placed in space and is constantly aware of her classical ballet line.”

“It’s incredible to dance with Glenn,” Linda says. “I can close my eyes and know he’ll be right there to catch me.”

Glenn says his favorite part of being with another dancer is that she understands not only the physical demands of the profession but also the emotional elements involved as well. “She understands what it means to have the opportunity to share our lives on stage in front of many people, and to be vulnerable enough to expose ourselves as human beings,” Glenn explains.

Linda adds, “There’s a connection that I feel doesn’t happen with anyone else. It’s as if we are breathing as one.”

“But I don’t believe Valentine’s Day is the only day you should show your loved one how much you care about them,” Linda reveals. “I feel it’s more real when you surprise someone when they didn’t expect it, or when Glenn sends me text messages of ‘I love you’ first thing in the morning. We try to keep our relationship just like when we first met. And we’re still in love!” 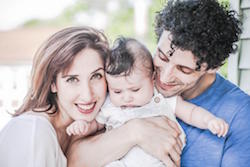 Not only do Lasha and Ekaterine share a decade-long marriage, but now they also share a one-year-old son, Nicholas. The two dancers often performed together before joining Boston Ballet, and since joining the company, they have been cast as the sensuous Arabian couple in The Nutcracker.

They say the best part about being in a relationship with another dancer is their shared knowledge and professionalism, and they love watching and learning from each other. In addition, Lasha says, “Another part was becoming friends.”

Their Valentine’s Day plans? “We are still thinking about what to do,” Ekaterine says. “Honestly, it doesn’t really matter where we go as long as we are together. Any kind of present is the best from each other.” 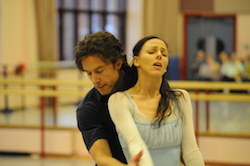 Matthew Lawrence and Gaylene Lawrence in rehearsal for ‘Romeo and Juliet’. Photo courtesy of Lawrence.

Perhaps Matthew and Gaylene were always destined to meet and fall in love. Both from New Zealand, they were born in the same hospital, in the same month (a year apart) and dedicated much of their life to ballet. And for the past 20-plus years, they’ve spent their life together both in and out of the studio.

Both former dancers with Birmingham Royal Ballet, Matthew and Gaylene were often paired together. “I think [Director] David Bintley liked the chemistry and spice it added to a show,” Matthew says. “We’d often hear stories of audience members commenting on us being a real-life couple. Especially if it was something like Romeo and Juliet; it gives a little authenticity and immediacy to the performance.”

“As a real-life couple performing an intimate role – which most story ballets are to a degree – it enables you to go further emotionally,” Gaylene adds. “You’re more present, and it always felt that we gave our best shows as a couple. We used to joke, when dancing separately, if the audience didn’t respond much, it was because we weren’t dancing together. (There’s a little truth in every jest!)”

With a long career – and life – together, Matthew and Gaylene have been able to share every high, low and in-between in each other’s career. “We carry our stories together,” Gaylene says.

What do they have planned for Valentine’s Day? “Nothing,” Matthew says. “Um, I mean something…something romantic.” 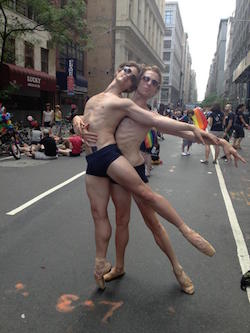 When Billy and J Ryan got together six years ago, they became a package deal. Not only were they spending time as a couple, but they began to travel the globe as dancers and teachers together, and continue to go on tour as teachers.

And even though they share these similar interests, they still complement each other with their own uniqueness. J Ryan, for instance, says he’s the one to pack travel essentials that help them save money on the road and have a healthy atmosphere.

“In my book, this includes cooking herbs and spices, skin care products, products for prodding at our body’s maintenance sake, incense, frankincense and myrrh, a Namaste blanket for the bed…and a partridge in a pear tree,” J Ryan shares. “Basically, I drive Billy crazy with the process, but in the end he’s happy for it… I think.”

“Performing together is, I think, a great preparation for a life together,” Billy says. “You get to celebrate your partner’s skills and share your own simultaneously. It’s basically a model for a balanced relationship. It’s been an amazing learning experience for both of us and something very special we have shared.”

This Valentine’s Day involves work – Billy will teach and rehearse with his company – but both hope to have a nice, calm evening to enjoy with each other. 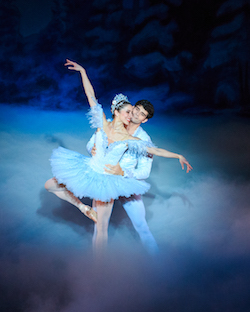 Perhaps it was just a coincidence that Rex and Allison were both dancers; maybe they would’ve met up even if they didn’t share the same profession. “I married my friend, not a ‘dancer’,” Rex says, after all.

The now-married couple has been together for eight years, and although they don’t perform together too often, this season, they were both cast in a new work by Africa Guzmán, Serenade and the Snow Pas in The Nutcracker. “We really enjoyed the experience of being on the Joyce Theater stage dancing together in Africa’s piece,” Rex explains. “Our families were there, and it was special.”

On being in a relationship with another dancer, Allison says, “I think about other people who are married and have different jobs and how they don’t really know what their significant other does all day. We are so lucky to be together to experience life in the same place. The challenging part is both being exhausted at the same time! So, we go out to eat a lot because nobody feels like cooking.”

And that may be the case this Valentine’s Day, as Rex and Allison will be working, with Ballet West’s production of Cinderella running February 9-25. “We never get to enjoy Valentine’s Day!” Allison says. 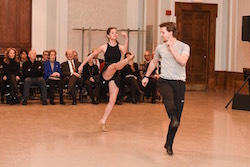 Despite their different disciplines, adorable couple Daniel and Danielle, who have been dating for over a year-and-a-half, perform together quite often.

“It is exhilarating,” Daniel shares. “To be able to look across the stage and see an electric smile and pure energy are enough to power small cities! Our upbeat energy overflows and really wants to connect with the audience. We want them to enjoy themselves as much as we get to enjoy each other.”

Danielle says a non-dancer may not understand all that a career in this art form entails, but “Daniel helps me process and appreciate the wide spectrum of trials and triumphs the industry presents. Together, I think we’re ears to listen, brains to pick, shoulders to lean on, and hearts to learn and love with.”

Daniel and Danielle seem to enjoy the simple things together as well – laughing and eating ice cream, to name a couple. When asked what their Valentine’s Day plans are, Daniel says, “I believe I have to dance at New York City Ballet. We are performing Romeo and Juliet, which I suppose is appropriate, but I will definitely be having dinner and ice cream with Danielle! It is really the little everyday things that make us so happy.”