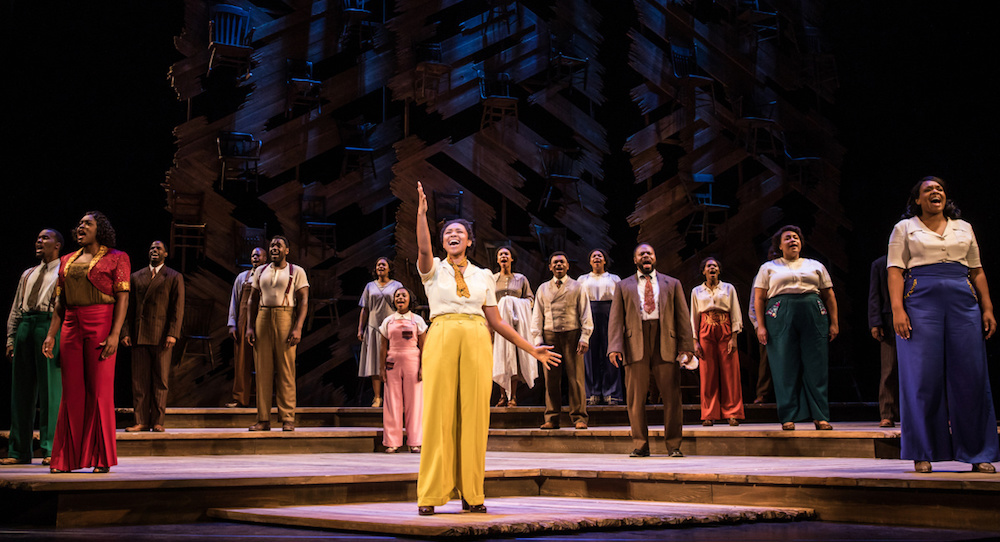 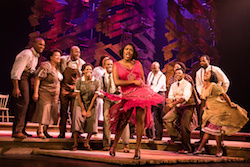 The Color Purple, a powerful Tony Award-winning Broadway musical based on the novel by Alice Waters, is set in rural Georgia, 1910-1940, but the National Tour of the new revival feels as fresh and poignant today as ever. On Tuesday, October 24, the cast brought the house down as they played to what felt like a hometown crowd in Atlanta, Georgia. The audience felt as much a part of the performance as the actors with frequent bursts of laughter, gasps and affirmative outbursts of “oh yeah”. They leapt to their feet at the end for a cheering, hollering, Southern, standing ovation.

This historical story is painfully yet powerfully relevant in today’s charged cultural climate. It is fundamentally a story about the power and strength of women. Adrianna Hicks, playing the lead character Celie, gave a nuanced, tender and brilliantly believable performance of the abused and voiceless girl growing into a strong woman who has to find her independence. While her closing performance of “I’m Here” brought the audience to cheers, it was her duet of “What about Love” with the talented Carla Stewart as Shug that broke your heart. 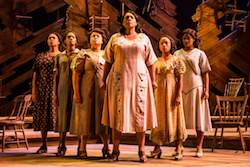 The standout performer of the evening, among a spectacularly talented cast, was Carrie Compere as Sofia. Her forceful raw emotion in the song “Hell No” resonated to the very back row and seemed to release the collective rage of all women throughout the ages who have wanted to stand up to misogyny, abuse and discrimination. In spite of tackling some darker themes, this is a beautiful story of hope, love and much laughter. The ensemble shined in the spirited and joyful songs “Shug Avery Comin’ to Town” and “Miss Celie’s Pants”.

The minimalist sets are manipulated expertly by the cast and allow the story to be the main focus. The earth-toned costumes make way for the bright colors of the ending costumes to especially pop, representing the irrepressible joy of the human experience. The only problem with this performance was that it was difficult to hear the performers in the beginning due to a possible sound system issue. 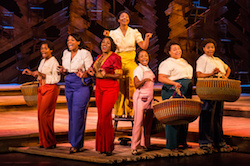 Even with a cast of talented male performers, the men’s performance seemed dwarfed by the women of this production. Gavin Gregory playing Mister was the clear exception. He brought it home in the song “Celie’s Curse”. Reminding us that while abuse could perpetuate a cycle of pain, it doesn’t have to define a person’s life.

The Color Purple is a story of hope and redemption and reminds us that through action comes change.

By Emily Harrison of Dance Informa.