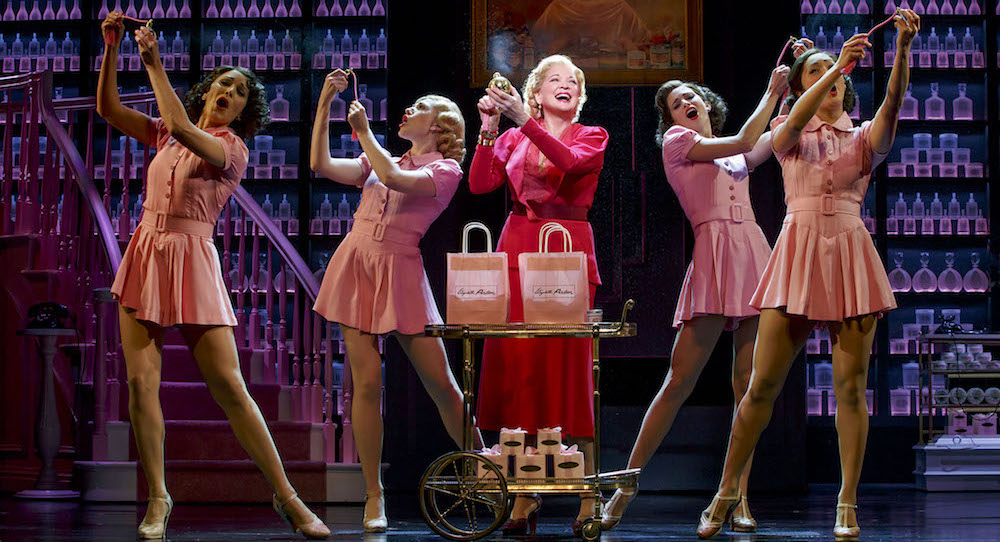 As dancers, we buy and wear a lot of makeup — red lipstick, false eyelashes, peachy pink blush and so much more. But have you ever wondered about the history of the makeup industry in our country? A new Broadway musical, War Paint, explores the complex careers and personal lives of legendary makeup entrepreneurs Helena Rubenstein and Elizabeth Arden (played by Patti LuPone and Christine Ebersole, respectively). The poignant original musical illuminates the challenges behind each woman’s impressive career (racial discrimination, strained relationships, legal battles and unfair gender standards, just to name a few). But the show also underscores the magic of makeup, the pleasure in self-care and the brilliance of female beauty. 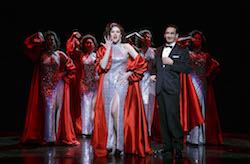 With an original book and two of Broadway’s reigning divas on the marquee, War Paint, choreographed by Christopher Gattelli, is one of the hottest tickets in town. Dance Informa was lucky to speak with Mary Claire King, who is making her Broadway debut as part of the show’s ensemble. Read on to see what it was like to be a part of the out-of-town tryout for this new musical and to be sharing the stage with two Broadway icons. Also, King gives us some great advice for dancers hoping to improve their vocal chops in the musical theater world.

Where are you from? How did you get into dancing and performing?

“I am from a wonderful, small midwestern city, Columbus, Indiana. I was very lucky to have grown up in a vibrant arts community, surrounded by fabulous teachers and peers. I’ve been singing for as long as I can remember, joining church choir and then a professional children’s choir in fourth grade. And while I started dancing and performing in musicals around age five, I took a 10-year hiatus to pursue sports. By high school, I had looped back around to theater and dance, falling so hard and fast in love that I knew it’s what I wanted to pursue. In both high school and college, I had incredible mentors — dance teachers, voice teachers, acting teachers, drama coaches and choir directors — who all helped me grow and ultimately pushed me harder and farther than I could have ever imagined.”

What was the initial audition for War Paint like?

“The initial audition was a dance call, and I remember getting the appointment only two days prior. I was really nervous because the audition was in very early January, maybe days after the New Year, and I was still in that holiday daze. I had to teach four group fitness classes that morning, and I did my makeup in the cab on the way to the audition — a classic New York moment! I arrived with just enough time to change, and no one knew what to wear because it was a brand new musical! I saw so many Broadway veterans in that holding room. I felt like such a rookie among these gorgeous, established dancers. But when we got into the audition room, Chris Gattelli made everyone feel like he wanted to work with each and every one of us. He led one of the most fun, inspiring and supportive auditions I have ever been a part of. Something I found to be unique about the process was that Michael Greif, our director, and several members of the writing team (Scott Frankel, Michael Korie, and Doug Wright) attended this initial dance call. I had been so used to auditioning with only the associate choreographers or just one member of the creative team, so it was incredible to feel their presence and commitment to the project in the very first audition.”

How would you describe Christopher Gattelli’s movement style in War Paint? 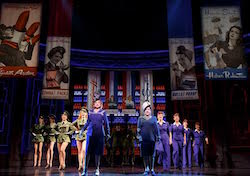 “Chris’s movement style is completely rooted in storytelling, which is what makes dancing his choreography so incredibly rewarding. He has created this wonderful blend of more free-flowing, organic phrasing and dynamic, punctuated moments. I think he’s done a brilliant job in designing physical motifs that immediately transport the performers and audience members into the world of the play. I’ve really, really enjoyed working with Chris because he is so committed to the story, and he runs his room in a way that welcomes dancer feedback and dialogue about the movement. He loves to know what you’re thinking about any particular moment in the story, and he loves to share what he’s thinking, which makes the process feel so collaborative and exciting.”

You play a number of different women throughout the show. How does the choreography reflect the kind of woman you’re playing (an Arden woman versus a Revlon woman, and so on)?

“Again, because Chris’s work is fully rooted in story, there is certainly a shift with each new character we portray. As we progress from the mid-’30s to the mid-’60s throughout the course of War Paint, it is thrilling to feel the movement take different shape with each new decade. The choreography in the first big number, ‘Behind the Red Door’, welcomes the audience to Elizabeth Arden’s salon, which is pristine, clean and exclusive. The physical phrasing is very distinct and particular in this number, as the ‘Arden girls’ of the time were expected to hold themselves with the utmost poise and confidence. Each girl was hand-picked by Miss Arden herself, and it was quite an honor to work for her. This elevation and sense of status is the driving force for the movement, which Chris has beautifully crafted. As we enter the 1940s with our wartime production number, the movement becomes even crisper, more deliberate and focused to reflect Arden and Rubinstein’s tenacity in a time of shifting priorities. And in the 1950s, we dance ‘Fire and Ice’, which turns the perfectly precise Arden phrasing on its head. In this number, the women use their sexual power in advertising Revlon nail polish, so the movement is much more explosive, dynamic and free. The entire number is performed as a television spot, so Chris has wonderfully integrated the presence of the ‘camera’ in our choreography.”

How has the dancing in War Paint evolved since its out-of-town tryout in Chicago?

“Since the out-out-town tryout, the dancing in War Paint has become even more clear and specific. Chris and Mark Myars (our associate choreographer) had the benefit of a beautiful baseline to return to after our five-month hiatus from the production. When we began rehearsals again in January, it was so exciting to hear what thoughts and small new details had been marinating. In all, I’d say the actual choreography remained very similar from the first version, but the specificity behind the movement is what grew.”

Does being on Broadway differ from performing elsewhere (regionally, on tour)?

“Being on Broadway really is amazing, and I mean that whole-heartedly! Everyone collaborating on the production is operating at his or her highest level, and there is so much support. And to make it even better, you get to go home to your real home at the end of every day, which makes a huge difference. Yet one of the most comforting revelations I had in preparation for our first preview and, ultimately, our opening night was that I knew how to be in a show. It sounds simple, but I had held Broadway on such a pedestal that I suddenly became worried I wasn’t ready and needed extra time to work on the same level as the veterans. What I soon realized, however, is that at the end of the day, it’s doing a show. You still have to rehearse, you still have to go through tech, and you still will barely feel ready when you have your first audience! I realized that everyone — whether you’re me or Patti LuPone or Christine Ebersole — everyone has to come into work and begin again each day. That’s the beauty of live theatre; it will always be a new experience.” 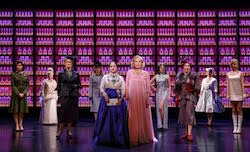 War Paint is certainly a heavy singing show. You have a lot of solo bits (both singing and acting) and cover a role. What advice would you give to dancers who want to become stronger singers?

“Sing every day, either just for fun or actual practicing. For me, this comes naturally, so I have to focus more on dancing a little every day, whether I’m taking a class or practicing a balance or just dancing in my bedroom. Take voice lessons if it’s important to you to be able to sing solo. Keep working. It’s the same with dance and flexibility — your voice is a muscle, and it needs to be exercised regularly. For me, I had to ‘fake it ’til I made it’ with dance. I imagine it’s the same thing. Decide you’re going to do it, take steps to improve, and keep going.”

You’re performing on stage with two of the greatest leading ladies on Broadway. How does that feel?

“Honestly, insane. I feel so lucky to be at work every day. I truly love what I do and am so grateful.”

For ticket information, visit www.warpaintmusical.com. To learn more about Mary Claire King, check out her website at www.maryclaireking.com.