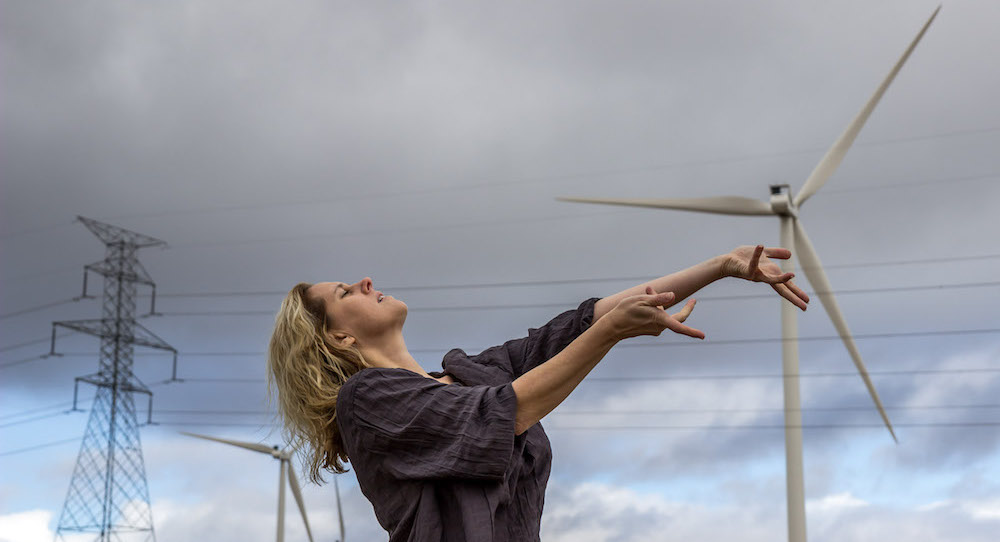 People, being people and thus seeking the greatest gains, have always tried to find and stick with the most effective ways of work. This is common across sectors and disciplines, in for- and not-for-profit ventures, including those in dance. Every so often, however, an entity changes course from the prevailing model. 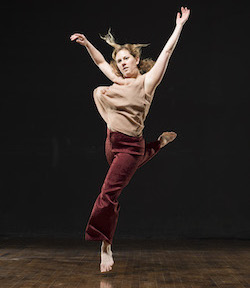 Those at the head make decisions to do so sometimes out of necessity, sometimes out of choice and sometimes because of a mixture of both. Margi Cole’s The Dance COLEctive (TDC) is such an entity that has stepped outside traditional structures and norms. Dance Informa recently spoke with Cole about the company’s recent shift. The Chicago-based company has been a contemporary ensemble for 21 years.

Cole fondly describes how many company dancers had danced for her for many years, staying with her in the sometimes difficult creative process. From that, they built meaningful working relationships. They came to learn how to work together, as artists and as individuals, in deep and cohesive ways. On the other hand, “it got harder and harder to present dance in proscenium spaces, uphold the expectations of a ‘company’ model, and to be accountable to those in the room who are working for you,” as well as to funders and board members, Cole explains.

At the same time, she was yearning to more deeply explore her artistry as a performer and as a collaborator. It got harder and harder to reconcile with those urges and still keep that accountability, she says. After much soul-searching and feedback from trusted others, she decided to shift course. A press release from the company states, “TDC, as it reaches its 21st birthday (March 8, 2017), announces a fundamental shift in its mission, organizational structure and artistic focus.” 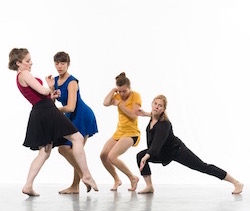 This shift includes a “move from maintaining an ongoing ensemble of dancers to a project-based structure, hiring dancers as projects dictate, whether they are created and performed under the TDC banner, with other companies or in collaboration with other artists,” according to the press release. Cole herself will “engage in a solo-focused initiative during the next 18 to 24 months,” in which she will “dance and create/commission solos she intends for performance in a variety of traditional and site-specific settings.”

Cole, under that “TDC banner”, will also continue building a base of national and international residencies and mentoring opportunities for the development of new work and teaching. What, more specifically, is next for her? As mentioned, she indeed has projects into which she’s looking forward to delving. “Solo Swap”, for instance, is a structure in which she and collaborators will swap roles as choreographers and performing soloists – one in each role for a specific work and then vice-versa.

She has many dancemakers with whom she plans to collaborate, inside and outside of the university setting. Cole will also attend the Bates Dance Festival, as a student, this coming summer. “[Being a student] is something I value very much,” she shares.

And as for her former dancers? “Many of them are entrepreneurial,” she explains, going on to say that some are personal trainers, others dance educators and studio owners. Another is an entrepreneur with a somewhat surprising venture, as a dance artist and studio owner; she created, and currently markets, “Bark Pouch”, a dog treat similar to those fruit pouches with twist-off tops. 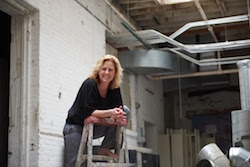 Cole explains that it means a lot to her to see these women, with whom she has worked collaboratively in the studio for many years, being female entrepreneurs and leaders. Cole is also a university professor, and she has shared similar values with her students – to be bold, to be a leader, to think outside of the box.

She points out that out of 10 skills listed as necessary for entrepreneurs in a basic internet search, all 10 are developed in dance classes and rehearsals — including discipline, adaptability, ingenuity, ability to work with others, to take constructive feedback and apply it. As Cole has given, she has received. “Funders in my community have always been ready to support me,” she shares. Part of this shift is an effort to be fully accountable to those who’ve supported her, Cole says.

She adds that such funders have told her she’s not the only one they’ve spoken with about making shifts away from ensemble, 501(c)3 dance company models. Dance Informa has also spoken with representatives of Thodos Dance Chicago, a company also moving toward project-based, non-ensemble work (those with the company were unable to comment further, as they’re in the midst of a busy period with a performance project). This appears, at first glance, to be a distressing trend. It likely means less stable paid work for dancers, for instance. 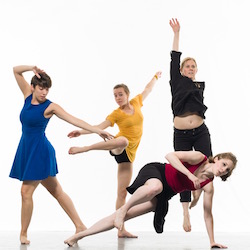 Cole, however, gave an impression of the shift as one of possibility rather than loss. She asserts that she wants to be a leader in demonstrating that there are models apart from the prevailing one in which to successfully present work and live a sustainable artistic life. “I want to be a leader in how people perceive artists, and how young people see they can be as artists,” she says. “[I want to show that] there are other ways that we can sustain ourselves as artists.” She concedes that she can’t, at this time, say exactly what those models are, but she encourages thinking more critically about what they could be, and what they have been in the past.

Another asset that Cole has demonstrated is more interpersonal – honesty. “We all make mistakes,” she states, “and the important thing is to be honest.” Perhaps sometimes that’s recognizing that a change is needed, sometimes a big and potentially scary one. Or maybe that’s recognizing the best new path is not one many others have tread before. But that is how new paths are laid down, and the world moves forward and through unexplored terrain.