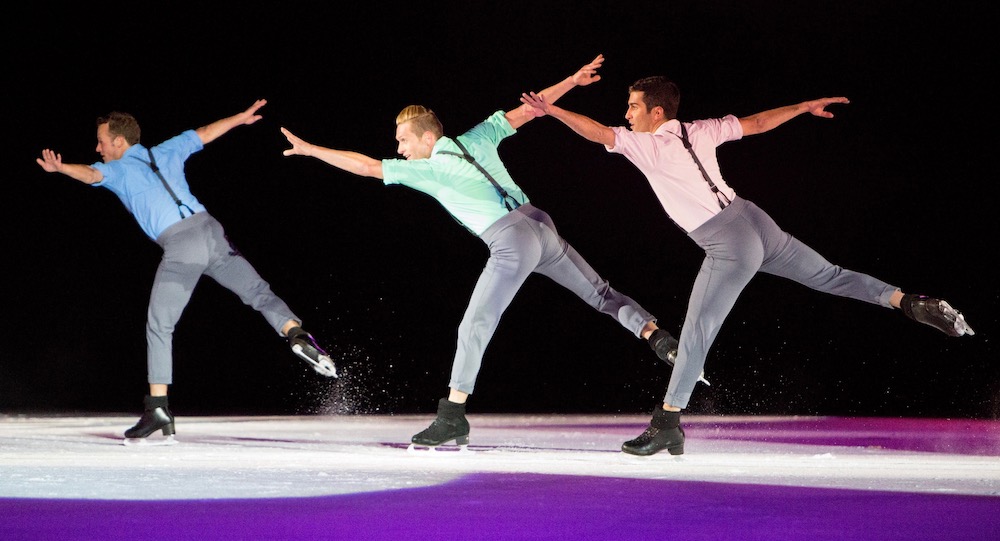 Ice skating. We think rosy cheeks and hot cocoa, or fancy judges and sequined dresses. But something like concert dance? Maine-based Ice Dance International (IDI) says yes! In fact, Artistic Director Douglas Webster shares how ice dance is a burgeoning form, growing from the work of pioneer John Curry. Webster was previously Artistic Director of Ice Theatre of New York, as well as the Creative Director of Disson Skating’s ABC show, Shall We Dance — On Ice. 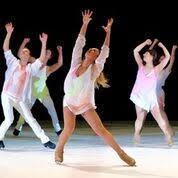 The IDI company, founded in 2014, will be dancing on synthetic ice at Jacob’s Pillow’s Inside/Out Festival on July 17, a preview of its coming winter tour of New England and New York City (with funding in part by an Expeditions grant from the New England Foundation for the Arts [NEFA]). The connection with Jacob’s Pillow occurred at NEFA’s Idea Swap, a pitching of ideas to the Jacob’s Pillow Executive Team and arts organizations across New England.

“Both NEFA and Jacob’s Pillow have been so supportive and gracious,” Webster shares. He explains how choreography will have to be adjusted to account for the realities of skating on synthetic ice but that the program will still be all about finding “flight and flow”. The style “embraces how we want to not feel static and not be bound to the elements,” Webster explains.

The program, called In Flight, will include a piece titled In Flight set to Ralph Vaughn Williams’ “The Lark Ascending”, another entitled Cool and Easy set to Chet Baker’s “As Time Goes By”, and a last one called Luminous set to Max Richter’s song of the same name. It will be full of Webster’s stylistic “skate 360” signature, a way of using the whole body and its planes of movement, of really dancing, while skating. He teaches this style in workshops and camps for U.S. Figure Skating. Sinead Kerr (a two-time European medalist in ice dancing and Olympian), Alper Ucar (a Turkish ice dance champion, now coaching with Marina Zoueva’s esteemed school in Florida), Nadine Ahmed Kerr (Sinead’s Sister-in-law), Aaron Gillespie, Matej Silecky and Liz Schmidt will dance the program. 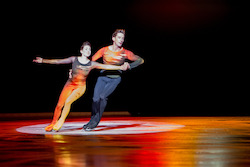 In a wider view, connections with the dance world were present from the company’s founding; iconic danseur Edward Villella was a founding member, along with Webster and Dick Button (the “Godfather” of figure skating, he says). Both Villella and Pillow favorite Trey McIntyre have created choreography for IDI, and former Bates Dance Festival Director Laura Faure has been an advisor to Webster, providing insight along the way. In years past, Webster has collaborated with dance luminaries Anne Carlson, David Parsons, Joanna Mendl Shaw, David Dorfman, Elisa Monte and Jacqulyn Buglisi, among others.

As time went on, after these early collaborations and years of working with many of IDI’s company members, some were facing retirement. Webster wanted to ensure that he could document their work and honor their performances, so he decided to create a couple of documentaries featuring IDI’s repertory — The World of Ice Dance InternationaI and In Flight: The Art of Ice Dance International. This approach also had the advantage of expanding knowledge about the company and its work, thus potentially expanding audiences as well. These American Public Television shows continue to air on PBS and public television nationwide through 2021. Current listings are on IDI’s website, and The World of Ice Dance International is available on Vimeo for purchase.

Webster explains how the company has two home bases, in Sun Valley, ID where the public television specials were filmed and Portsmouth, NH. Webster lives in Kittery, ME and the Board meets in New York City. “There are a lot of moving pieces, but it seems to all work out,” he says. 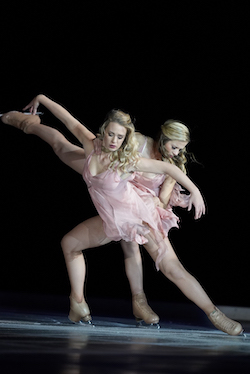 In Sun Valley and Portsmouth, Webster fully believes that the company “contributes to the economy and social fabric of the towns.” He shares how Sun Valley has a wonderful year-round outdoor skating rink, allowing the company to build and rehearse repertory in the mountain air.

The company also offers ice dance classes to both children and adults in both locations. This winter, in Portsmouth, the company will be in residence at The Strawbery Banke Museum, an Early American living museum with a seasonal outdoor site-specific skating rink of which Webster is one of the founders of. An amateur adult troupe under the umbrella of IDI dances a “candlelight stroll” during December weekends at the rink in a Currier and Ives-themed style as well.

Going forward, Webster wants to see these offerings to the local community expand. He also hopes to someday collaborate with other arts organizations in Sun Valley, including the Sun Valley Symphony and Ballet Sun Valley. Along with these initiatives, the company will continue to build and refine repertory. It’s all in service of that idea of flight and flow, to “bring beauty and transport people,” Webster shares. “It’s all been a gift, and a humbling experience.”