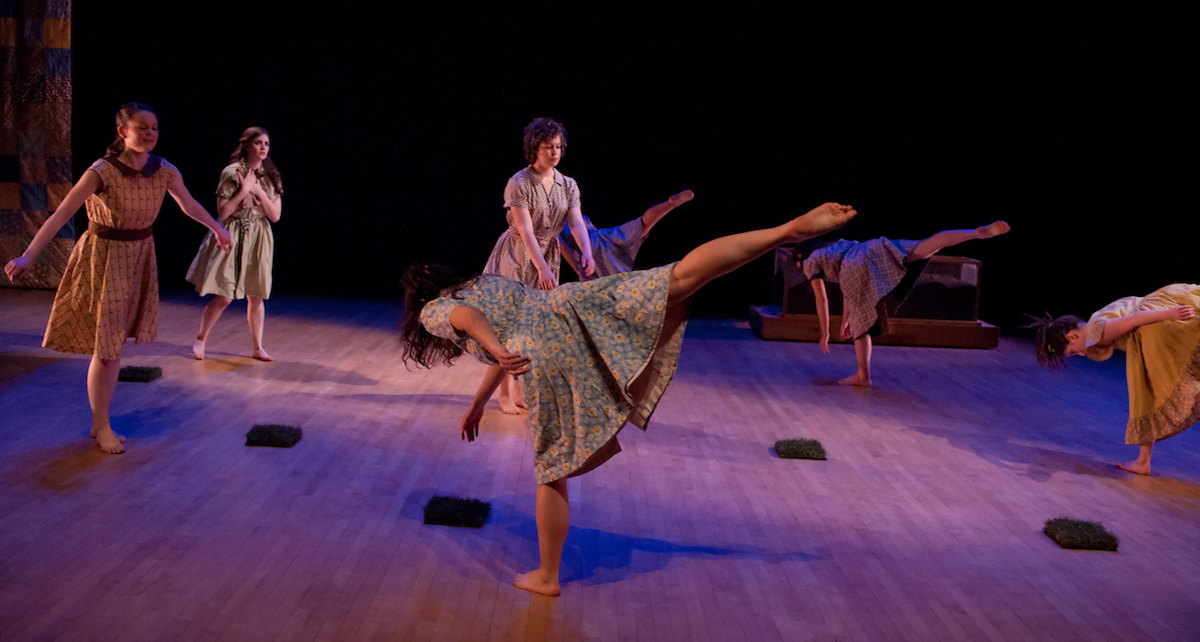 David Bayles’ Art and Fear (a great book a great teacher once recommended) has a line that reads: “Fears about yourself prevent you from doing your best work, while fears about your reception by others prevent you from doing your own work.” But how does an artist – who has to sell tickets to pay the bills – connect with her audience and still hone her personal aesthetic? What defines one’s “own work”?

Choreographer Angella Foster struggled with these questions as a young artist. “I was trying to make work based on what other people told me being a modern dance artist was,” she said in a recent Skype interview from her family’s home in Kentucky. As others hailed the virtues of abstract movement, she realized her heart was in storytelling. A native Kentuckian, Foster called the oral story tradition part of her “artistic DNA”. For her, stories provide inspiration and a way to meet her audience at a place of understanding.  “I want people to feel invited into the work as opposed to feeling like it’s some puzzle they’re supposed to figure out,” Foster said. 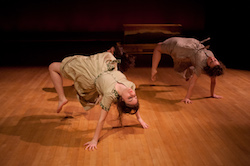 Part autobiography, part creative fiction, “Women’s Work” weaves together two stories – one spoken, one danced. Foster based the danced story primarily on her Granny Sadie’s memories of growing up poor in Kentucky, one of 10 children to sharecropper parents. Although it was the 1930s and ‘40s, the family lived what Foster called a “very Laura Ingles Wilder”, pioneer-like existence. In a two-room shack, her great-grandmother Hobbs kept her family safe, warm and happy despite a lack of running water or electricity. “She created a whole world in which they lived,” said Foster. “She made the blankets they slept under and the clothes they wore and the food they ate.”

As the mother of a three-year-old daughter, Foster said she’s amazed and inspired by that kind of resourcefulness. In response, she connects to the strong women who came before her by creating her own artistic worlds on stage. Using her degree in creative writing, Foster begins each process by journaling and reflecting on a story that resonates with her. In addition to choreographing and writing the text (which she incorporates directly or indirectly into her works), Foster also designs and builds the costumes. She likens the process to quilt-making – with her dancers contributing pieces to the whole – and calls the end products her “mini novels”. 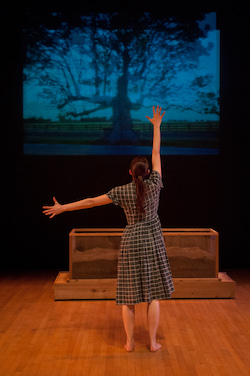 Loss is often a central theme. Foster crafted the spoken story in “Women’s Work” to weave together many elements of her family’s history. In writing the text, she ruminated on her childhood growing up with two siblings and a single mother who was schizophrenic. When Foster was 14 years old, her mother committed suicide. Despite the tragic loss, the choreographer remembers happy times and said her mother sewed, wrote stories and “made beautiful things”. Foster said, “She was a broken woman, but she loved us fiercely.”

With its narrative structure centralized on an all-female cast, “Women’s Work” illuminates Foster’s belief that women’s bodies are powerful and “not at all incomplete” tools for storytelling. For her 2013 work “Stargazing”, the choreographer spoke with NASA astrophysicist Amber Straughn before delving into questions of the cosmos. Although Foster said there was nothing specifically “female” about their discussions, she loved the idea of exploring the intersection of science and art through female dancers.

As part of alight’s mission, Foster continues to nurture women’s choreographic voices through a process of mentorship. When Phillips, who has been a company member for some years, expressed interest in choreographing, Foster felt compelled to offer resources and a professional performance venue. Set to bluegrass music, “Blue Mountain Express” follows the story of four women who meet on a train. This will be the first time alight has presented Phillip’s work. 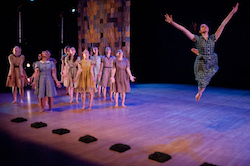 In part because of her collaborative spirit and commitment to mentoring younger artists, Foster chose not to name her company after herself. She liked the word “alight” (deliberately kept in lowercase letters) because it brought to mind something small and delightfully surprising, like a butterfly. As two words, “a light” is a bright spot in a community, an organization devoted to “serving people where they are”.

“The projects shape me as much as I shape them,” she said of her company’s ongoing work. And for Foster, the creative process is therapeutic, even cathartic. “It makes me a stronger, more compassionate person.”