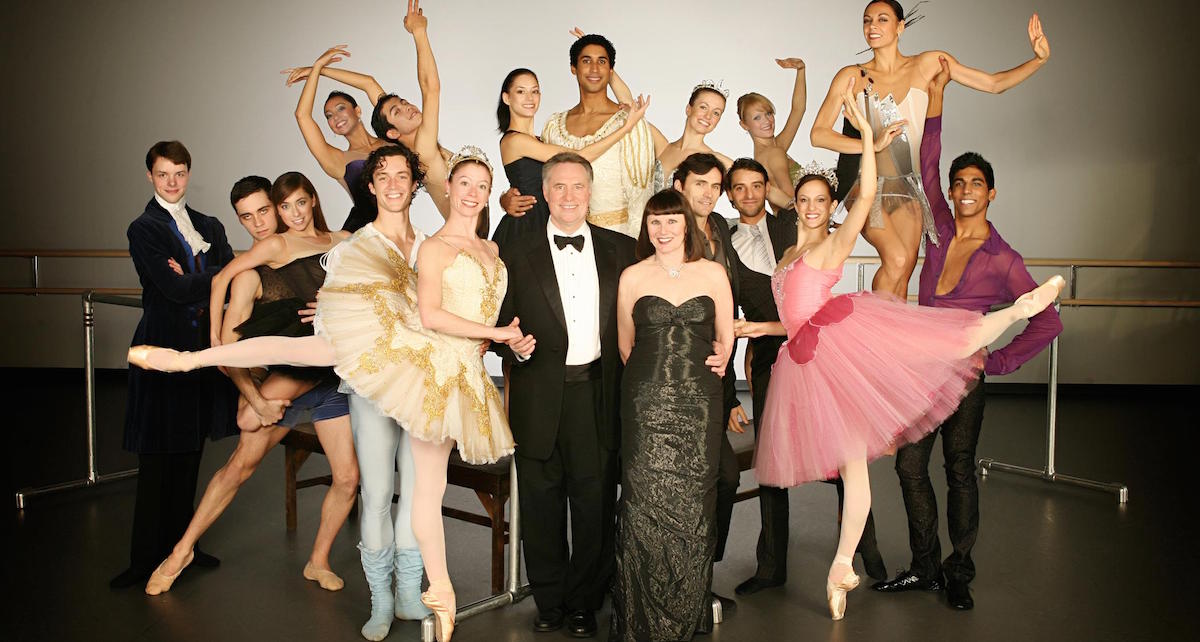 Jean-Pierre Bonnefoux will step down as the artistic director and president of Charlotte Ballet, formerly North Carolina Dance Theatre, at the culmination of the company’s 2016/2017 season. At 73, he says his decision to leave is not for lack of passion. It’s quite the opposite.

Bonnefoux has led the company for 20 years. He created Charlotte Ballet’s second company in 2000. Six years later, he solidified a relationship with Dwight Rhoden as the organization’s resident choreographer — just a few of the feathers in his director’s cap. But, as he took stock of everything, Bonnefoux says it was time to pass the company on to someone else.

He decided to do something about that. 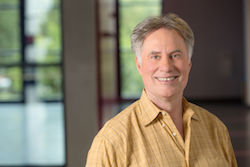 “I love the idea of being a scout and looking for talent,” Bonnefoux says. Think the Leigh Steinberg of ballet. (Steinberg’s multi-decade career as a sports talent agent inspired the 1996 film Jerry Maguire.)

For Bonnefoux, though, this venture would involve nurturing talent, as well as finding it. He wants to go into dance schools, identify the most promising dancers and invite them to workshops. There, small groups of dancers would train with “choreographers and ballet masters, who can really figure out what’s needed today for ballet dancers”, Bonnefoux explains.

Finding those teachers won’t be difficult for Bonnefoux. He hopes to bring in people he already has strong artistic relationships with, such as Rhoden or Charlotte Ballet’s Associate Artistic Director Sasha Janes. The business aspect will be more challenging. Bonnefoux laughs as he talks about being a fundraiser.

“I’m positive,” he says of raising enough money. “This is not something that’s going to be less important than being an artistic director. I will miss that and the professionals. But I’ve worked with young dancers for many years [at Charlotte Ballet’s academy and the Chautauqua Institution in upstate New York]. It’s really something there is a need for.”

Rhoden, who views Bonnefoux as a friend and mentor, says the outgoing director’s “huge appetite for contemporary ballet has been amazing to witness”.

As Bonnefoux maps out this endeavor, he plans to stay in Charlotte with his wife, Patricia McBride. She was one of George Balanchine’s muses during her long career with New York City Ballet, and has been Charlotte Ballet’s associate artistic director since 1996. Bonnefoux will also maintain his relationship with the ballet as artistic director emeritus.

Deborah Sunya Moore, vice president and director of programming at Chautauqua Institution, told the Chautauquan Daily that Bonnefoux will continue to run the Chautauqua School of Dance, where the Charlotte Ballet has an annual summer residency. 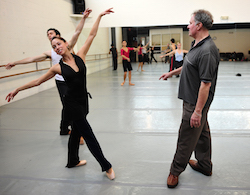 Lise Hain is the chair-elect of the ballet’s board of trustees and sat on the search committee. “The goal was to hire someone who could build upon Jean-Pierre’s legacy and to lead the company in its next chapter,” says Hain.

She says they brought in a consultant to help identify ideal candidates. Charlotte Ballet had not previously worked with Muir, but after a yearlong international search, Hain says “she quickly rose to the top tier of applicants”.

“Hope spent four days interviewing not only with the search committee but also with the company’s staff, dancers and Charlotte Ballet stakeholders,” Hain says. “She stood out for her excellent training [and] her international reputation for creating and performing roles by some of the world’s great choreographers.”

Muir says she was drawn to Charlotte Ballet’s “highly creative environment” and diverse repertoire. “Jean-Pierre has established a company of great versatility and possibility,” she says.

Muir begins her post July 2017 and will have until then to work with the ballet’s board of trustees and staff to prepare for succeeding Bonnefoux. She says this year will be vital, giving her a preview into how the company runs and a chance to get to know the Charlotte community.

As artistic director, Muir wants to bring in new choreographers to raise the company’s national and international profile. “It’s about commissioning and programming bespoke work that really defines the company’s identity,” she says. And it’s not just fresh choreographic voices but also coaches and guest teachers “to provide both context to the repertoire and support to the dancers”. 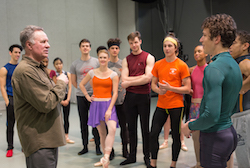 Bonnefoux’s parting gift to the dancers and Charlotte audience is perhaps this season’s programming. It includes rep evenings with works by Rhoden, Mark Diamond and, for the first time, Ohad Naharin, who directs Batsheva in Israel. The season also features a revamped production of The Nutcracker, a Sleeping Beauty staged by Bonnefoux and McBride, and Janes’s adaptation of the Emily Bronte novel Wuthering Heights.

Bonnefoux says he wanted this final season to be full of work by choreographers who have had a big influence on the ballet the past 20 years. It’s challenging repertoire, which is intentional.

“Dancers are so bright,” Bonnefoux says. “They can really handle so much, so it’s better to give them too much.”

That’s something veteran dancer Alessandra James has always appreciated about Bonnefoux. This year marks her 12th season with the company, and she recalls how Bonnefoux has never held back in the studio.

“He was teaching me a ballet and really wanted me to go for it,” she remembers from her first year. “I was nervous, and he told me he would [prefer] I went for it and fell than to be timid. That idea has carried through for all the years I have know him.”

James plans to keep dancing with Charlotte Ballet under Muir — although she’ll miss Bonnefoux’s “warm and loving presence in the studio, all his coaching and corrections, and of course his jokes”.

Rhoden says Bonnefoux always gave him the support and artistic freedom he needed. 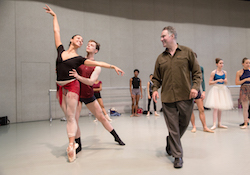 “[Jean-Pierre] is a great artistic director with an amazing eye for talent and brilliant vision,” Rhoden shares. “He has been instrumental in my growth and to so many others as well. I’m sure his journey continues. He’s not finished yet.”

Bonnefoux says leaving feels strange and will be hard, but moving on is important. He likes the idea that he’ll continue to contribute to Charlotte Ballet and to the industry more broadly. “It’s wonderful to still be passionate at my age,” he says.