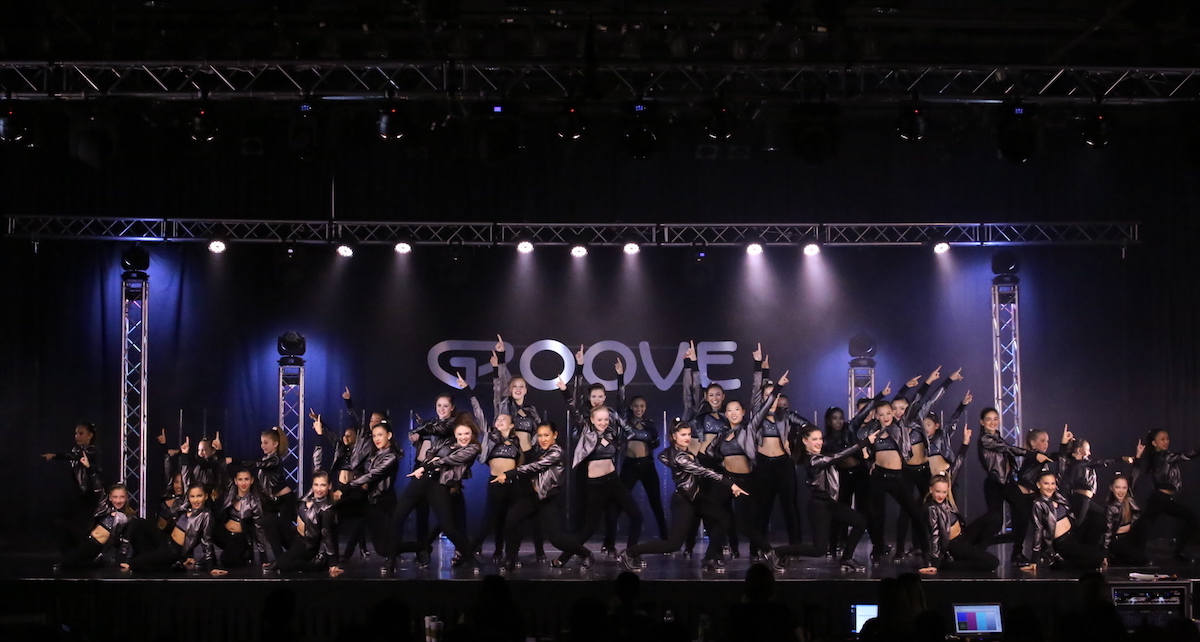 In July, Groove hosted two National Finals, one in Atlantic City, New Jersey, and the other in Myrtle Beach, South Carolina. Each event offered age-appropriate social events and dance education opportunities, professionalism from judges and staff, and emphasis on dance as an art form that can be both meaningful and fun.

Barbara Bouchard, of Barbara Hatch School of Dance in Farmington Hills, Michigan (winner of The JAM and the Groove Award in Myrtle Beach), was set to head to another competition’s national. Before making the final decision, however, Bouchard and her team attended Groove’s regionals and were so pleased with the experience that they decided to attend Groove’s National Final as well. Bouchard loves the technique classes and age-appropriate parties that Groove offers. She describes how not all nationals include classes but how doing so helps keep competitors focused on continuing to learn and grow. As for the parties, there was one for 12 and under and one for 13 and over. These offerings, Bouchard asserts, made it so “the emphasis was not just to compete, but to have a whole dance experience”. 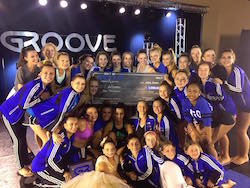 The judges’ critiques also helped Bouchard and her dancers have a positive Nationals experience. “All the judges’ critiques were very positive and well thought-out,” she shares. “They encouraged us to keep doing what we’re doing, working hard on technique and performance quality.”

While the judges critiqued and scored the routines, event staff helped keep things running smoothly and encouraged a positive atmosphere.

Chelsea Schilpp, owner of Center Stage Dance Academy in Pittsburgh, Pennsylvania, was particularly impressed with the Groove staff. “The Groove staff is amazing,” she says. “Unbelievably professional and highly knowledgeable with regards to the general operations associated with running a dance competition.”

Annette Merlini from Dance Dimensions in New Milford, New Jersey (winner of The JAM and the Groove Award in Atlantic City), describes how Groove staff kept things running on time but gave competitors breathing room to prepare themselves for performance. 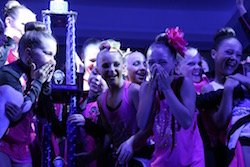 The JAM at the end of the competition contributes to it being more about learning and having fun than having “perfect” technique. For The JAM, Groove invites the most memorable, compelling pieces back to the stage. Merlini explains, “The judges invite numbers to The JAM that aren’t necessarily the most technically advanced but have an overall impressive performance presentation.”

Her studio, Dance Dimensions, won The JAM in Atlantic City, with “One More Time”, an upbeat tap number from choreographer Lisa Minery. It’s a production number with dancers ranging from eight to 17 years old, with many intriguing rhythm changes.

Bouchard’s team won The JAM in Myrtle Beach, with a group jazz dance titled “Dangerous”, set to an “underrated” Michael Jackson song, as Bouchard describes. The dancers use ballet barres, like in “Big Spender”, but in a new way – “with a different vibe, a different feel”, she claims. Bouchard thinks that “with the judges throwing out the scores, my dancers could forget about ‘perfect’ technique and just have fun!” That served the team well, to say in the least, as The JAM winners.

Merlini remembers a couple of other unique, compelling pieces. There was one hip hop piece where dancers “threw each other around the stage with bungee cords”, Elizabeth Streb-style, she describes. Another piece created a compelling new version of the been-there, seen-that child’s nightmare piece. Merlini recounts that it was so authentic, it scared a couple of little ones out of the auditorium. “For a scene that’s been seen so many times, it was so original!” she says. 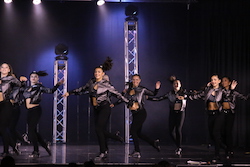 Both studio owners feel their dancers gained a lot more than a trophy from Groove’s National Finals. “I like the fact that [my dancers] met dancers from many different studios, and were inspired,” says Merlini. Bouchard appreciates that with the overall package of the competition experience, she and her dancers knew “what [they] were getting into”, which makes them excited to see where Groove is headed.

And Schilpp adds, “In my over-decade long run as a studio owner, it is rare to attend a competition year-in and year-out and always seem to have a great group of studios as [Groove] competition. We cheer one another on, congratulate each other’s dancers, and seem to remain in contact after the event as a means of professional networking.”

Groove’s National Finals demonstrate that competing can offer an amazing singular experience, as well as learning and growth to last much longer for everyone involved. Enthusiasm for true connections and excellence in art-making — it seems this experience beats a trophy any day.