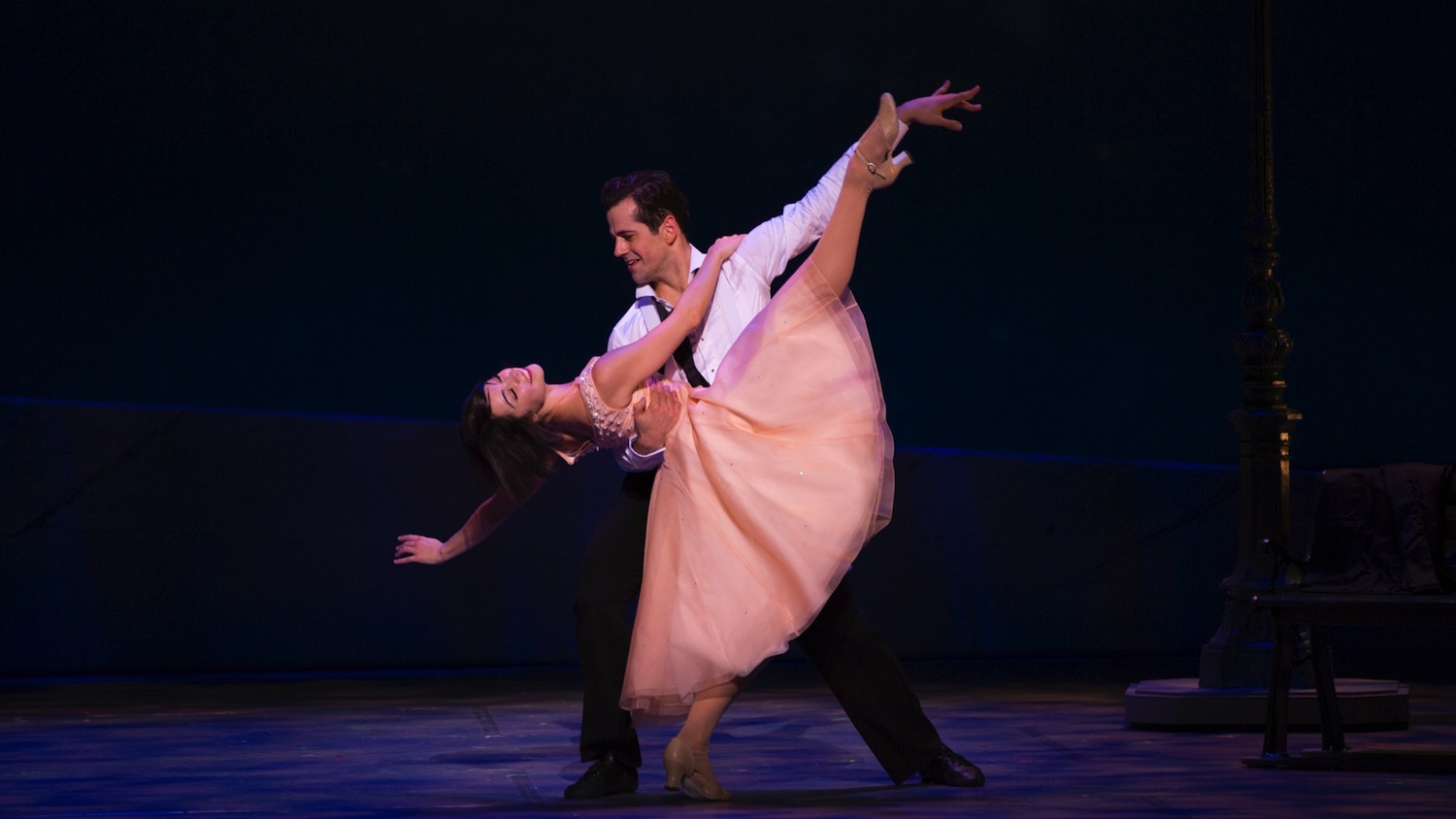 The breathtaking Broadway musical An American in Paris is offering Dance Informa readers a special ticket discount – just use the code “DANCE” when booking! Winner of four Tony Awards, including Best Choreography, the popular show follows a young American soldier and a mysterious French girl.

Named Best Musical of 2015 by both the Drama League and the Outer Critics Circle, An American in Paris promises to sweep you off your feet — and into the arms of a story you’ll never forget — with its spectacular combination of classic Gershwin music, state-of-the-art design and ravishing movement from toast-of-the-town choreographer Christopher Wheeldon.

When interviewing them for an article published in Dance Informa’s July 2015 edition, An American in Paris ensemble members Will Burton and Nathan Madden shared their favorite moments in the production.

Madden mentioned the “Stairway to Paradise” scene. As he recounted, “I really love doing ‘Stairway to Paradise’ because the lights are so bright you can actually see the audience, and usually they’re smiling, which is a good sign.”

Burton chose a “15-minute ballet toward the end of the show”, even though he admitted that while it was originally being choreographed he thought it would be the end of him. “It is my favorite number to perform every night,” he said seven months into the show’s run. “First, it is prolific choreography, and the audience loves it, which makes it hugely gratifying. Second, it is an intense workout, which also makes it hugely gratifying to complete. Third, it is the last major dance number in the show, so the cast is really able to throw all of their remaining energy into it. Because it is pure ballet and there is no singing or set moving or anything else to worry about, you’re able to become completely focused on the movement. I love that feeling. Being in the zone is such a rush.”

The company performs ‘An American In Paris’. Photo by Angela Sterling.

Swing Caitlin Abraham also talked to Dance Informa last year. In her interview, she was asked what made An American in Paris different from some of the other shows on Broadway. She said, “I have to say that there’s something really special about George Gershwin’s music. It’s magical to sing and dance to such a lush score. And Christopher Wheeldon’s choreography has such arc and rhythm to it. As a dancer, it’s so rare that you actually get to use all of your skills in a single show. We’re doing ballet, pointe, partnering, tap and jazz! Some numbers are up to 14 minutes long, so the dancing really tells the story. There’s also something very genuine about our show. It’s not giving you sass. There are definitely elements of humor, but there’s nothing crass or trendy. You know, our show is elegant. The characters are beautiful, aspirational and real, and that seems to really resonate with our audiences.”

Come to the Palace Theatre (located at Broadway and 47th Street in NYC) to see why The New York Times named An American in Paris a “Critic’s Pick” and called it “a triumph!” Orchestra seats start from $89 and other tickets from $49. Just use the code “DANCE” when you call 877-250-2929 or visit Ticketmaster.com.

For a sneak peek of the show — a “masterpiece”, according to The Wall Street Journal — watch the trailer below. Visit AnAmericanInParisBroadway.com for further information.