Here are some things you might have told yourself when planning out your music for the upcoming dance season. “I can fade out the ending and it’ll sound fine!”, “I can edit the profanity out of this song, no problem!”, “I can splice all three of these songs together like a pro.”, “Okay, it’s not that easy…I need help!”

That is where Jack Rayner and MusicEditPro.com come in. Former dancer and choreographer Rayner moved into the music side of dance when he realized the passion he had for editing music for all of his friends. 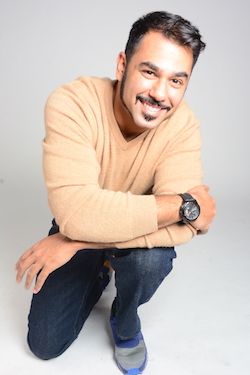 Growing up in Los Angeles surrounded by friends like Brian Friedman and Wade Robson, Rayner’s career in choreography began with corporate events and music videos. While choreographing, Rayner would pitch the idea of doing the music for the artists and events.

“I took the songs, put them together and added some cool sound effects to the dance moves we were doing to make it more dynamic,” he recalls. “And then eventually other choreographers saw that I was doing that, and they asked me to do it for their stuff. Then I was doing music for the Britney Spears show and America’s Got Talent and all of these projects that my friends were turning me on to. And I made a switch when I was around 25 to go into music full-time.”

Having a dance background considerably helps Rayner in his career as a music producer and editor. “I make music like a dancer,” he explains. “There are certainly dynamics and things that are placed in my music that come from my dance background.”

When working on big projects like America’s Got Talent and the Magic Mike movies, Rayner knows how to speak in dance terms when it comes to the music editing.

“Channing [Tatum] is a dancer, so working on the music for [Magic Mike], they wanted to talk to someone who they have short hand with when it comes to dance,” Rayner shares. “They can talk to me in eight counts. And they can talk to me about how they want an ending to sound, or how they want it to be dramatic. I’m not saying other musicians couldn’t understand what they’re talking about, but there’s a short hand. And because I’m a choreographer, I can build [the music] as if I were choreographing it myself.”

And being in high demand, Rayner has had to choreograph a system to manage all the requests. “My choreographer friends would go to dance studios and teach, and then they would tell them about me,” Rayner says. “Liz Imperio…she’d always give out my info. After that started building, I realized this is not the most organized way to do this, and the requests would not stop coming in. So I said, ‘Let me figure out a way to communicate better’, and that’s when I sought out a website designer. I took the email notes teachers sent me and used that to create the order form on the website.” 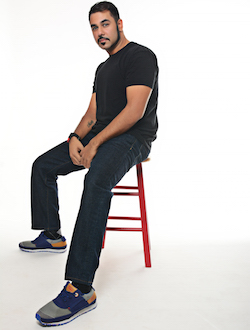 With clients including dance teachers, pom/cheerleading coaches, ice skating instructors and beyond, MusicEditPro.com is for anyone who needs songs spliced together, a mix created, or even several hundreds of songs cut and edited for competition season. Rayner says, “We can put a click on the beginning so everyone can hit that first beat and make them look like magic. If it’s something more somber, we can add rain, a thunder clash or something to help complete the picture.”

Rayner continues, “Dance teachers like it. They say, ‘I talked to my music editor, and I was at his place for hours and I had to pay him $75 an hour.’ And this is just a lot easier than that. They can take 10 minutes, they put all of their ideas online, they send it through, and they can put a date on when they want it done. You can get [the edited piece of music] tomorrow if you want, or two weeks from now.”

When asked what his future goals or plans may be, Rayner shares, “I think I want to move in to directing films. I want to take the dance training and music training and add it all together on film.”

I, personally, cannot wait for that movie and its killer soundtrack!

If you have music editing needs, or want to learn more, visit www.MusicEditPro.com.