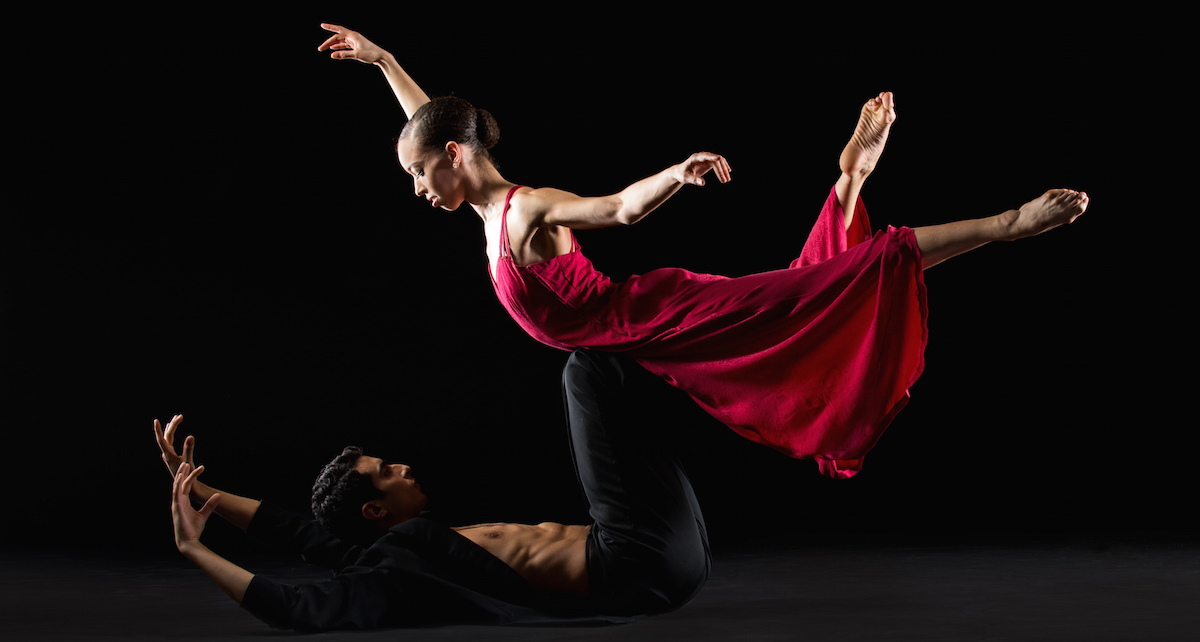 Dance Theatre of Harlem (DTH) filled the majestic theater of New York City Center on Friday night, mid-way through the company’s run, and I imagine the house was packed during all performances. DTH certainly has fans, many of whom probably feel attached to the history and legacy behind the company. And this year, DTH showed that it does honor its past but certainly has one foot in the future. This evening’s program showcased work by three female choreographers, certainly a breath of fresh air. 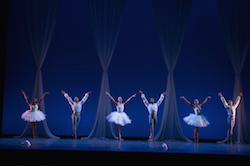 And being more than just a performance troupe, DTH showed that it has a bigger purpose, too: to engage audiences of all ages and to better serve the community at large. Prior to this evening’s curtain, the great Virginia Johnson, DTH’s artistic director, and Paul King, executive director of the Office of Arts and Special Projects at the New York City Department of Education, welcomed 200 arts education liaisons in the audience and spoke of the company’s commitment to ensuring NYC children have the experience of live dance.

At the end of the speech, we learn Johnson’s final words to her company before they were to perform: “Sparkle like diamonds”, which was quite the appropriate introduction to the evening’s first work, and the most classical, Elena Kunikova’s Divertimento.

In Divertimento, three couples grace the stage, dressed in white embellished tutus (also designed by Kunikova) for the women and romantic tunic tops for the men. A few soft, white curtains hang as a backdrop.

A series of creative overhead lifts garnered “Mmm”s and “Ooh”s from the audience – like a “bluebird” lift exiting into the wing, and a passage of consecutive partnered saut de chats that travel into a backward-carried “fish” lift.

Kunikova is a brave choreographer, asking the dancers to perform unison fouetté turns, in-sync partnering work and technically challenging movement. And it takes technical dancers to be able to pull it off well. DTH proved to have this classical capability, but there were times that perhaps less forced facial expressions could have enhanced the dancers’ artistry even more, to match their technique. 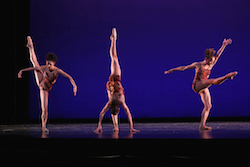 Helen Pickett’s When Love, danced beautifully by the polished Chyrstyn Fentroy and the expressive Villarini, was a contrast from the fantastical ballet world the audience had just experienced. The work begins with a track of choral, repetitive counting of numbers one through eight, mixed with voices. This was the first of three pieces with spoken word this program, and although we didn’t realize that yet, this type of music began to feel overused by the end of the evening.

Nonetheless, When Love is a gorgeous, intimate pas de deux. The couple, dressed in beautiful red costumes by Charles Heightchew, seems young and happy in love, unaware of the chaotic world around them. They look at each other in awe as the other dances and embrace with a sense of comfort and relief that they have found each other.

Fentroy is a lyrical dancer with stunning lines and a relaxed port de bras. Her dancing puts us as ease. Finely matched, the tall Villarini executes floating turns and thoughtful partnering skills. We are taken into their world of love, into “a story that is old but so new; it is the story of love”, as the music’s lyrics remind us. With When Love, Pickett displays intelligent structure and intent as a choreographer, and the movement allows the dancers to exude passion and freedom.

The three-women piece, Change, choreographed by Dianne McIntyre, with original music composed by Eli Fountain, shows the power of the female and is “inspired by women – Black, Brown and Beige”, as McIntyre notes. The dancers have a warrior sense, of moving for a purpose. They consume the whole stage with their movement, their hair big and free. They run in place and jab the floor with their bourrées in oversized second positions en pointe.

While some steps did look a little awkward in pointe shoes – like a standing balance with the dancers’ side leg in a parallel tilt – Change is well-suited to the DTH company artists, who are able to perform pieces en pointe with technique while still appearing as grounded as possible. Perhaps a tad too long, Change did highlight the power of its dancers that evening, Stephanie Rae Williams, the long-legged Lindsey Croop and Silva.

We couldn’t have asked for a more dynamic close to the evening than Nacho Duato’s Coming Together, the largest group piece on the program and certainly a crowd favorite. The piece was inspired by the music of composer Frederic Rzewski, whose score uses the repetition of the phrase, “I am in excellent physical and emotional health”, taken from a letter written by political activist Sam Melville while he was incarcerated. 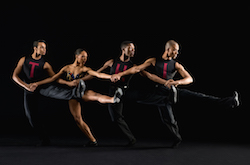 We first see dancer Da’von Doane, with his back to us, pointer finger raised. Throughout Coming Together, Doane performs a series of solos, some also in an effective use of repetition, and I wish we had seen more of him the rest of the evening. He is an exceptional performer, a beautiful, full-body mover with clean technique.

The work is physical, exciting. At one point, a shiny, gold curtain surprises us by falling mid-stage, and three women in ball gowns and barefeet enter. They partner one another and roll smoothly to the floor. Another group links arms and dances in a jazzy, Fosse-like way. The men wear all black, with a red capital letter on their chest, which we attempt to unscramble to spell its word(s). At the end, after the backdrop pulls up to expose the bare backstage wall, the dancers form a straight line, and the words “I THINK” are revealed – the same two words that begin Melville’s complete letter, which is printed in the program.

Coming Together truly showcases DTH for what it is and what it’s capable of – a strong, versatile company that offers a message, less tricks, well-rounded technique and powerful theater.