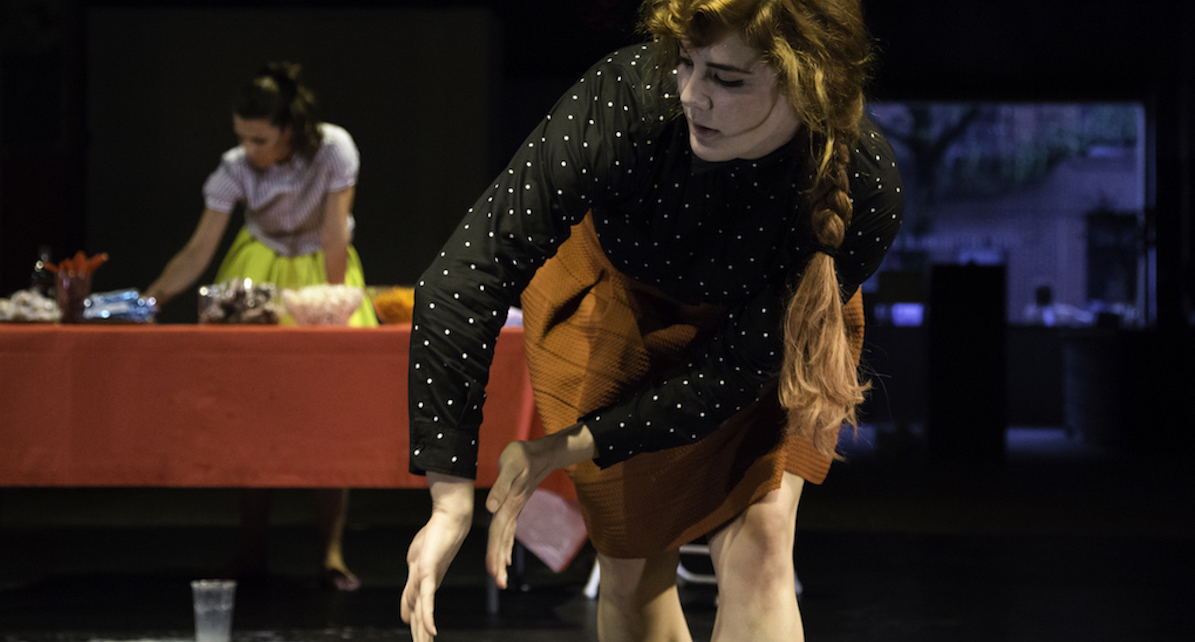 Kate Ladenheim, artistic director of The People Movers, aims to help both emerging choreographers and audiences alike through CRAWL, a multi-disciplinary, traveling presenting series. With the fifth installment of CRAWL on April 8 and 9 at 22 Boernum Place in Brooklyn, New York, audiences can expect an evening centered around feminine perspectives of identity and power through the work of Grace Courvoisier and Dance Company, cross-disciplinary Same as Sister and musical duo Overcoats.

Ladenheim, who produces and founded CRAWL, recognized a need for a new presenting format for emerging choreographers during her first few years as a dance artist in NYC. According to Ladenheim, the only opportunities for new choreographers to show their work is through festivals or showcases, a format in which several artists present different pieces to compile a performance. 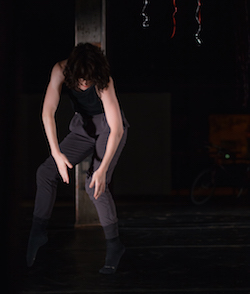 “CRAWL was born out of a very, very deep frustration with this festival system,” she says. “Festivals are really great for artists…but I do not think that festivals are a fun experience for audiences because what you get is just this incredible array of disconnected works at varying levels with different points of view and no thematic continuity.”

Upset by her audience’s reactions to being a part of the festival viewing experience, which ranged from boredom to confusion, Ladenheim started asking, “How can we make this better? How can we create opportunities for emerging artists to have the space to explore a little bit of a longer platform, and to be seen alongside work that fits in with their point of view?”

With these questions, and an added focus on presenting work in non-proscenium formats, CRAWL has taken place in dance spaces, lofts, galleries and warehouses and usually includes a party-like atmosphere where artists and audiences can mingle and, hopefully, build relationships.

As a curator, Ladenheim takes her work seriously and recognizes that her role as an arts presenter puts her into a place of power.

With this keen understanding of privilege and an attunement to ongoing social issues, Ladenheim has curated recent installments of CRAWL to explore themes such as race, oppression and, now, feminine perspectives of power.

This April at CRAWL, Grace Courvoisier and Dance Company will present Daughters of David, a work for five young women that explores the male archetypes of world history and also of these performers’ own personal history, citing inspiration from David Bowie, Michelangelo’s statue of David, David the ex-boyfriend and more. Using both movement and voice, Daughters of David explores the space between loyalty and suppression.

While a dance artist herself, Ladenheim recognized that opening her curatorial process to other forms besides dance would both elevate the performance experience and allow unique voices to be heard. April’s CRAWL will present cross-disciplinary Same as Sister in Women Times Three, a dance, video and musical work that dives into the relationship between dominance and terror.

Also featured will be the musical duo, Overcoats. Describing themselves as “a sort of Chet Faker meets Simon & Garfunkel”, Hana Elion and JJ Mitchell use vulnerability to comment on personal identity through “simple, honest songwriting”.

In reflecting on the upcoming event and its theme, Ladenheim adds some of her own perspective. “I’m interested in how girlyness can be a representation of very strong feminism,” she explains. “Sometimes I see that it’s no longer respected to be feminine, that the expectation is that you take on more masculine characteristics in order to succeed.”