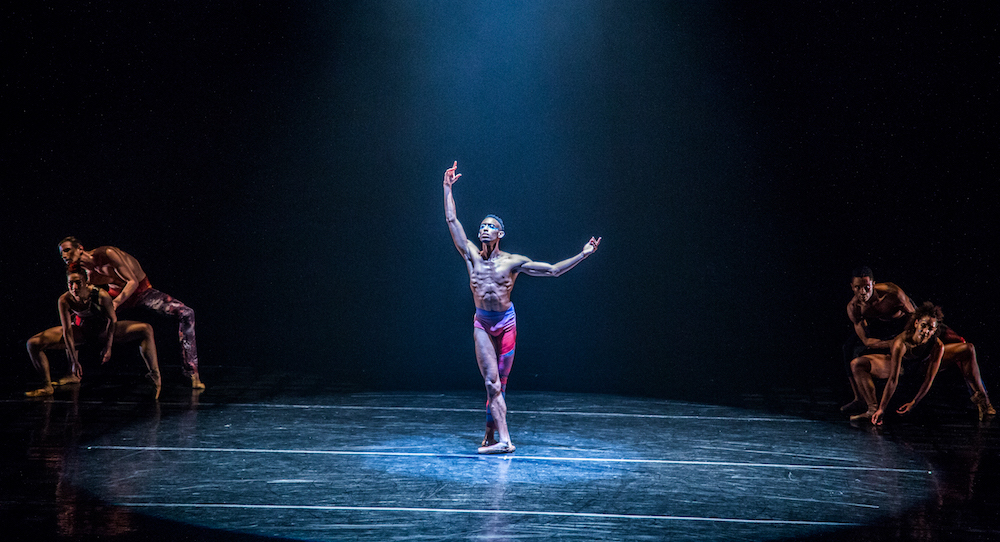 This is a beautiful company. It’s not necessarily diverse in the usual sense, seemingly made up primarily by blonde women and black men, but in ways that are really aesthetically satisfying: the men got legs, the women got muscles, and both are a whole range of heights. This is a beautiful cast, and they attract a relatively young and more diverse crowd for a ballet audience, which is extremely promising.

Founded in 1994, and showcasing the choreography of Dwight Rhoden, Complexions Contemporary Ballet was one of the first dance companies to introduce and help define what we know as contemporary ballet. 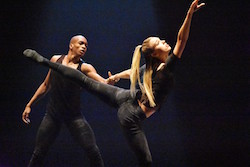 The performance this evening included two recent works by Rhoden, Gutter Glitter (2017), and Star Dust (2016), the latter being part of what’s otherwise known as the David Bowie ballet. Rhoden’s choreography for both works was similar, built with elements of highly classical structure such as classical port de bras, pas de deux contact largely hand to hand, dancers staying in lines and visible through “windows”, preps for turns, and lots of full-company total unison. I was surprised that the choreography was rather conservative by today’s standard of what qualifies as contemporary ballet, and that for these two pieces Rhoden wasn’t reaching for innovation. It appears that the tilt has replaced the exaggerated fourth. And those tilts were gorgeous, but do I really need to see so many? No, I don’t. I was surprised that by 2017, almost 2018, Rhoden’s work would be almost without edge. Not to totally knock it. It’s solid, but it’s stuck in 2001.

The staging, lighting, costumes and content, however, were on point. In Gutter Glitter, the practical elements elevated the work, particularly the lighting by Michael Korsch, perfectly symbiotic with Rhoden’s staging. I’d go so far as to say that Korsch’s lighting was downright superior to most I’ve seen. It was perfect, and the dancers deserved it. Particularly stellar was dancer Simon Plant, who had several short solos that punctuated the work with his incredible fluidity, freedom in the upper body and a combination of using his head while simultaneously performing intricate footwork as he flew around the stage, circle after circle, in a carefree way that was truly stunning. 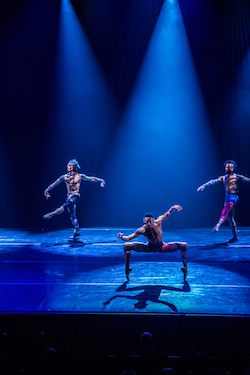 Following intermission, Bowie’s voice came down from the heavens and serenaded us in Star Dust, an obvious fan favorite that had the dancers looking like they were having as much fun as an excited audience would hope for. The costumes and makeup were super fun. By the third movement, “Life on Mars”, the company had a nice energy. In the next, “Space Oddity”, Addison Ector showed off more than just a supple movement quality; he donned pointe shoes and languidly strutted across the stage to cheers from the audience. A gimmick, yes, but one well endured. The sixth movement, “Heroes”, was good, getting into a more natural emotional connection. And of course, all followed by a crowd-pleasing finale. Let it be known that Shanna Irwin can jam.