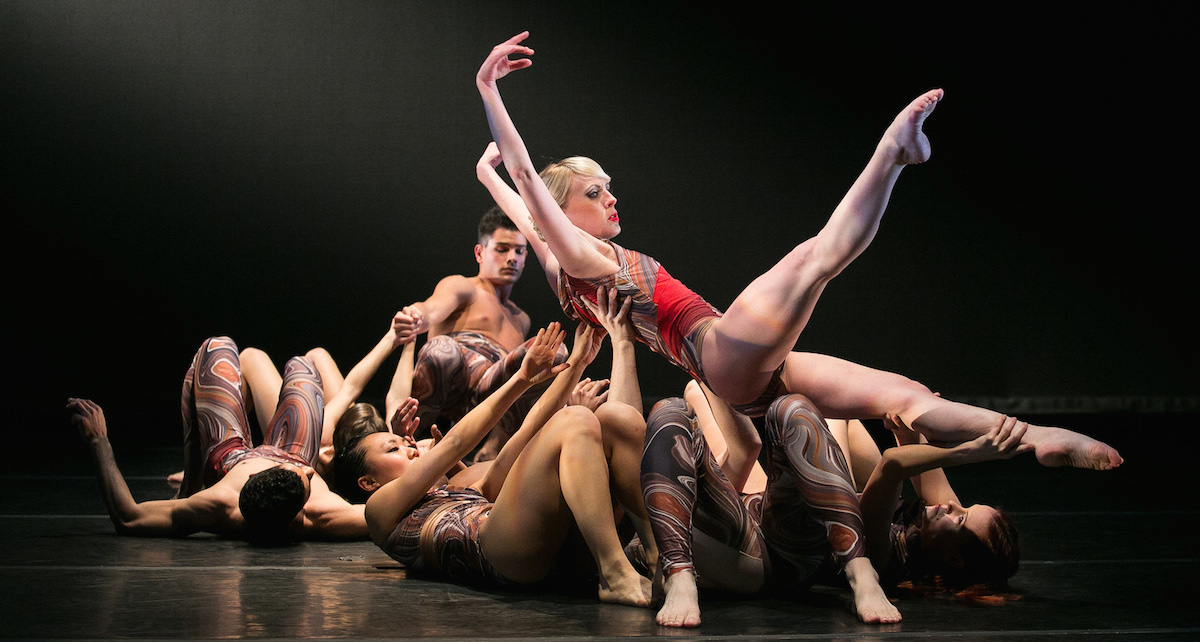 The “Tiffany” she refers to is Tiffany Rea-Fisher, the associate artistic director of Monte’s Manhattan-based modern dance ensemble, Elisa Monte Dance (EMD). The company celebrates its 35th anniversary season at City College Center for the Arts’ Aaron Davis Hall the first week of March. The bill includes the premiere of Monte’s Pangea and a new work by Rea-Fisher — a present-and-future look.

When EMD’s benchmark season concludes, Monte will step down from her post as artistic director and has named Rea-Fisher as her successor. Monte, who will be 70 in May, says this transition had been on her mind for sometime, but the alignment of 35s “emotionally solidified it.” 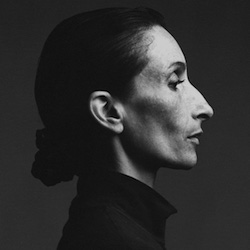 Agnes de Mille, Martha Graham Dance Company, Pilobolus, and Lar Lubovitch are all in the Cliff Notes version of Monte’s performance resume. Turned on to choreography during her Graham years, Monte says success with her early work motivated her to form a company.

“The last the thing the world needed was another dance company,” Monte says, “so I went into it with great trepidation.”

The choreographer says she wanted to work with a consistent group of dancers; “A pickup company did not appeal to me because you’re always starting over.” She turned to friends to fill the dance roster, and launched into business with her husband, fellow Graham dancer David Brown. It was 1981.

“The first year wasn’t so hard,” Monte says of the early challenges with EMD. “The first year you have nothing so there’s nothing to sustain. It’s when I started to build up steam it became more stressful because then it became a business.”

Early on, Monte says the company spent a lot of time on tour. “We needed to get out there and be seen,” she says. “We kept the art the priority initially, and I think that was the right choice.” The infrastructure came gradually and Monte kept the company a size that felt manageable. 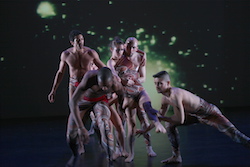 Pangea: A continent of work

Monte’s new work, Pangea, is a choreographic culmination of the last four years. She says it began with ruminating on the world’s numerous languages and how many of them have or will disappear. “You don’t just lose some words,” Monte say. “You lose a whole culture, a way of thinking.”

She collaborated with composer Kevin James, who gathered field recording to build the score. “The beginning of the dance vocabulary was to the words and sounds of the voices from the field recordings,” Monte says. “We found the rhythm within the language and tonality of the words.” That process, she adds, helped shape the trajectory of the two-act, non-narrative piece — continents separating, shifting, and coming together. “It’s like inhaling and exhaling,” Monte says.

The themes parallel Monte’s forthcoming transition. “My work is always a reflection of what I’m going through,” Monte says.”It’s starting to make sense of all of the little pieces that I have been, all of the continents.”

Those continents are about to shift, again. 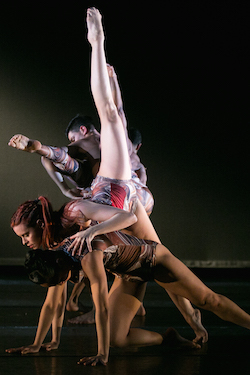 Sustaining for 35 years is an impressive feat on its own, Sydney Skybetter, a public humanities fellow at Brown University says — he also conducts management consulting for the cultural sector. Evading what’s been dubbed “Founder’s Syndrome,” can be more difficult though.

“It sounds like a terminal disease, and frequently is,” Skybetter says. “The more successful the founder, the harder it is for the organization to survive their loss.”

Founders solidify the values, brand, and community investment for an organization. Management shifts can create a “rift” in the repertoire of what was and what will be, Skybetter says. “These organizations look very little like what they did when they were founded,” he says. “But the tactical jettisoning of legacy code endows them with the ability to redefine their relevance to the world.”

Companies such as Alvin Ailey American Dance Theater, Martha Graham Dance Company, the Joffrey Ballet now in Chicago, and Europe’s Rambert are a few examples of organizations that defied “Founder’s Syndrome” and found new vitality. It remains to be seen if EMD can persevere beyond the departure of its namesake. That task falls in the hands of Rea-Fisher, a former dancer with the company — one whom Monte created many works on and has groomed to take the helm of EMD for years. 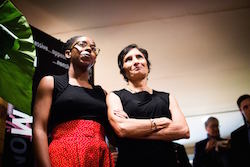 Rea-Fisher knows she has big shoes to fill. “I think balancing my vision of the company, while not alienating supporters who have been there from the beginning, is going to be my biggest challenge,” she says.

One thing she’s certain of, the company’s name stays . “There is 35 years worth of history with that name,” she say, “and a legacy that I am passionate about preserving.”

There are many EMD ideologies Rea-Fisher wants to uphold: maintaining a diverse group of dancers and presenting physically demanding work. She also wants to try new things with the company, such as collaborating with filmmakers and fashion designers, and exploring where dance can intersect with technology.

“We have even discussed the possibility of a 3D concert with live music,” Rea-Fisher says.

And she has Monte’s full blessing. “I told Tiffany whatever you want to do with the company is fine with me,” Monte says. “Of course, it’s easier to say to it than to live it emotionally, but it’s part of the experience and journey.”

For Monte, that journey will be about letting go and starting new. She says she’ll continue to work with EMD as “resident choreographer.” This is also an opportunity for her to explore things outside of a dance studio. She hopes to travel, read, maybe learn a new language, and “go within” herself.

“I don’t have great plans to change the world,” Monte says. “My plans are just to consolidate and deepen my life, and become a better person.”