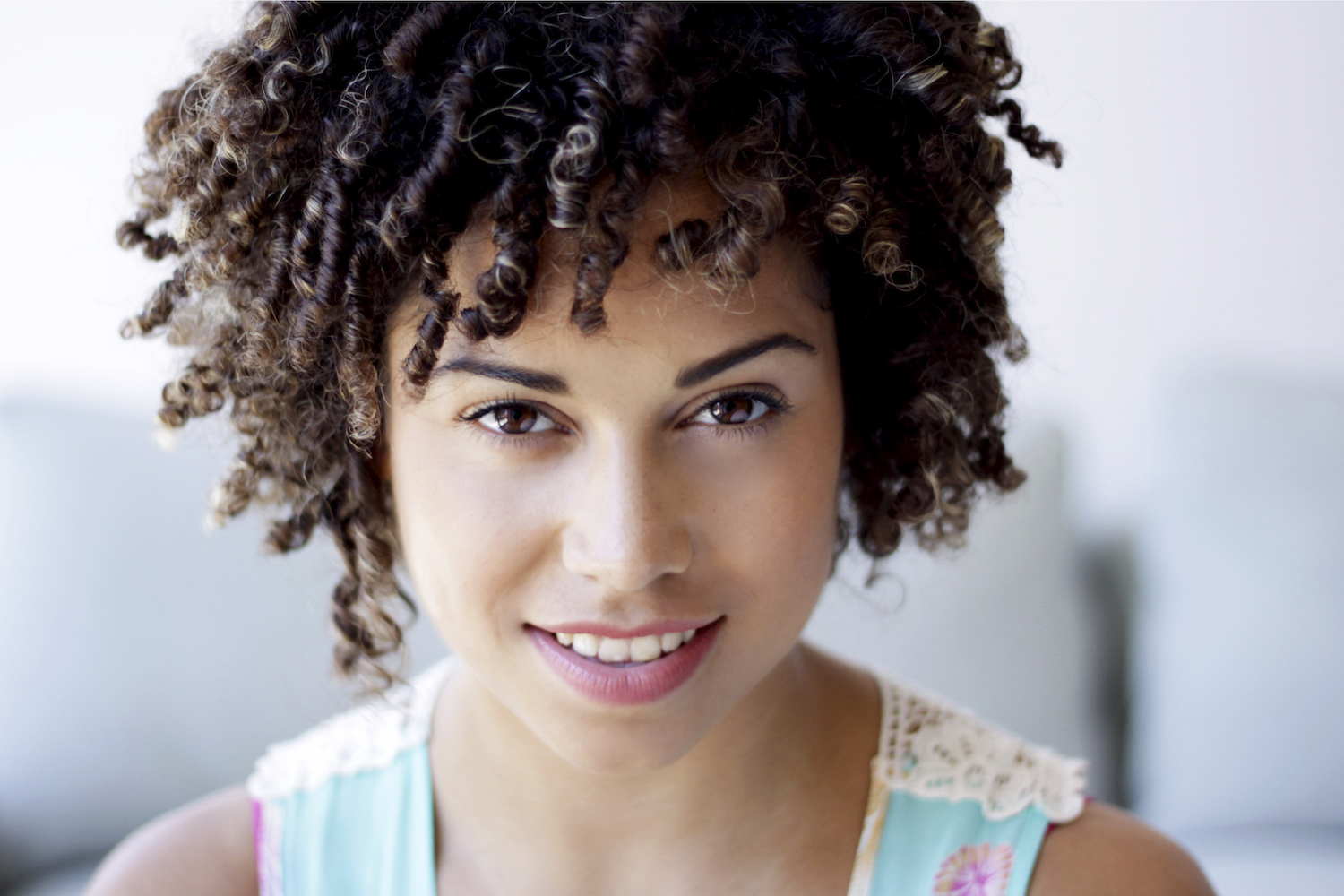 The new musical Tuck Everlasting, based on Natalie Babbitt’s beloved bestselling novel of the same name, is set to begin previews this month at the Broadhurst Theatre on Broadway. The thought-provoking family production features choreography by Tony Award-winner Casey Nicholaw (of Something Rotten!, Aladdin and The Book of Mormon) and much of the same lead cast members who performed in the show’s official debut last year at Atlanta’s Alliance Theatre.

The Atlanta production, which Dance Informa had the pleasure to see, celebrated a record-breaking engagement. Now, Tuck Everlasting’s delightful cast will charm New Yorkers in this highly anticipated engagement, which will officially open on Tuesday, April 26.

Dance Informa recently caught up with dancer Chloe Campbell, who’s been cast in the musical’s ensemble. Campbell, a Broadway Connection faculty member, dishes about her career thus far, passes along some advice, and gives us the inside scoop on this new production ahead of its opening. 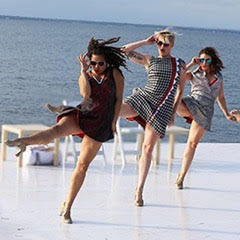 Chloe, when did you start dancing?

“I started dancing when I was around seven years old. I had so much energy and loved music, so my mum thought it would be a good fit. I’ve always known I wanted a career in dance. There’s never been anything else for me; it’s my first love.”

“I guess my big break as an adult came in my last year at college. I was lucky enough to be chosen as part of the ensemble for the West End production of On The Town. The choreographer was Stephen Mear, who has been a huge inspiration and support in my career and a joy to work for. After that, I went on to perform in Mary Poppins in the West End, which was another Stephen Mear show and so much fun.”

You are currently in Tuck Everlasting, which begins previews on Broadway soon. What’s your role, and how are rehearsals going?

“I am part of the ensemble. In many parts of the show, we represent the character’s emotional journey. It’s great because we can be truly invested in each character’s story. What I love about this show, and I feel very fortunate for, is that we have so much fun. It’s such a lovely atmosphere in the room. The cast is full of Broadway veterans, and it’s an honor to share the space with them. The creative team, as well as being hugely respected, is so nice, and I feel very lucky to get to work with them.” 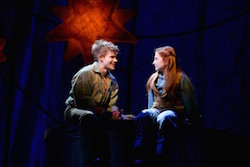 The leads, Andrew Keenan-Bolger and Sarah Charles Lewis, in ‘Tuck Everlasting’ when it premiered in Atlanta. Photo by Greg Mooney.

For those who are unfamiliar with Tuck Everlasting, what’s the story about?

“Well, I don’t want to give too much away. But to cut a long story short, we meet a family called the Tucks. They, many years ago, fell upon a spring that they drink from and makes them live forever. The youngest Tuck, Jesse, meets a young girl, Winnie, in the woods that her family own. To stop her from drinking the water, she is kidnapped by the family and brought back to their cottage. She learns of the spring’s power. Each Tuck family member has a very different experience of what it means to live forever. Jesse wants her to live forever with him, whereas the father tries to explain how the circle of life works. Winnie then has to make the decision if she wants to live forever or not. There is a lot more to the story, but that’s the gist, and the end of the story…well, you’ll just have to watch to see what she decides!”

Tony Award-winning Casey Nicholaw has directed and choreographed for the production. What’s it been like working with him?

“Well, I mean, I’m working with the top of the top. He knows exactly what he wants. It’s really incredible to watch. He will watch a piece over and over again, and I can see how he’s really grasping the whole picture and taking in every aspect. He has eyes everywhere. He also is great at making the room feel very light and fun, as well as getting the work done!” 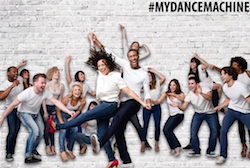 Campbell, center, for American Dance Machine for the 21st Century.

Based on your audition experience for American Dance Machine, which you recently performed with, and Tuck Everlasting, what skills and techniques would you say have helped you get the callbacks to land the job?

“Well, they’re two very different shows. ADM21C required many different styles of dancing and taking on the styles from different eras. I sang a solo, too, so it was really important to have a strong voice.

For both shows, I think what was extremely important was heart – to really feel the choreography and not just be a robot and dance it. They are both very technical shows, so good technique played a huge role, but on top of that you have to act through your dance. Heart is right at the core of Tuck, and that was very important to Casey in the audition. The dancing had to be free and open and heartfelt!”

When auditioning for these gigs (or others), what would you say were the challenges? How did you overcome them?

“Hearing ‘no’ is probably the biggest challenge. Before I got my Broadway debut, I went through a year of hearing ‘no’. The majority of the time, it’s not personal. You’re just not the right fit. So, honestly the biggest challenge for me is believing in yourself through all the rejection. Knowing that you have something special to give and just turning up and being consistent!” 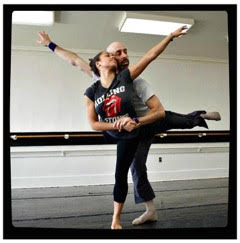 How have you honed the necessary skills and versatility to book such diverse projects?

“I went to college for musical theatre. We were very dance-heavy so I learned a lot of technique there and focused on ballet, jazz, modern and tap. I was also in hip hop groups outside of college, so I would be in rehearsals/class/shows for hip hop two to three times a week on top of college. That really helped because many auditions now want you to be able to freestyle.

It’s truly important to keep taking class. I’ve been working professionally for 10 years now, and I still take class all the time. You can never cease to improve and learn.

I also have singing lessons because singing is extremely important in the musical theatre world. A lot of shows now expect you to be able to cover a role, and they do rely heavily on the ensemble, so it’s really important to have a strong voice.

And try and find your own way to stick out of the crowd. There are so many incredibly talented people, why should they choose you over someone else? I try to do that by being positive and friendly and happy, and hope that people want to continue working with me for that reason!” 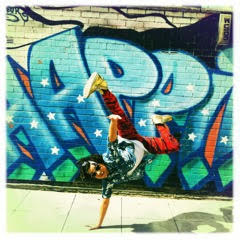 As a Broadway Connection Teaching Artist, how do you introduce and communicate these qualities of your training to inspire young artists?

“For me, I really like to work on the acting. I feel especially for dancers it’s not something that feels completely natural or comfortable. It’s so important for me as a true artist to be able to convey emotion and make an audience feel something. Whenever I choreograph, I like to have some kind of storyline in place, however simple it is so that students can relate to a piece and express themselves. That, for me, is what makes a performer stand out!”

Any other advice you’d like to share with not only young artists but also teachers who are training students who dream of being on Broadway?

“It’s so important to be a triple threat. You have to work on your singing just as much as your dancing and be well-versed in all styles of dance. Modern musicals require many genres of dance. It’s extremely competitive in NYC, so you have to have a thick skin and be okay with hearing ‘no’. But most of all, do it because you love it, and keep going when it gets tough. I did, and it’s so worth it in the end. I couldn’t imagine having more fun doing anything else.”

Lastly, why should everyone come see Tuck Everlasting this spring?

“I cannot express enough how magical this show is. It relates to you whatever age you are. The music is beautiful, the set is stunning, and the cast will draw you into a world like nothing you’ve seen before. Oh, and bring some tissues for the end of the show!”