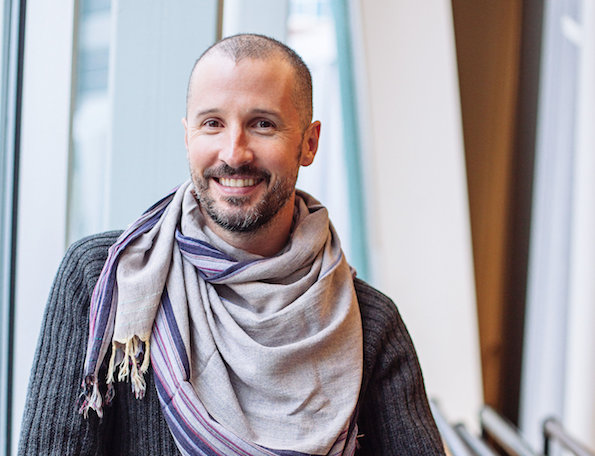 By Grace Gassin of Dance Informa.

Former Australian Ballet Principal Artist Robert Curran was officially pronounced incoming Artistic Director at Louisville Ballet in August 2014 and has been keeping busy ever since — the company recently finished its Christmas season of Brown-Forman’s Nutcracker and is soon to announce the details of its 2015-16 season. Auditions for the new season are being held on February 15-20. Dance Informa’s Grace Gassin caught up with Robert to find out how he managed to land his heavily sought-after job and more about his plans for the future of the company.

“It was actually a conversation I had with David McAllister [Artistic Director of The Australian Ballet] that sparked the idea that artistic directorship would be something that I could do.

Working up through the ranks of the Australian Ballet, I worked almost every night. But once I achieved my goal of being Principal Artist, my workload evened out a little as I wasn’t required to dance every show — I shared the leading roles with other dancers.

Having worked so hard during the beginning of my career and being very goal-orientated, when my work load levelled off, I sought other things to fill up my time. I decided to do a business degree and pursue more education. Then one thing led to another and I found myself taking on a lot of leadership responsibilities within the company mentoring younger dancers and working with the Australian Ballet School a lot.  The leadership potential just grew from there.”

You were named Artistic Director of Louisville Ballet from a field of 80 candidates, of whom four were shortlisted. What was it, do you think, about you and your vision for the company that impressed the board?

“I think it was my knowledge of and willingness to work with the administration, as well as the fact that I wasn’t just coming in with just an artistic vision. I’d spent a lot of time crafting a vision with a lot of detail, so all that planning and organisation — that was something that I think appealed to them.”

You’ll get your first chance to give audiences a taste of your vision for the company at the Director’s Choice in April. How do you think your approach compares to that of the outgoing Director Bruce Simpson?

“Well, we’re both not American — Bruce is Scottish and had most of his career in South Africa, so we’re similar in our international tastes – the Australian Ballet, as you know, has a very international repertoire because we’re so geographically isolated. It puts a great deal of effort into making sure that the dancers and the audiences get to see a wide variety of works.

But there are differences in our tastes and our approach to technique. I’m roughly thirty years younger than Bruce and partly because of that, my ideas for the marketing of the company differ from his, particularly my approach to digital technology and where ballet can go or should go as an art form.

In terms of repertoire, there will always be Giselle, The Sleeping Beauty and Swan Lake, but in terms of commissioning new work and trying to take classical ballet forward into the twenty-first century, any kind of collaboration, venue or forum for getting classically-trained ballet dancers out making and presenting art is something I’m interested in.” 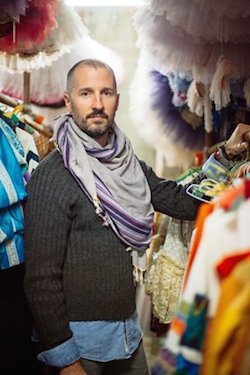 Are there any key personal and artistic experiences from your past that you think have particularly informed your approach to the art form?

“Most definitely creating and presenting with JACK Productions, a project-based dance company that I started with Lucas Jervies and Andrew Killian and Laura Message (née Tong) — pulling that company together and inventing the three pieces that we presented was an incredible challenge but also really rewarding. We got such positive feedback about trying to do something different with classical ballet and that’s where I feel most of my motivation comes from in terms of pushing the art form forward.

But I do have a profound respect for the tradition of classical ballet.

I see it like a cycle — if a classical ballet dancer dancing the role of Aurora or Odette performs in those ballets and then a month later ends up doing a new commission in a new venue with original music working with a visual artist, a Shakespeare actor and a digital media artist, that experience will build their skill space and make them braver.  When they come back to dancing Aurora and Odette, they’ll bring their experience with them and they’ll be able to try something new. And so on the cycle continues, as the physical facility they develop through performing the traditional works can also be explored and exploited in newer works.”

What made you choose to apply for the directorship of Louisville Ballet? Did you see the potential for creating that kind of loop in this company?

“Absolutely. The Louisville company is almost 65 years old, so it has a very rich heritage and history including performances with Baryshnikov in the 1970s and the 1980s. The community in Louisville is also very committed to its arts. It’s one of very few cities in the United States of its size — of any size really — that has all four of the major performing arts groups represented. We have the Louisville Ballet, Kentucky Opera, Actors Theatre and the Louisville Orchestra all in the one city, not to mention all the many, many, many other arts groups that thrive in the community!”

As a new director then, taking over the company really must have felt like a lot of responsibility — are there times when you’ve felt overwhelmed?

“It certainly does feel like a lot of responsibility! To be honest I don’t feel all that overwhelmed because Louisville Ballet has such a great team. The board is fantastic — they’re very involved, very open-minded and very supportive.

I did a lot of work beforehand in crafting a company vision, so I guess in any moment during which I start to feel my eyes widen and the pressure mounting I just go back to that vision and think through it again. Every time I go back to it I realise that it is what drives me. I remember that it is the passion, it is the fire inside of me, and that if I just stay true to it then it’s going to work.”

How does the Louisville Ballet compare to the Australian Ballet in terms of its size and work environment?

The atmosphere inside the organisation, however, is very similar indeed. Everyone’s very passionate about what they do, the dancers are very committed, very open minded, very driven and in terms of the quality of the work produced, it’s very similar.”

What are your short-term goals for the company?

“We have quite a lot of them. There’s the Director’s Choice, the details of which we’ll release in January, and that means a lot to me because I really do want it to be a snapshot of my vision for the company.

Beforehand, we’ll be launching 2015-16 and alongside that there will be the complete rebranding of the organisation. March-April is an important time for company. It will look completely different moving into that season so that will present a really exciting platform for us to present our art in the years to come.”