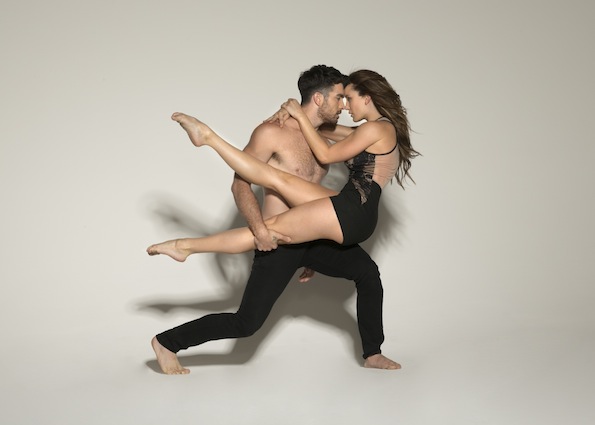 The young company expands and looks to the future.

At DancerPalooza, a student-driven festival introduced by Break the Floor in Long Beach, California, in July, Dance Informa caught up with one of Shaping Sound’s leading men, the handsome and incredibly talented Teddy Forance. While lounging on the floor between leading classes and performances, Forance shared what the past tour was like for the budding company and what makes the new season unique.

“It was magical!” Forance exclaimed. “The group spent so much time together before and during the tour, and being together that much and creating together that much really created that special personal connection, which showed on the stage. I felt like our show got better and better the more time we spent together.”

The company, which was established in L.A. in 2012, first broke into the limelight when it starred in an Oxygen original series called All the Right Moves. The show followed Wall, Lazzarini, Forance and Robinson as they set out to start their own dance company. Creating their first full-length show, the company held nothing back as it revealed a jam-packed and ambitious tour that would visit various major cities. 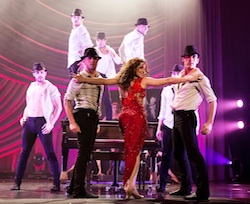 Reflecting on the tour now, Forance said, “I think our new agency was really impressed by how the tickets sold and the theatres filled up. We sold out more shows than not. And when we were about two weeks away from coming to New York, we sold out that venue, which led us to move the show to the Beacon Theater.”

Now these diverse artists, who describe themselves as “visual musicians” (hints the name “Shaping Sound”), have been joined by 12 other dancers, some returning and some new, for the North American Tour. Auditions were held in August for new company dancers and the final ensemble is now rehearsing for the tour.

“It will be the same show but about 20 minutes longer,” Forance explained. “When we created this show originally we only had 20 rehearsals through the entire run. So when you’re working that fast you can’t really make a choice to say ‘No’ or ‘I don’t like that.’ We would start the day in rehearsal and have a list of pieces to finish. So that was pretty wild. But this time we have the show base and we can go in and really amend the nuances that needed more attention.”

The show’s concept was inspired by a quote from the original Peter Pan book – “You know that place between sleep and awake, the place where you can still remember dreaming? That’s where I’ll always love you. That’s where I’ll be waiting.”

Blurring the lines between dream and reality, it is an imaginative exploration of what happens in dreams. One main character, who was danced by Jaimie Goodwin last season, fantasizes of the man she loves through different scenes that further accentuate the company’s dynamic movement style that fuses jazz, contemporary and hip-hop choreography. 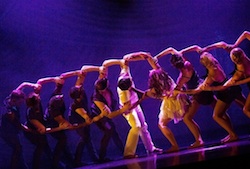 “We really want to go in and make it better for each character, helping us connect better with who we are,” Forance said on this season’s revised show. “That’s really our goal – just to get the story to where it needs to be so people can really get our vision behind it. On this last tour, some people really got it and others said it was a really great dance show but they didn’t necessarily get all of the story.”

Likewise, Travis Wall shared what he hopes for this tour: “We’re hoping to reach a larger audience this year. Last year we played mainly to an audience of true dance fans, and of course we can’t wait to see them again, but we also hope to pull in more people who are just learning about us and about dance.”

He continued, “We hope Shaping Sound will exceed their expectations of what a dance company is with our new show, which is beautiful and entertaining, while also being technically strong. We want to make those people fall in love with dance.”

When looking to the future, this company has exciting plans and big dreams. When asked if the ensemble is looking to tour internationally, Forance enthusiastically says yes.

“Yeah, we want to go everywhere! In the next three to five years, we want to really get this show going and then begin to pursue the rest of our expanded vision,” he said. “Gil Stroming [Founder and Executive Producer of Break the Floor] really wants to create many shows under the Shaping Sound company and have them all tour separately at the same time, almost like a Cirque du Soleil… We want to create as many shows as possible. There’s really no limit.” 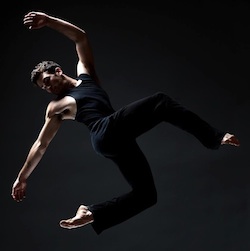 Forance, who is a fourth generation dancer in his family, also has many personal interests and dreams. Like his mother, who owns the Hackworth School of Performing Arts in Massachusetts, he loves to teach and mentor young dancers. Throughout his many travels to teach at conventions, he still manages to stay in contact with his former students. He said, “They’re emailing me their ideas and combos and I’ll watch and give them feedback. It’s nice to stay connected and when they graduate, it’s important to be a part of their careers.”

To see Forance and the rest of the Shaping Sound company in performance, catch them this fall and winter on tour. The company will launch their second year of tour dates with performances at the Ricardo Montalban Theatre in Los Angeles on October 11 and 12. To see the full tour schedule, head to www.shapingsoundco.com.