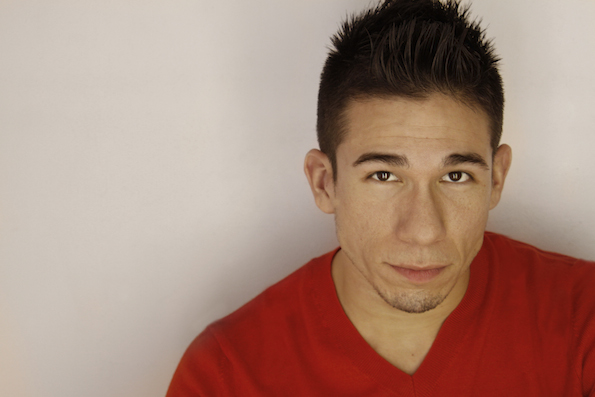 By  Stephanie Wolf and Deborah Searle of Dance Informa.

Jon Rua is a notable quadruple threat. He acts, sings, dances and choreographs; and is getting noticed in all four disciplines.

Rua debuted his work Stuck — which uses hip-hop-based movement to explore what it means to feel mentally or physically stuck in life and how one can face that experience– at the 2014 Capezio A.C.E. Awards in August at the Hilton New York hotel. While he didn’t place at the competition, his choreography garnered a number of admirers.

Not a new name in the industry, Rua has appeared in the Broadway musicals In the Heights and Hands on a Hardbody. He has also performed and choreographed for a slew of regional and Off-Broadway theatrical productions, in television shows like Law and Order, and onstage with recording artists such as the jam band Phish and pop superstar Mariah Carey.

Yet, at 31, the choreographer has about half the experience of his dancing peers.

Rua started dancing consistently around 21, dabbling first in funk and urban dance — the “underground scene,” as he refers to it — then delving into musical theater and, later, some ballet and tap.

In regards to starting dance later in life, Rua says it “has its pluses and minuses.”

He believes his late start has given him some artistic liberties with his career because he didn’t feel bound by ideals established through formal dance training.

“I created my own rules,” Rua says. “That opened up my imagination. I think a lot of kids growing up, because they’re so ingrained with having ‘this is this way’ or ‘that is that way,’ have a hard time letting go.”

Some people are resentful of his late start. And Rua gets why, but stresses that he pushes himself really hard to make up for the lost time. 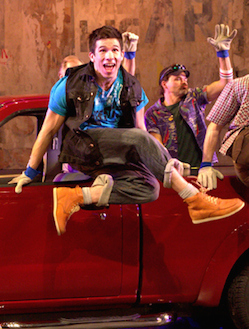 “I don’t know if I would have busted my butt as much if I had started earlier,” Rua says.

Though, as Rua started to train and develop an understanding of dance technique, he adds that he found this knowledge a critical tool in his work. Now, he strives to find a balance between his instincts and the information he acquired in the dance studio.  This goes for each of his crafts.

His choreographic style can be described as fluid with a natural coolness that makes it distinct from other modes of hip hop dance. Influenced greatly by his acting and singing background, Rua strives to convey a story through dance and fold the audience into that story — transporting them to another place just for a moment in time.

Currently, Rua is working on another project with Lin-Manuel Miranda, the creator of In the Heights. The production, titled Hamilton Mixtape, is a musical premiering at the Public Theater in New York City this winter. Blending hip-hop music with classic Broadway styles, the musical is about the life and death of Alexander Hamilton, one of the founding fathers of the United States.

The hip hop choreographer is also keeping busy with a variety of other projects as well, including a new indie film with Desmond Richardson called Fall to Rise — now showing at film festivals throughout the country — teaching at Broadway Dance Center, and hitting the audition circuit hard.

And, while he’s hesitant to call it a dance company, Rua has compiled a roster of dancers he regularly creates work on.

That army became The Grit, a collective of movers and performers Rua has worked with over the years and are familiar with his process.

“The members are invested in how I move, how I create and what I believe,” Rua says.

Based in NYC, where there is a less prevalent hip hop scene than Los Angeles, Rua doesn’t want to pigeonhole the troupe as a ‘dance’ ensemble. Rather, he refers to is as a dance theater project — an avenue to explore a variety of performance and media outlets.

In the near future, Rua hopes these endeavors — indie films, YouTube videos, pop-up The Grit performances, Broadway musicals, and choreographic competitions — lead to his ultimate goal, his own show. Still working out the details, Rua says he wants to create something that triggers emotions in others as well as resonates within himself.

“It’s all about pushing it and perseverance,” Rua says. “That’s kind of my model for life.”