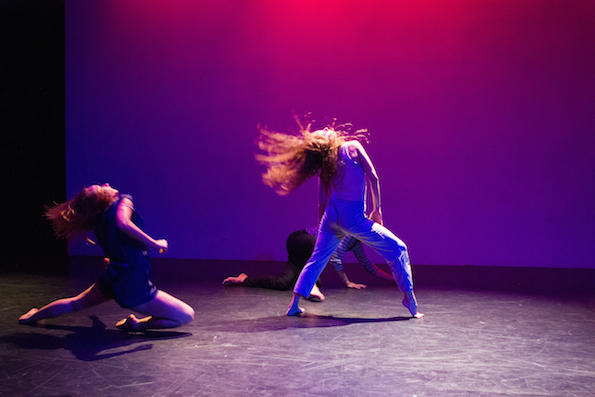 Brendan Drake has been making work in NYC since 2009 under the moniker Brendan Drake Choreography. Though choreographing is always a place where he’s always felt at home, making dances really peaked his interest because it meant he could be creative on his own terms. He is spunky yet serious, telling physically driven stories that are often subtly humorous. His young troupe has been presented by Triskelion Arts and the Current Sessions, among others, with plans to take over both stage and screen in the coming months. Read excerpts of his interview with Dance Informa’s Tara Sheena below to find out his major influences, why he has embraced the fashion world, and how you can catch his moves on a YouTube channel near you very soon.

What originally drew you to choreography? Do you have any early influences you recall?

“I was a 14-year-old musical theater kid who found dance as a way to improve my stage presence and coordination. My “Aha” moment came during a beginner Modern Dance class when my teacher Jen Pollins showed us a video of England’s DV8 Physical Theater and I thought to myself “ YES PLEASE…THAT’S FOR ME!”  I was always more attracted to the creative aspect of dance. Dancers my height and shape tend to work in [ballet companies], which has never been something I wanted to go in to. Choreography became a way for me to deconstruct notions of what a dancer should be by allowing me to create little worlds all my own to inhabit. Some big influences on my work include Tere O’ Conner, John Jasperse, Susan Marshall, Bob Fosse and Michael Bennett, but I’ve also always been drawn to the theatricality of Martha Graham.” 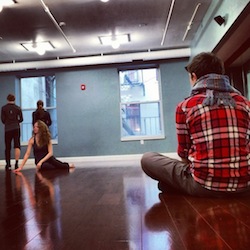 Brendan Drake looks on at a rehearsal. Photo by Alexis Convento.

“I’ve never been a particularly disciplined dance student, which, in a strange way, has positively influenced my choreography. There’s a rambunctious and rebellious streak in my work (bordering comedy at times) and I’ve increasingly become more interested in making performances that blur the line between theater and dance. A big aspect of my work is the idea of the underdog. I’ve always felt a little bit like an outsider and it interests me to explore themes of belonging and finding a sense of place through performance.”

In your mind, what is the biggest challenge for emerging choreographers right now? What are the strategies you’ve employed to navigate that challenge?

“I’m going to go ahead and wholeheartedly agree with my friend Kate Ladenheim [fellow “Budding, Not Yet Blooming” artist] who gave a perfect answer to this question last month: “audience engagement and cultivation.” I think somewhere down the road, dance artists forgot that dance performance is a business. We as artists are basically running our own corporations so we need to constantly redefine and reimagine how we produce and market work to stay relevant. There’s an awful lot of unnecessary distance between us and the rest of the cultural world. 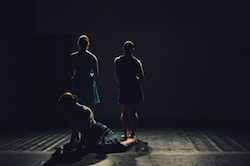 Brendan Drake’s Mapping at the Wild Project in March 2014. Photo by Corey Melton.

Over the summer, I began choreographing for fashion shoots and commercials that have completely changed the way I look at movement. I was pleasantly surprised by how open to ingenuity the fashion world is.”

“I am about to begin rehearsals for a new work deconstructing the portrayal of gay men as Villains in 1950’s Film Noir. That will premier in March 2015 at Gowanus Loft in Brooklyn. My company will also be showing at this year’s APAP [Association of Performing Arts Presenters] conference at Gibney Dance Center. Additionally, I choreographed two YouTube campaigns for Kate Spade and Hermes, which will both release in December.”