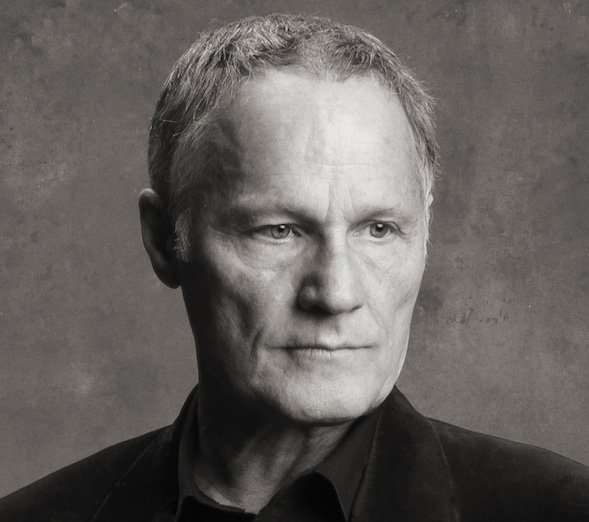 “If one is there to create, then that is the bottom line. Determination to create again is what sustains the company more than anything else. It is the reason you do what you do,” says internationally renowned choreographer Lar Lubovitch.

Founded in 1968, Lar Lubovitch Dance Company has created over 100 new dances and performed in over 30 countries in its 46-year existence.  The company employs versatile dancers who are capable of performing an eclectic range of repertory.  Often referred to as a “modern” dance company, Lubovitch takes issue with that title that he considers dated.

Unlike the work of modern dance icons such as Martha Graham, Merce Cunningham, and Jose Limon, Lubovitch’s work has not focused on developing a distinctive movement language.  Instead, he has delved into crossing the borders between dance styles, choosing to embrace a range of movement vocabularies to suit his vision.

“I don’t care to be called a modern choreographer. It’s a misnomer. My work, I call it ‘dance’,” Lubovitch says.

“From my point of view, it’s all inclusive.  Modern dance movement ended sometime in the 60s, but writers like to put title to things,” he says with humor.

From ballet companies such as ABT to Broadway productions like Into the Woods, this inclusive approach to dance has led Lubovitch to choreograph across all genres. With an honorary doctorate from the Julliard School, his alma mater, Lubovitch has also been the recipient of Emmy and Tony Award nominations, was named a Ford Fellow, and received the Dance/USA Honors, one of the highest honors in the field.  His work has even led to notable contributions to the field of ice dancing by creating dances for Olympic skaters John Curry, Dorothy Hamill, Peggy Fleming, Brian Orser, JoJo Starbuck and Paul Wylie.

While his skills as a choreographer allowed him to lead a diverse and varied career across genres, Lubovitch asserts that the center point of his work stems from his own company.

“I’ve learned from working in other genres…but working with my own dancers, there’s a feeling of getting home again,” he says.

On October 15-19, 2014, Lubovitch’s company returns to The Joyce Theater in New York to present the world premiere of The Black Rose and a new production of Lubovitch’s Artemis.

Originally created in 2003 for American Ballet Theater’s tribute to the Cultural Olympiad, this rendition of Artemis will feature guest artist Alessandra Ferri. Based on the Greek myth of the goddess of the hunt, Artemis also features Lubovitch Company dancer Tobin Del Cuore as Aktaion, 10 young dancers from the Julliard School, and live music by Le Train Blue performing Christopher Theofanidis’s original score.

“I’ve always had an affinity for storytelling,” Lubvoitch says about his attraction to myths and legends in relationship to his work.

Continuing with the theme of narrative and derived from these ancient folk tales, Lubovitch has written the plotline for The Black Rose, a project partially underwritten by the National Dance Project. Choreographed for ten dancers, this dramatic work also features a commissioned score by Scott Marshall.

For a choreographer who has often created dances that follow “the story of the music” or an “emotional thread in relationship to music,” these works truly represent a return to literal narrative.  Lubovitch says his interest in these tales stems from the fact that while the details have changed over time, the essence of these stories has remained the same for hundreds of years.

“These stories have been rewritten, but the basic underlying morals have remained consistent. These tales were originally dark, cautionary tales, horror stories, but over time they were brightened, cleansed, turned into children’s stories, “says Lubovitch.

With a lifetime of choreography under his belt, the choreographer perseveres into his company’s 46th year with never-ending curiosity about his art form.

“I’ve always tried to make very good dance. Along the way I’ve made some fine pieces,” he says. “I’m always endeavoring, and I’m obsessed with getting it right, finding the stimulus in trying again. I’m intrigued with the idea of stretching, furthering.  Is there more dimension to what’s possible?”

When asked about what it takes to make a dance company survive for 46 years in an uncertain economic climate for the arts, Lubovitch isn’t cavalier about the commitment involved.

He explains, “It takes a great deal of courage. In dance, the economy is always a bad time. Learning to keep the spirit is essential for the long haul.”

The renowned company will continue working as it has for years: performing nationally and internationally and by participating in teaching residencies at schools such as Julliard and Skidmore College, as well as in NYC public schools.

“Where we’ve been is a good indication of where we’re going,” Lubovitch says. “Survival is something you confront on a daily basis. You’re either in favor of survival or demise.”

For tickets to The Joyce season visit www.joyce.org/performance/lar-lubovitch-dance-company.