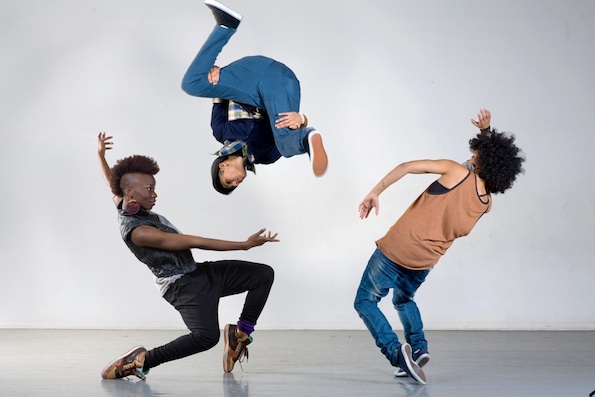 The CUNY Dance Initiative was developed in response to the Andrew W. Mellon Foundation’s 2010 report “We Make Do,” which cited the critical need for affordable dance rehearsal space in New York City. A successful pilot project in 2013 supporting choreographic residencies and performances on four CUNY campuses prompted CDI to expand its scope.

In CDI’s 2014 season, 11 CUNY colleges in all five boroughs will host a total of 20 dance residencies. The residency projects, which represent a diversity of ideas, approaches and styles, will take place between July and December 2014. 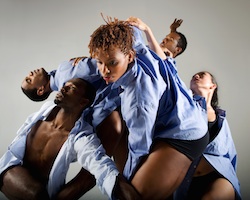 Renegade Performance Group will have its residency at Brooklyn Center for the Performing Arts at Brooklyn College on October 24–December 19. Open rehearsals, dance technique and lecture-­demonstrations will be hosted on Friday, November 14, and Friday, December 19. Photo by Rachel Neville.

In addition to providing space for artists to create work and rehearse, all of the CDI projects include programs for students ― master classes, open rehearsals, etc.― and in most cases, public events such as lecture-demonstrations and performances.

“The CUNY Dance Initiative is an important new partnership that will enrich campus and community life and expand opportunities for local artists,” said Chancellor James B. Milliken. “We are pleased to welcome so many talented dancers and choreographers to CUNY campuses and very much appreciate the support of the New York Community Trust and the Mertz Gilmore Foundation.” 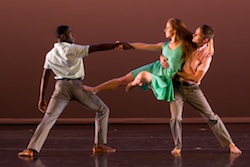 Artists were selected through an open application process. In this first round, CDI received 178 applications. Each campus selected its residency companies. CDI is providing subsidies to the participating colleges to assist with artist fees, rehearsal expenses, marketing efforts and other costs.

CDI is supported by a lead two-year grant from the New York Community Trust, with additional two-year funding from the Mertz Gilmore Foundation. The Kupferberg Center for the Arts at Queens College is serving as the administrator of CDI, and has appointed Alyssa Alpine, who brings more than 13 years of experience as an arts administrator, dancer and writer in New York’s non-profit world, to manage the project.

For more information about the CUNY Dance Initiative, visit www.cuny.edu/danceinitiative. The guidelines and application for 2015 residencies will be available on the CDI website in September.

Photo (top): Decadancetheatre will have its residency at the Hunter College Dance Department on November 15–December 7. The company will host a free master class on Monday, October 20 from 1:10–2:25 p.m. at Thomas Hunter Hall. Photo courtesy of Decadancetheatre.