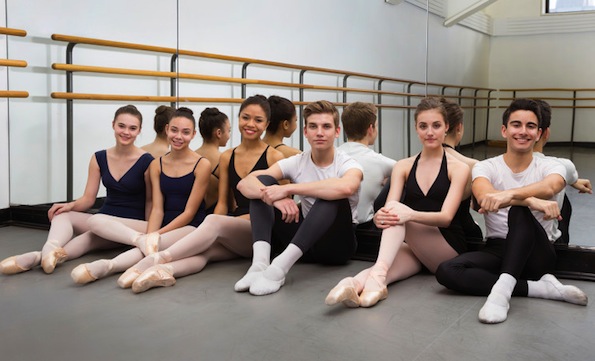 As July arrives at our doorstep and the accompanying heat and humidity rolls in for much of the U.S., it might be the best time of the year for dancers to grab a fruit smoothie and their laptops, tablets or phones and catch up on the latest dance media. In the last year, many new online dance shows have been announced and there is no shortage of episodes for dancers to feast their eyes on.

Following in the wake of many other dance shows that have graced America’s boob tube in the last decade – including competitions like So You Think You Can Dance and Dancing With The Stars and reality shows like Dance Moms and Breaking Pointe (which was sadly not renewed after last season) – these new online shows have introduced a new arena for dance TV, providing viewers the flexibility to watch episodes whenever and wherever suits them and a different, more intimate look into the worlds of both pre-professional and professional dancers.

Dance Informa has compiled a list of some of these new online dance shows, ones that are already online and available for viewing, as well as others launching later this year.

AOL launched this behind-the-scenes mini documentary series in November 2013. Conceived by Executive Producer and New York City Ballet Board Member Sarah Jessica Parker (known for her starring role in the hit show Sex and The City), and produced by Pretty Matches Productions and Zero Point Zero Production, it offers a rare look at the day-to-day lives of the elite artists of the New York City Ballet, revealing what it takes to perform on one of the world’s top ballet stages. 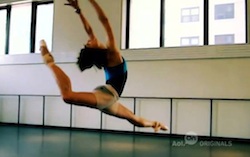 Photo by Ashley Bouder for city.ballet.

city.ballet., which is presented in short, five to eight minute episodes, looks at dancers in class, in rehearsal and in preparation for performance. It introduces the ranks of the world-class institution and then breaks it down, first looking at apprentices, then corps de ballet, soloists and principals. The next few episodes dive into specific topics like dancer relationships, injuries, partnering and the particular perspective of male dancers.

Capitalizing on dancer commentary, the series is a great marketing tool for NYCB, but also a wonderful way for aspiring dancers to see what a professional dancer’s life really looks like – lots of hard work and dedication.

The show has excitingly been renewed for a second season. To catch up on the first, head to on.aol.com/show/cityballet.

Almost like a sister show of city.ballet., Strictly Ballet is a new webseries from Teen Vogue that zooms in on six student dancers from The School of American Ballet, the associate school of the New York City Ballet.

In this series, viewers receive unprecedented access to the sweat, tears and effort that goes into each of these dancers daily lives as they strive for stardom.

Launched in mid-May, the first season is completely available online (all 14 five-minute episodes.) It looks at various issues teen dancers face – such as recovering from injuries, nurturing other interests outside the studio, preparing for auditions, managing competitiveness and how to perform best under the watchful eye of the teacher (in this case, NYCB Artistic Director Peter Martins!) It also reminds viewers that these dancers are real people too, teens that think about dating and dream about getting into a company one day.

To watch an episode or find out more information, visit video.teenvogue.com/series/strictly-ballet. 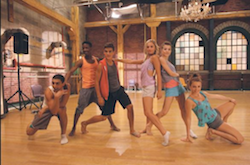 Hulu’s new reality-TV-style dance show follows the lives of a group of fictional high school dancers at The Next Step Dance Studio as they train hard, rehearse and hang out.

Striving to win regional championships, the dancers come together to present their best in the hopes of qualifying for the national title.

Featuring the typical jealousy and rivalry that is emblematic of clichéd competitive dancers, the show overcomes it’s cheesy scenes through the excellent dancing of the cast. One of the dancers is even a freshman at Juilliard off set! Talk about genuine talent!

See all 30 23-minute episodes of The Next Step’s first season at www.hulu.com/the-next-step.

Ovation TV’s Big Ballet is not your typical dance show. The new three-part series chronicles the highs and lows of a plus-size adult amateur troupe mounting a production of Swan Lake.

Led by ballet legend Wayne Sleep, who worked through his own size issues as the shortest dancer ever to debut on The Royal Ballet stage, and Irish Prima Ballerina Monica Loughman, Big Ballet introduces 18 men and women aged 18-55 who have always been interested in ballet and are finally getting a chance to try it out, some for the first time and others for the second time after being rejected by traditional ballet schools.

Chosen from over 200 auditionees, these dancers are taught classical ballet and then cast in a performance of Swan Lake, which is eventually staged in front of 1,500 people. 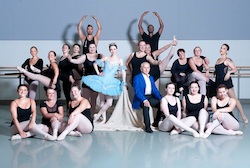 To meet the dancers or to learn more about this show that confronts ballet’s body stereotypes, visit www.ovationtv.com/series/big-ballet. To see the episodes online, head to Channel 4’s website at www.channel4.com. [Side Note: Dancers might also want to check out Ovation’s new series Young Marvels, which will first air on TV on July 16. It looks at several child prodigies, including 14-year-old ballet dancer Duncan and a blond-haired ballroom dancer named Lev, only 8 years old.]

Set to be released anytime now, this is the first of two new online shows that So You Think You Can Dance Executive Producer Nigel Lythgoe and the DanceOn YouTube network announced earlier this year.

Dance School Diaries is a docu-series that will follow four teens and their families as they participate in one of the world’s largest and most prestigious ballet competitions, the Youth America Grand Prix. The series will track each of the four dancers from classroom to audition, giving viewers an in-depth look at the world of competitive dancing for contemporary young adults.

In an interview with The Los Angeles Times, Lythgoe compared the intense experience of the Youth America Grand Prix to the professional football draft. He said, “These kids come from all over to New York where they are seen by representatives from ballet companies from all over the world. The Dresden Ballet, The Royal Ballet in England and all of the major ballet companies here take a look at them.” 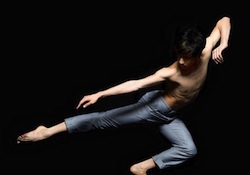 The series will try to capture all the emotions found in the dance rehearsals, auditions, performances and competitions leading up to the Youth America Grand Prix. Follow DanceOn at www.youtube.com/DanceOn to see when the show’s first episode will be released.

Later this year, DanceOn will also premiere Every Single Step, a reality competition show for choreographers. Building on the success of Lythgoe’s SYTYCD program, this new dance series will feature eight contestants taking the stage to compete for the coveted title “Choreographer of the Year.” The winners will also be given the opportunity to work with the leading names in the industry.

Discussing Every Single Step, Lythgoe told The Los Angeles Times that participants will be selected by him and a panel of choreographers to “enter into a competition that revolves around being given challenges.”

He added, “At the end of it, we hope to have choreographers that can [create work] on So You Think You Can Dance. I wanted to put it to good use.”

Subscribe to DanceOn’s site to see any new postings about this program.

Photo (top): The six dancers from The School of American Ballet featured in Strictly Ballet. Photo courtesy of Teen Vogue.