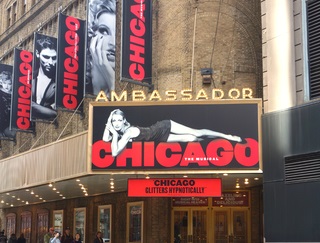 Do you dream of dancing under the bright lights of Broadway? Would you love to perform in an iconic show like Chicago, or a new hit like Matilda? For many dancers, this is the ultimate dream. Dance Informa sat down with dancers (both rookies and Broadway veterans) who are currently performing on Broadway to hear about their debut experiences and what it really takes to make it in musical theatre. Here two of the dancers share their insights and advice: 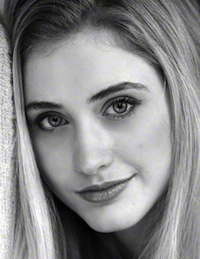 “My first Broadway show was Gypsy with Bernadette Peters.”

“I auditioned for Gypsy around 11 years ago now, but I still vividly remember two specific calls. I remember being called back for my first dance call where about 30 little girls, including myself, learned a combination from the show. We got split up into small groups and had to perform it multiple times. I also remember there being a camera crew videoing some of the audition and taping one girl in particular. I was convinced she was going to get the part. I also have a distinct memory of my final callback where it was between one other girl and myself. Each of us had to go into the room by ourselves multiple times to sing and dance, switching on and off.”

“I’d say working on Broadway isn’t much different from working or putting up a show elsewhere. I’ve put up many high school and camp productions where we followed the same steps when putting a show together.”

“I trained at a dance studio in my hometown. I’d take two or three classes every day after school Monday-Friday. I trained in ballet, tap, jazz, lyrical, acro, hip-hop and modern. On the weekends, we rehearsed competition numbers and sometimes studied privately.”

“I always loved performing but the Broadway performances on the Macy’s Thanksgiving Day Parade is what really inspired me. I remember watching the performances at a very young age and wanting nothing but to be in the shows that were performing.”

“I’d say NEVER give up. It really can take years and years of auditioning and training. The second you give up the game is over. Keep playing and you will win!” 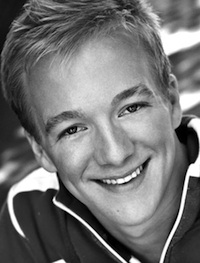 “My first Broadway show was Shrek the Musical. About four months after the show opened on Broadway, they were looking to add another male swing to the company, and I got the job!”

“Of course I remember the audition! I had made it to final callbacks for one of the ensemble tracks when they were casting the Seattle tryout of the show. I remember that round of auditions being a very positive experience, especially in my connection to choreographer Josh Prince and his associate Sloan Just. I assumed that if I’d made it that far in the process that there was some interest in me. So when I saw the next casting notice for an open call, I knew I should go back in.

We danced a section of the very precise, comical “What’s Up, Duloc?” and the skeleton routine from “Donkey Pot Pie,” and sang two songs of contrasting style. Again, I felt a great connection with the creative team that day and was ecstatic when my agent called me on a Saturday afternoon with a Tuesday callback for the show onstage at the Broadway Theater! I went to read scenes for Director Jason Moore and Stage Manager Peter Lawrence, headed down to wardrobe to try on a few costumes and walked out of the theater with an offer to start on Friday!”

“Every job is different, whether it’s a Broadway show, a regional production, an out-of-town premiere, summer stock, workshop, etc. There are joys and frustrations specific to each project, whether you’re performing in midtown Manhattan or anywhere else. That being said, my dream since age three was to perform on Broadway, and the joy of getting to live my dream doesn’t escape me.”

“Growing up, I always loved performing, but I didn’t start dancing until I enrolled for my first tap class when I was 10. And I never looked back. I was very fortunate to train at Miller-Marley School of Dance and Voice in Overland Park, Kansas, which has turned out numerous talented and dedicated Broadway performers for many years. Presently, there are three alums from the studio performing on 49th Street alone (two in Chicago, one in The Book of Mormon)! The incredible discipline and opportunities Miller-Marley and the KC theatrical community provided were incredible springboards for New York and the business.”

“I grew up loving the Disney movie-musicals, The Wizard of Oz (I am from Kansas!), and the Mary Martin TV version of Peter Pan. I used to sing with a fake mic on the front of the fireplace and put on shows with the neighbor kids. As long as I can remember, I was inspired to be a Broadway performer.”

“If you love performing and want it more than anything else in the world, stay persistent. It’s never easy. There are highs and lows for every performer. But if you really want it, it’s worth it.”

To hear from dancers Brittany Marcin Maschmeyer (Bullets Over Broadway) and Brandt Martinez (Aladdin) check out the April edition’s Making it On Broadway feature.

To hear from dancers Kristin Piro (Rocky) and Nick Spangler (The Book of Mormon) check out last edition’s Making it On Broadway feature.