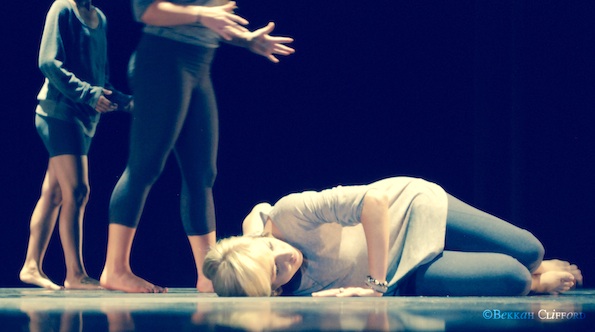 Scott credits change for the longevity and necessity of the festival. “Prior to M.A.D., there existed a festival called ‘Atlanta Dance on the Loose,’ which was presented by an organization called Dancers’ Collective. Dancers’ Collective lost its National Endowment for the Arts (NEA) funding for the festival in 1994, leaving a void in the local modern dance community. Full Radius Dance is the type of organization that, if we see a need, we jump in to fill it rather than wait for someone else to take the lead.”

Scott adds, “I am inspired by the constant change that occurs within the community; the influx of new dancers, new choreographers, and the refinement of an established choreographer/company’s voice. Of course, I’ve also seen dancers leave Atlanta, choreographers leave the field and companies cease to exist. But that’s okay. In some respects life, and dance, is all about change.”

Part of that change is the evolution of what constitutes as modern dance. Scott shares, “The lines between dance forms were stricter when the festival launched. While I was training, modern dance meant Martha Graham, Paul Taylor, or Merce Cunningham, etc. Now we take a broader look at what is modern dance.”

One need not look any farther than this year’s roster of performing artists and companies to realize the festival’s sincere commitment to keeping up with the times.  “This year’s new festival members will bring further diversity in artistic vision and movement to the stage,” shares Scott. “I love the blend of [Lester] Horton and classical ballet [techniques] that Atlanta Dance Connection possesses. Christen S. Weimer brings the very first modern work [to this festival] employing pointe technique. Emily Cargill and Anicka Austin both have a very fresh, interesting point of view.”

These new additions to The M.A.D. Festival round out a roster that includes host company Full Radius Dance, SWADance Collective from Valdosta, GA, and Project 7 Contemporary Dance of Atlanta. 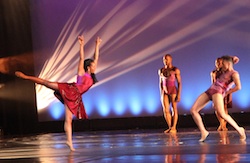 The M.A.D. Festival is held at The Balzer Theater at Herrens, a unique black box venue.  A little research on the theater tells a unique story about the theater’s status as LEED certified by the U.S. Green Building Council and its history as the former Herren’s restaurant site – the first restaurant in Atlanta to voluntarily desegregate in 1962. The historical and current focus on community and social responsibility seems a beautiful partnership for Full Radius Dance and The Balzer Theater.

Scott said the venue was chosen “because the size of the house [200 seats] is appropriate, the raked audience seating works well for dance and the fact that the theatre is physically accessible for patrons and dancers.” He adds Full Radius has several connections to Theatrical Outfit, which is housed at the Balzer. “We shared the stage with Tom Key (Artistic Director of Theatrical Outfit) in 2013 and he became a fan of Full Radius Dance. Two of our board members have or do work at Theatrical Outfit.”

Scott shares that, “To move the festival into the next decade, we are actively seeking full partnerships in producing the festival. I’d love to hear any ideas with anyone out there!”

Full Radius Dance could stop at just curating the festival; however, it is also committed to fully sponsoring production costs and providing performance fees to the artists and companies who perform. 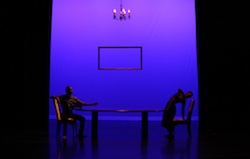 “Over the years, 65 different companies and/or independent choreographers have graced the festival stage. The M.A.D. Festival is offered to the participating companies/artists free-of-charge – no application fee and no participation fee. Full Radius Dance covers the theatre rental, the technicians, etc. And we are very proud to share that, over the years, Full Radius Dance has provided over $27,000 in honorariums,” shares Scott.

All this altruism certainly does make one wonder how Full Radius Dance is able to sustain The M.A.D. Festival. Scott explains, “Our continued support takes that special kind of magic well-known to most small nonprofits – we can stretch a dollar like nobody can stretch a dollar! We rely a lot on in-kind services provided by the Board of Directors and myself, our wonderful technical director Diane Lassila, and keeping a tight hand on the purse strings.”

He adds, “It would be great to be able to breathe a little easier. Towards that end, we’ve launched a Power2Give campaign to help underwrite the festival. Any donations received will be matched by the City of Atlanta on a 1:1 basis, meaning $10 becomes $20, $20 becomes $40 and so on.”

The M.A.D. Festival promises audience members it will “experience a variety of choreographers, physical technique and artistic visions in one single evening. There will be lots of emotional twists and turns, exploding lifts and sudden falls to the floor, intimate partnering and stunning group work.”

Full Radius Dance will premiere Bête Noire (literally translated as “black beast”), which investigates a mysterious threat.  SWADance Collective will perform Sarah Wildes Arnett’s emotional duet a strange(r) fare, based on a dinner table conversation that a couple has over and over again. Project 7 Contemporary Dance will perform Cherrise Wakeham’s In This Shirt, representing the process of carrying unique burdens.

In addition, Atlanta Dance Connection will present House choreographed by Allyne D. Gartrell. Weimer will present the work Sablon, which was inspired by a Nietzsche quote, and Anicka Austin will present Heidegger, a work looking at the presence/absence theory.

One thing is for sure, the festival’s breadth of material is exciting and the collective voice of the festival appears to be strong. The M.A.D. Festival runs March 14 and 15. Advance tickets may be purchased at www.fullradiusdance.org. To find out more about the Power2Give campaign, visit www.power2give.org.