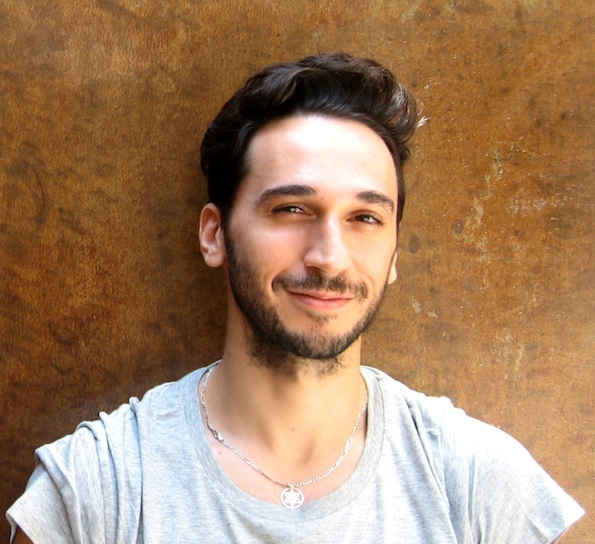 Atlanta’s second annual Off the EDGE artists were announced last month to great fanfare. The festival, which will take place January 31 and February 1, 2014, is intended to introduce Atlanta audiences to a wide range of dance companies both established and emerging.

Guests who gathered at Atlanta Ballet’s Michael C. Carlos Dance Centre for the reveal party are movers and shakers in the Atlanta dance scene: producers, company managers, dancers, writers and artistic directors from the city’s major dance organizations. Specially prepared “Off the EDGE” cocktails circulated, and the anticipation was palpable as Leslie Gordon – director of the Rialto Center for the Arts which hosts and produces the festival – stepped forward to introduce the new curator, Ilter Ibrahimof.

Fresh from stints as Artistic Advisor to New York City’s Fall for Dance Festival and Canada’s Festival des Arts de Saint-Sauveur, Ibrahimof seemed an obvious choice for the high-profile position. The curator, we were told, is also founder and director of Sunny Artist Management (SAM), a successful firm that represents a number of established and emerging international dance companies.

Given his background, I fully expected to meet a wizened, older gentleman, not the young man in a T-shirt and stylish jeans who introduced himself. “You’re much younger than I thought you would be,” I told him. He smiled and replied, “I get that a lot.” 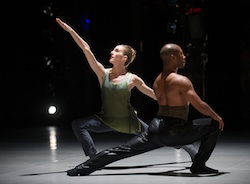 Ibrahimof, who is 33 but could easily pass for 25, is already a veteran of the artist management business. Born and raised in Istanbul, Turkey, he moved to the United States when he was 17 and earned a degree in Theater Studies from Emerson College in Boston. After graduation, “I didn’t know what I wanted to do, but I knew I wanted to be in the dance field,” he says. In 2001, he moved to New York City and took an internship with World Arts Inc., a now defunct arts management agency.

The internship proved a transformative experience for the budding entrepreneur. Because the agency was small, Ibrahimof was involved in every aspect of day-to-day business; he connected with other people in the field, met artists and collected trade secrets. But as his knowledge of the field expanded, Ibrahimof became more and more aware of the agency’s internal problems. “My boss was a great guy but not a great businessman,” he says.

Ibrahimof saw an opportunity when the National Ballet of Spain, under the direction of acclaimed choreographer Nacho Duato, fired World Arts. A huge fan of Duato’s work, Ibrahimof, then 24, decided to seize the moment and start his own artist management company. “I flew to Spain and begged him to work with me,” says Ibrahimof. Duato agreed, and Ibrahimof says he was “immediately on the map.”

As Sunny Artist Management grew, Ibrahimof realized it no longer made financial sense to live and house his business in New York City. He felt he would never be able to afford a home or “have a real life” there because of the high cost of living. After World Arts, Inc. folded, SAM took over representation of Les Grands Ballets Canadiens de Montreal, and Ibrahimof realized he “fell in the love with the city more and more” every time he visited. So, in 2008, he decided to relocate to Montreal, Canada. “They have a lot of arts funding, health insurance, free education, gay marriage, all the things I care about,” he says. 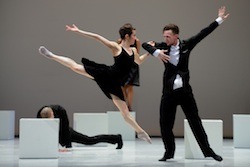 SAM, now almost 10 years old and still based in Montreal, represents American, Canadian and international dance companies with existing works. Among its clients are Ballet Preljocaj of France, Shaun Parker & Company of Australia, and American ballerina Wendy Whelan. “Our roster is six to seven artists,” Ibrahimof says. “We don’t go beyond that. That’s why curating is really great for me. Because I see so many things I can’t represent, it’s a way to help artists I really like.”

Like SAM’s artist roster, Ibrahimof’s choices for Atlanta’s Off the EDGE festival reflect an eclectic aesthetic. “It’s hard because I like so many different things,” he says when I ask how he chooses artists. “I love contemporary ballet – romantic, flowy, beautiful, somehow accessible choreography. When it’s good, it really speaks to my heart.” Ibrahimof is also drawn to young choreographers with fresh ideas, especially those who find new ways to interpret traditional dance forms like Indian Kuchipudi and Flamenco.

Off the EDGE will feature two duets by Wayne McGregor, a leading figure in the contemporary ballet world, as well as a work by young Spanish choreographer Alejandro Cerrudo from Hubbard Street Dance Chicago. Representing dance styles not often seen on the concert stage are the French-based Compagnie Käfig with its theatrical hip-hop work Kafig Brazil, and tap dancer Michelle Dorrance, who will perform with Atlanta-born singer and former American Idol contestant Aaron Marcellus.

Ibrahimof says he loved the experience in Atlanta and is pleased with the lineup for Off the EDGE. In addition to curating, the young entrepreneur hopes to expand SAM’s mission and organize more tours that bring international artists to North American stages. At his current pace, that shouldn’t take long.

For more information or to book tickets for the Off the EDGE festival, visit www.rialtocenter.org/EDGE.html.