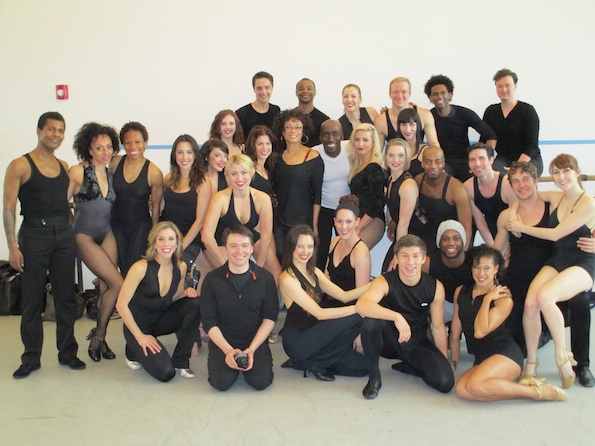 Bob Fosse was one of the greatest dance visionaries of the 20th century. He directed and choreographed over 23 films and Broadway musicals and is the only person ever to have won the “Triple Crown:” a Tony (for Pippin and Sweet Charity), an Oscar (for Cabaret) and an Emmy (for Liza Minnelli’s television concert, Liza with a ‘Z’). Gwen Verdon, Fosse’s triple-threat dance partner, wife and creative muse, inspired much of his sassy and sensual choreography. Verdon went on to star in such Fosse shows as Sweet Charity, Chicago, Damn Yankees and Redhead. Today, the signature style of swiveling hips, turned-in toes and isolated snaps is universally recognized simply as “Fosse.” His innovative character-driven style helped define a new vernacular in the art of American Musical Theatre, making “Fosse” a genre of dance all its own.

While some of Fosse’s signature choreography is sustained through classic films such as Sweet Charity and Cabaret and in the current Broadway productions of Chicago and Pippin, nearly 100 of his works remain obscure – not because they weren’t award-winning masterpieces, but because little to no archival footage is available to keep those dances alive. After Bob Fosse and Gwen Verdon’s deaths in 1987 and 2000 respectively, the Verdon Fosse Estate was turned over to their daughter, Nicole Fosse, also a successful dancer and actor. Currently, the Estate oversees the licensing of Bob Fosse’s work for theatrical staging, preserves memorabilia and film archives, and offers the Verdon Fosse Fellowship, a yearly scholarship awarded to a dancer studying at the Alvin Ailey American Dance Theater school. 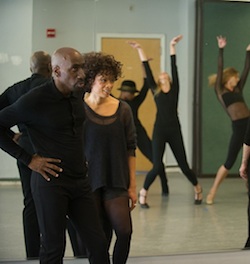 Over the course of the past eight months, the Verdon Fosse Estate has been developing a series of master classes to pass on Fosse choreography to the next generation of dancers. In November 2012, the Estate invited 14 professional dancers to study from Broadway veterans Lloyd Culbreath (Dancin’; Big Deal; etc.), Valarie Pettiford (Chicago; Big Deal; Fosse, Tony nominee) and Kathryn Doby (Sweet Charity; All That Jazz film; Asst. to Bob Fosse on Chicago, Pippin, and Dancin’). Joining forces with American Dance Machine of the 21st Century, the Verdon Fosse Estate reconstructed one of Fosse’s intricate dance numbers to be performed at an invited guest-only showing on November 14, 2012. Over the course of just one week, the dancers reconstructed “Beat Me Daddy, Eight To The Bar,” the Act I finale dance number from Fosse’s last Broadway show before his death, Big Deal (1986).

Nicole Fosse commented, “It is so exciting to be in the studio and watch a new generation of dancers have the opportunity to learn this number from the true and authentic Fosse perspective and work ethic…There has been no other project since my father’s death that has been this true to his original intent.”

The excitement of reconstructing “Beat Me Daddy, Eight To The Bar” was just a spark for the Verdon Fosse Estate. To keep the ball rolling, the Estate opened up another weeklong master class in February 2013 – but now to 50 students. The energy of the studio was infectious as Culbreath and Pettiford taught three diverse Fosse routines to the group of bright-eyed, eager young dancers.

“Fosse’s style is very, very specific, focused, structurally intricate and unbelievably musical,” says Culbreath. “You do have to have the ballet technique. But also, stylistically you must be well rounded in your dance knowledge and have the ability to embrace different types of movement.”

Nicole Fosse remarked, “I want this current generation of working dancers to get the best possible people teaching them my father’s material. There are so many false impressions out there of what my father’s style and technique is…By using Estate sanctioned teachers, I feel a new generation of dancers will have a much cleaner understanding of performing Fosse material.” 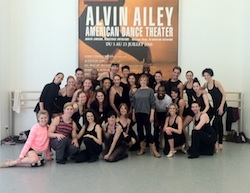 One of the students, Marina Lazzaretto, said, “To have the opportunity to learn this material from persons of such high caliber is truly an honor. As time goes by, the dancers who have learned this work from Mr. Fosse himself grow fewer and fewer. Classes such as these allow a new generation of performers, myself included, to experience the material and fully understand it so that we can keep it alive.”

Since February, the Estate has hosted six full weeks of open master classes in New York City, reconstructing a total of 18 forgotten Fosse numbers from Broadway shows, live concerts and television specials. Pettiford and Culbreath single out several dancers to be filmed for the Estate’s archives at the end of each week. These master classes engage different generations of dancers – local teachers, professional dancers, young students and even veteran Fosse performers – for the common cause of keeping the Fosse legacy alive.

“In terms of Bob’s legacy, we’re not just teaching steps,” says Valarie Pettiford. “We’re passing down how Bob respected and treated his dancers. I fell in love with him in the audition room because you could just feel his appreciation for dancers. He loved dancers – he loved their work and he loved their look. You felt appreciated and knew that you were not just another body to act out his choreography.”

Throughout the week, Pettiford and Culbreath make an effort to learn students’ names and give individual feedback to help them pursue successful careers in the performing arts. The Estate also invites industry professionals – from Broadway producers to casting agents, to Fosse biographers– to sit in on the magic of these classes.

The mission of the Verdon Fosse Estate is to promote, preserve, and protect the artistic and intellectual property of dance and musical theater legends, Bob Fosse and Gwen Verdon.