Fall is in full swing, and though temperatures are cooling, the New York City dance scene is just heating up. With an expansive array of offerings from an international collection of artists, the season is so packed that Dance Informa needs your help to take it all in. Whatever your taste, you’re sure to spot at least one personal must-see in the roundup below.

Lincoln Center dependably brings big ballet to the stage throughout the year, and this fall is no exception, as a trio of top-tier companies grace the David H. Koch Theater in back-to-back bookings. New York City Ballet’s month-long engagement is already well underway, but there are plenty of pleasures yet to savor from now until the end of the company’s run on October 13th. As always, Balanchine faithfuls will easily find their fix in two programs devoted entirely to City Ballet’s artistic founding father. Those craving a bit of fresh fare will delight in the Contemporary Choreographers bill, which features works by international trend-setter Alexei Ratmansky; perennial crowd-pleaser Christopher Wheeldon; and progressive French visionary Angelin Preljocaj, whose new creation for the company premiered at the Fall Gala last month.

Next on the Koch calendar is San Francisco Ballet, followed closely by American Ballet Theatre, both preparing to present a brimming batch of repertory during their two-week residencies. For many viewers, the highlight of SFB’s visit, spanning from October 16th through 27th, will be the New York premiere of Wheeldon’s flashy Cinderella, yet another vehicle for Prokofiev’s legendary score. Filling out the season will be a handful of works new to New York by a wide range of choreographers, from Edward Liang to Artistic Director Helgi Tomasson. 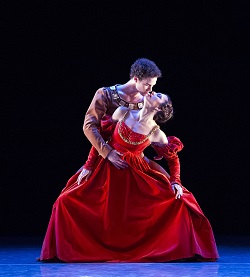 From October 30th through November 10th, ABT will mark the first stretch of a two-year agreement with the Koch Theater — where the company has not performed regularly since the 1970s — with a kaleidoscopically mixed program that runs the gamut from Michel Fokine’s Les Sylphides to Twyla Tharp’s Bach Partita. And buzz for Ratmansky’s The Tempest, set to Sibelius’ music for the Shakespearean play, has already begun.

For those looking to venture beyond Lincoln Center, The Joyce Theater will welcome Houston Ballet, performing a collection of its contemporary classics, from October 22nd through 27th. And the much-anticipated debut weekend for ABT soloist Craig Salstein’s company, Intermezzo, will take place from October 18th through 20th at the 92nd Street Y, featuring choreography by current and former members of ABT and NYCB.

Fairy Tales and Other Fun Things

With a flood of productions to choose from, modern-minded dance-goers will need to pace themselves as they plot out their viewing calendars for the next few months. Leading the pack will be Lar Lubovitch Dance Company, appearing at The Joyce from October 8th through 20th. The company will celebrate its 45th anniversary with an opening-night gala, two world premieres, and plenty of live music. 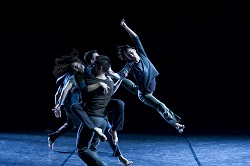 Speaking of style, Dwight Rhoden will deliver a hearty dose of his own when Complexions Contemporary Ballet appears at The Joyce from November 9th through December 1st. In addition to new material by Rhoden, the group will introduce original works by Associate Artistic Director Jae Man Joo and company member Gary W. Jeter.

Sprinkled amongst these engagements, audiences will find a slew of shorter runs by a vast assortment of companies. The Forsythe Company will appear at the Brooklyn Academy of Music with the U.S. premiere of Sider (October 9th through 12th). Peridance Contemporary Dance Company will headline during Peridance Presents at the Salvatore Capezio Theater (November 9th and 10th). Garth Fagan Dance will keep the momentum going at The Joyce with works new and old (November 11th through 17th). And Mark Morris Dance Company will top off Lincoln Center’s Fourth Annual White Light Festival with performances of L’Allegro il Periseroso ed il Moderato at the Koch Theater (November 21st through 23rd).