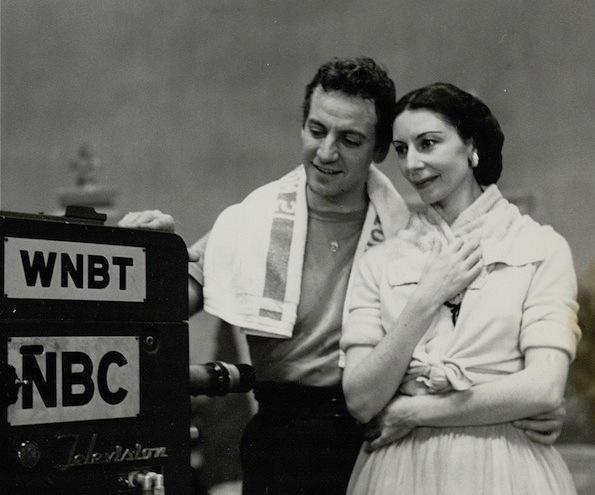 “Few who saw Alicia Markova dance ever forgot the experience.” — The Making of Markova

Writer Tina Sutton missed the chance to enjoy Alicia Markova in live performance by several decades. But the author’s new biography, The Making of Markova, may have brought her closer to Britain’s first prima ballerina than many of the icon’s most devoted followers — not to mention her peers — could have hoped to be.

“I’m so enamored by this woman. I feel like I know her,” Sutton relates. “I love ballet, but I wrote this book because I think Alicia Markova was extraordinary as a person. She is so much more than a remarkable dancer and kept so much of her amazing character private, and I thought someone needed to tell that story.”

And this Sutton has done quite thoroughly, deftly unraveling Markova’s life over the course of more than 600 pages (not including the splendid 32-page photo spread at the book’s center). What began as a hefty, but engaging organizational project for Boston University’s Howard Gotlieb Archival Research Center evolved into a writing venture of mammoth proportions — an undertaking that Sutton seems to have relished immensely.

“I listened to hours and hours of her radio interviews and was never bored,” the writer asserts. “There was something about her that captured people’s hearts. She could be quiet and reserved, which made her alluring and mysterious, but nice, never the diva… She teaches us to believe in ourselves — and to be gracious while doing it.” 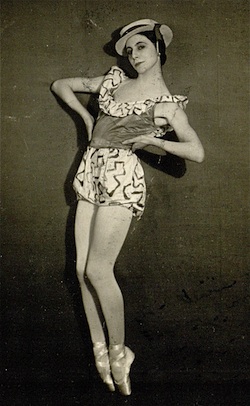 Born Lilian Alicia Marks in 1910, the London native was a shy, serious, superlatively skilled 10-year-old when she met the man who would change her name and the course of her life. Sergei Diaghilev ushered the young girl into the Ballets Russes roughly four years after first observing her flit nimbly around a famous studio in Chelsea, immediately and uncharacteristically taking her under his wing and nurturing her as a soloist dancer. It was during this pivotal period with Diaghilev’s trailblazing company that little Lily Marks began to transform from sheltered starlet to self-sufficient artist, setting the stage for an extensive, primarily self-managed career. As much as Markova is honored as a master of her craft, Sutton suggests, she should also be revered for her pioneering spirit and innate business sense.

“Markova was never able to concentrate on dance alone. She was also her own business manager. But she always played down her business acumen in order to maintain her ethereal ballerina image on stage. She handled contracts, hired people, negotiated salaries — she did everything. She did this at the height of her career, and branched out into freelancing in her forties, the first prima ballerina assoluta ever to do so. I don’t understand why she kept doing it all, and for so long, except that she loved ballet so much.”

That intense and enduring passion helped to change the scope of the ballet world in Markova’s own time, and still resonates today, nearly a decade after her death. The visionary ballerina not only had her hands and feet in the beginnings of two British companies that still thrive today (the Sadler’s Wells and Festival Ballets, now the Royal Ballet and English National Ballet), and in the rescue of the now internationally-renowned, annual Jacob’s Pillow Dance Festival, but she also devoted untold energy to the broadening of ballet audiences, introducing populations from the British provinces to South Africa to a classical art form almost entirely new to them. 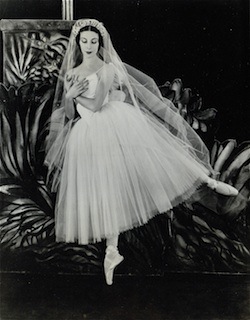 Alicia Markova was the first British – and first Jewish – ballerina to dance the leads in all the Russian classics. She became the quintessential ‘Giselle’ of her generation, here in 1942. Photo courtesy of the Alicia Markova Collection at the Howard Gotlieb Archival Research Center at Boston University.

According to Sutton, “She never looked down on an opportunity to promote ballet… She thought that mixing audiences didn’t cheapen her art; it just made it more accessible to all. And by personally relating to everyday people’s lives and dreams on their level, she in turn helped them to relate to ballet.”

As a result of this generous, forward-looking philosophy, Markova cultivated a vast, motley crew of fans who, like Sutton, felt a personal connection to the exceptional and exceptionally genuine star. Evidence of her incredible influence can be found in the cache of fan mail entrusted to the Gotlieb Archival Research Center, and in the collective reminiscences of Markova’s mentors, colleagues and students.

Incidentally, The Making of Markova offers a bonus for dance history buffs and neophytes alike, intertwining the tales of innumerable other ballet luminaries with Markova’s own. As Sutton recounts on a blog dedicated to the book, “Markova’s life and archives are a Who’s Who of the most famous choreographers, dancers, Hollywood stars, stage actors, musicians, artists and photographers of her day.”

Each one of these figures is given due attention in Sutton’s work, yet the author’s pen never strays far from her subject. “It’s a helluva story,” Sutton says, “and one I couldn’t resist sharing.”

Ready to read? Learn more about Alicia Markova, Tina Sutton and The Making of Markova at themakingofmarkova.com.

Photo (top): When Alicia Markova appeared on the popular television variety program Your Show of Shows in 1952, 30 million American viewers tuned in. Here she is rehearsing with the show’s choreographer James Starbuck. Photo courtesy of the Alicia Markova Collection at the Howard Gotlieb Archival Research Center at Boston University. All photos provided by Tina Sutton.