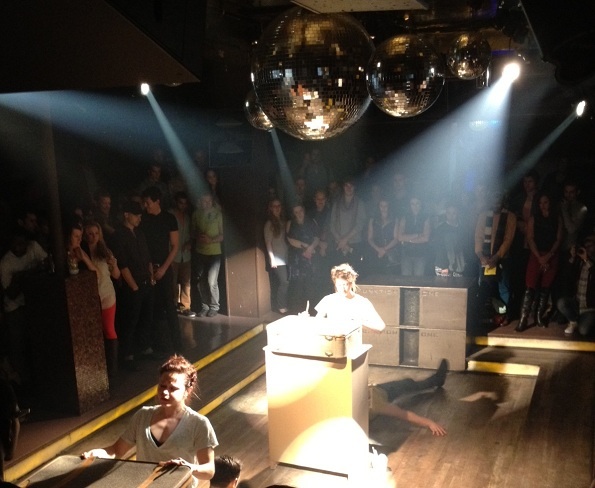 By Tara Sheena in collaboration with Jennifer Jancuska.

What originally motivated Jennifer Jancuska to create BC Beat? “Passion, instinct and vision to create a space and opportunity for the Broadway community to explore ideas, share work, and connect in a supportive environment,” she informs me in a café close to her home in Park Slope, Brooklyn last month.

‘Dry Your Eyes’ being performed at BC Beat. Choreography by Jennifer Jancuska.

There is no question she has followed through with those ideas. It is clear why the audience and interest has grown through the years. As a catalyst for professional development between choreographers, directors, producers and creative team members, BC Beat provides a platform for curious and innovative theatrical choreographers to share original, story-driven work in an environment of heightened energy and, most importantly, support.

“I felt there was a space in the Broadway community to grow more support and creativity,” Jancuska said. She wants to forge “a positive experience for people who are in shows” and feels BC Beat is a welcome answer to the all-too-common problem of Broadway burnout.

However, despite BC Beat’s immediate interest amongst her peers, Jancuska never anticipated the event would become such a mainstay among her fellow Broadway and off-Broadway performers. Still, she had this feeling inside of her that she describes as nothing more than something she “just had to do.” 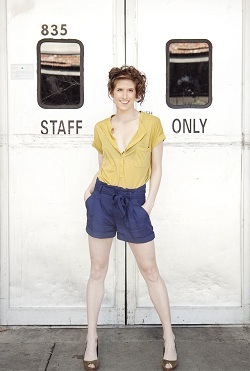 The environment at a BC Beat event is a little different than the traditional, highly-staged performances found on the Great White Way. The performers are up-close and personal with their audience, who is situated on all sides of the stage, something that is important to Jancuska, as she notes that it holds the audience accountable to what they are watching. She views a seated audience as giving them “permission to judge,” whereas the in-the-round style is a chance for the audience to be actively participating. “You’re less likely to judge someone who’s right in front of you versus if they are not there,” Jancuska notes.

For the fifth installment of BC Beat next month at Cielo in NYC, attendees can expect the same high-energy, fun and intimate environments they have seen before. The mutual, simultaneous use of the space generates a collective energy of active participation by everyone inside, even Cielo’s bartenders who have been known to climb atop the bar to view each dance. The exciting line-up includes John Selya (Movin’ Out, Resident Director of Come Fly Away), Ryan Kasprzak (Associate Resident Choreographer of Billy Elliot, Assistant Choreographer SMASH), Cindy Salgado (Assistant Choreographer to Mia Michaels and Andy Blankenbuehler, performer with Crystal Pite’s Kidd Pivot) and, of course, Ms. Jancuska. With these top-notch talents, the next BC Beat sounds like it will easily live up to its hype.

BC Beat is created by Jennifer Jancuska, produced by The BringAbout Productions, sponsored by LaDuca Shoes and Broadway Connection with Murphy Made (photography), Dirty Sugar (videography) and Kendallen Design. Tickets are available via Brown Paper Tickets.

All photos are courtesy of Jennifer Jancuska and BC Beat.