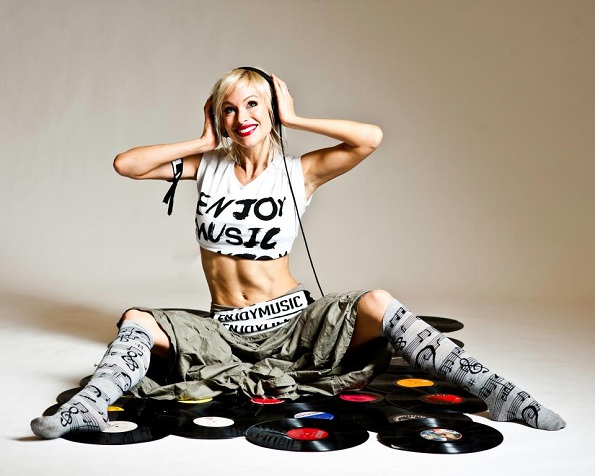 Ever since she was a little girl and saw her older sister in dance class, Anne-Tyler Harshbarger wanted to be a ballerina. She went on to achieve this dream through illustrious careers with Houston Ballet and Atlanta Ballet, performing a wide range of classical and contemporary repertoire. But, Harshbarger couldn’t be defined solely by her balletic aspirations. There was a different, creative energy brewing in her, which would eventually evolve into Harshbarger’s diva of the nightclub alter ego, DJ Anne-Tyler. Now, the former ballerina is making a name for herself in the Los Angeles and international DJ scene.

At sixteen, Harshbarger attended her first rave in North Carolina. “I was blown away by the unbelievable vibe the music created. There was a sense of unity and acceptance and love through dance that I had never felt before…this world was a non-judgmental one where I could explore movement in a safe place.” She was instantly hooked to the music and dance of the “underground party” world. “Collecting music became an obsession. Eventually, I got my own decks and the rest is history.” 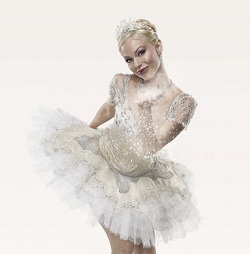 Her first DJ gig had her spinning vinyls in a derelict Atlanta warehouse for a designers’ showcase. “I prepared for hours for it,” says Harshbarger. It was a memorable night, which sent her on a new and exciting journey. From there, in conjunction with her career as a featured dancer with the Atlanta Ballet, Harshbarger found more success in the Atlanta DJ scene. Juggling two careers had its challenges, but that didn’t deter Harshbarger from pursuing both of her passions. “At times it was exhausting,” she says. “But the love of what I was doing kept me full of energy. I needed the variety and contrast of both classical and electronic to feel inspired.”

In May 2011, Harshbarger officially left Atlanta Ballet to focus on her budding DJ-ing career. As she transitioned, she noticed many similarities between the two professions. “They are both about letting go and expressing your true self, taking risks, overcoming fear, and connecting with an audience. Dancers and musicians are vessels through which the power of music flows.” 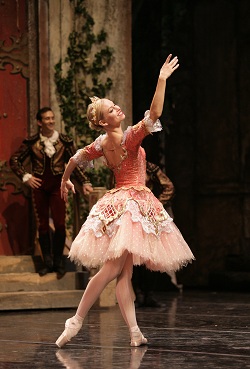 Like ballet, being a professional DJ isn’t the most conventional career trajectory, begging the question: how does one become a professional DJ? “A lot of it was being at the right place at the right time,” Harshbarger says in regards to the initial years of getting her career up and running. But, ultimately, she achieved success through her raw talent, gusto for music and movement, and diligence. “Word of my enthusiasm and talent traveled fast…I believe a big part of it was simply my desire to do it. When I want something, I make it happen.”

While the DJ scene has primarily been a “man’s world”, female DJs are starting to gain fame and recognition. Harshbarger feels grateful to be a part of this burgeoning demographic, but she doesn’t “preoccupy [herself] with gender” and pursue this passion solely to make a social statement. “I have faced both adversity and advantage as a lady DJ. Most important is talent. The music always comes first in my book.”

DJ Anne-Tyler likes to shake things up with her musical repertoire and often allows the ambience and vibe of a party to influence her mixes. “I started with house music and it will always be my fave to spin,” she explains. “But these days I play everything: techno, drum n’ bass, chill out, lounge, nu disco, 80’s, 90’s, indie rock, hip hop, R&B, pop remixes, dub step – you name it.”

Now, DJ Anne-Tyler is a mainstay in the LA nightclub world. She spins five nights a week at Los Angeles clubs like Supperclub, W Hotel Hollywood, Palihouse, Katana, and Caffe Roma, among others. Word of her skills has also taken her to a number of other U.S. and international cities. “In 2013 I’m very excited to return to my stomping grounds of Houston and Atlanta. Also on the agenda for the new year are Amsterdam, Berlin, London, Tel Aviv and Ibiza.”

This won’t be Harshbarger’s first time DJ-ing in Ibiza, Spain, the world’s electronic music Mecca. In the summer of 2008, she was a resident DJ at the city’s hot nightclub, Amnesia. She continues to go back each summer, expanding the scope of her international fan base and challenging herself as a maestro of the turntable. Her life of mixing music and beat juggling for the world’s hottest clubs and parties keeps her on the move a lot, but she doesn’t mind the go-go-go lifestyle. “I love to travel. It is very exciting for me to go on these adventures.” 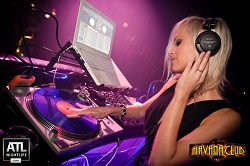 Dancing is still very much a part of Harshbarger’s life and, likely, will always be in some capacity. “I still go out dancing a lot, I dance in my apartment all the time, and I do barre on my terrace sometimes.” She adds, “Since I’ve been in LA I’ve taught private lessons and have some master classes coming up. I also produce an event every Friday in Beverly Hills where I dance and create the costumes. It’s a Euro-style performance art house music scene.”

When she’s in Hollywood she isn’t holding back. Harshbarger has found many other artistic outlets such as acting, modeling, and building her new clothing line. She’s graced the pages of magazines like MODE, Jezebel, and The Atlantan; and her film and television credentials range from established shows like The Walking Dead, Drop Dead Diva, and What Not to Wear, to commercials and music videos.

The future is looking prosperous for DJ Anne-Tyler. On November 30 she was seen as a DJ in the world premier of the motion picture horror flick The Collection. She is also the brains behind ENJOYMUSIC ENJOYLIFE, a “whimsical lifestyle brand created for DJs, musicians, and music lovers.” Find out more about it at enjoymusic.com. Through her mash-up of beats and her graceful moves, DJ Anne-Tyler hopes to inspire others to chase their dreams.