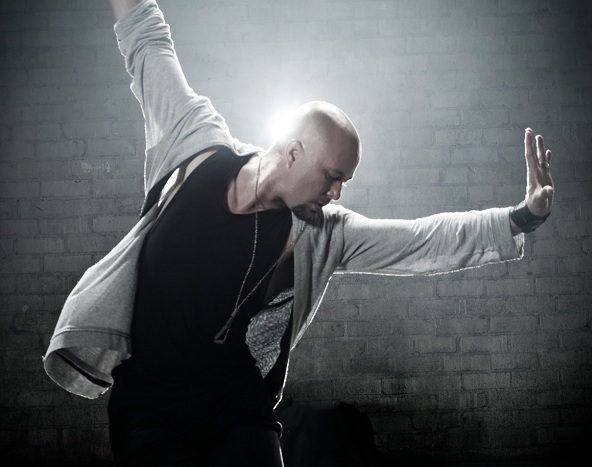 In many ways, Cris Judd appears as a modern-day Renaissance Man. As a producer, choreographer, songwriter, musician, actor and teacher, he has achieved multiple tiers of success in all of these ventures. You may know him as a star performer with the likes of Jennifer Lopez, ‘NSYNC, and Michael Jackson. Or you may recognize him from convention stages around the country, having been one of the founding teachers of Co. Dance and now at The Pulse dance conventions everywhere. However, amidst all his accomplishments, one thing is clear: he does not take any of it for granted. 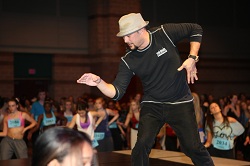 Cris Judd teaching at The PULSE. Photo by ProPix – courtesy of The PULSE

Judd revealed to Dance Informa that he was a “late bloomer” to dance, not starting training until he was twenty-one years old. In fact, it was more out of spite for a girl than a desire to dance. “I was working at Disney World in the character department,” he states, “I liked this girl who was one of the Kids of the Kingdom. I had asked her out and she told me she doesn’t date characters. So, I told her that I would be a professional dancer within one year.” To her surprise, I am sure, it did not take Judd one year. Eight months later he embarked on his professional dance career, working with the likes of Marianne Morrison, Michael Peters, and Pam Bolling. Something that began out of spite quickly turned to passion.

It seemed like an auspicious start for the spirited 21-year-old, especially considering Judd was a self-proclaimed “wallflower” as a child. As an athlete who was pursuing a career in golf before his Disney days, Judd deems the start of his dance career very unlikely. However, considering his impressive performance career, it is no surprise that he has made the switch to choreographer and teacher within the past couple of years. A highly sought after convention teacher, he cites his work with The Pulse as something he has a “deep respect” for. 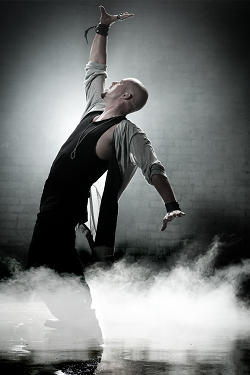 After assisting Bolling on conventions and spending a few seasons teaching for Co. Dance, he was approached by Brian Friedman and Mia Michaels to start touring with The Pulse. “We were wanting to get away from the formulaic competition dance pieces and trying to encourage choreographers to tap into their creativeness,” Judd recalls. “Tell a story. Take us on a journey.” This different approach made Judd realize how much his teaching had the power to affect the students that come back year after year, stating they are “truly inspirational” to him.

In his classes, Judd does whatever he can to emphasize the fun. “It’s not that you have to dance, it’s that you get to dance,” he says. Judd wants young dancers to realize that they may not catch on to his highly dynamic moves right away, and that is okay. Judd views each convention city as a new chance to explore and create, thinking of each weekend, no matter how long and arduous, as a completely new experience. Summing it all up, he cites a quote from Ancient Greek philosopher Epicetus: “If you want to improve, be content to be thought foolish and stupid.”

Dance with Cris Judd this season with The Pulse! Visit www.thepulseontour.com for more information.