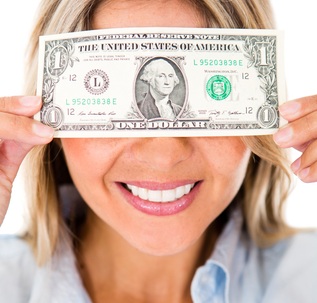 Today’s dance makers have big ideas, and big ideas cost money. Video installations, large-scale sets and props, high tech lighting effects and elaborate costumes are becoming the norm rather than the exception. High profile projects attract a lot of attention, and many dance organizations in the United States — perhaps because so few can afford to put their dancers on a livable, yearly salary — are gravitating away from the traditional company model.

Read a book on dance history, and you will find many legendary works were created by, or at least attributed to, a single choreographer. Rarely can the complex projects of today be realized by one person. Fashion designers, actors, opera singers, sculptors, painters, sound engineers, videographers, documentarians, and architects are among the many artists who have contributed their expertise to recent choreographic projects across the United States. Though this affinity for large, collaborative projects is not new — Martha Graham famously worked with composer Aaron Copeland and sculptor-designer Isamu Noguchi more than 70 years ago — how those projects get funded has changed and continues to be one of the most difficult challenges artists who start and maintain dance companies have to face.

When artistic directors talk about the process of starting their companies, they almost always mention financial difficulties over artistic ones. To many people, this might be surprising: creating movement, developing a unique point of view and building a body of work sounds like, and is, a daunting challenge. But oftentimes realizing that creativity with rehearsals, performances and regular programming is even more difficult. One problem is public perception of need. As with many art forms, the passion for creation can be a hindrance. People assume dancers love what they do enough to do it for free. But the reality is that dance companies need funding to produce work people will pay to see, and in the United States, competition for arts funding is fierce.

Grants are the most obvious route to arts funding, but companies – and especially individual artists – can no longer rely on organizations like the National Endowment for the Arts. Says Jennifer Wood, founder and artistic director of the Houston-based company Suchu Dance, “Those organizations have ups and downs, too. One year you get $12,000 and the next you get half that because their funding changed.” The pool of money for dance is oftentimes shallow, and knowing how to rise to the top as an applicant is a crucial component of fundraising.

Funding organizations like diversity and are attracted to dance companies that actively participate in the community. Generally, a company with one choreographer and no educational or outreach components in its mission statement will have a hard time receiving grants. Wood stumbled upon this knowledge when she decided to open her own space in 2001. At first a small studio for rehearsal, the space grew into the movement and arts complex Barnevelder. Since its opening, Barnevelder has housed many festivals and provided affordable rehearsal and performance space for local artists. Wood cites the dual function of her dance company (the resident company at Barnevelder) and the subsidized community arts space as a main reason she has been funded over the past 11 years.

Most importantly, unless a company applies for a grant using a fiscal sponsor, many grants are only available to those who have obtained non-profit status www.501c3.org with the Internal Revenue Service.  That process can be long and expensive and often requires the services of CPAs and lawyers who would never dream of doing their jobs for free. Establishing and organizing a company can feel like a catch-22; you have to make quality work to prove you deserve funding, but without funding, how do you make work?

One answer, it seems, is to get online. Crowd-funding websites like Kickstarter have seen great success in the last three years, and dance has received the biggest piece of the pie. Kickstarter campaigns, which include projects in many disciplines including product design, film and technology, must reach their stated monetary goal within a set amount of time to get funded. Despite the site’s popularity, more than half of the campaigns fail. According to The Washington Post, dance projects promoted on Kickstarter have not only received the most money, their campaigns have the highest success rate – 70 percent are funded.

Blake Beckham, Atlanta-based choreographer and co-founder of dance organization The Lucky Penny, is one such recipient. Last June she launched an ambitious Kickstarter campaign to help fund her project Threshold, an evening-length work held inside a set made entirely out of cardboard. Beckham enlisted an army of collaborators to realize her vision, including renowned architects Mack Scogin and Merrill Elam who designed the set. And though volunteers spent many hours building the enormous structure, the costs for materials, artist and professional fees, marketing and publicity were considerable. Artists can set their own monetary goal and timeline on Kickstarter, and Beckham decided to try for $10,000 in about 40 days. “[Kickstarter] provokes a lot of anxiety because it’s all or nothing,” she says, “and there were many points where we really weren’t sure we would make it.”

Beckham reached her goal, but she says it wasn’t as easy posting a request on the website and waiting for donations to roll in. “Getting the word out doesn’t necessarily translate into dollars. People have this perception that the internet is very powerful.” But,  she says, “You still have to identify people, and ask them personally.” Beckham used as many methods as she could to reach people and make her pitch. She emailed, called, sent letters and even sat down face to face with potential donors. Oftentimes, she used these interactions to encourage people to donate through the website.

For all its successes, Kickstarter can be both a blessing and a curse. The website is designed for artists working on a project-to-project basis, and once the event has happened, it can be difficult to stay in contact with those who donated. The Lucky Penny, a young dance organization, has had just a few major performances, and Beckham is already aware of what she calls “Kickstarter fatigue”. More and more crowd-funding sites are popping up, and potential donors are inundated with requests for money. Some donors may find more satisfaction in funding the operational costs and ongoing programming of a single dance company over time.

Naturally, dance companies can search for the rich, old aunt or the arts-loving corporation willing to set up a million dollar yearly endowment fund, but the reality is less romantic. “In the fine arts, you’re never going to get back the investment you put into it,” says Wood. Beckham agrees. “If we want to be real about fairness and equity for our dancers and collaborators, we need to raise a tremendous amount of money,” she says. “It’s hard to explain to [donors] that dance is a particularly expensive art form.”

Dance creation, it seems for now, will continue to be a labor of love. Lucky for us, choreographers specialize in creative problem-solving.