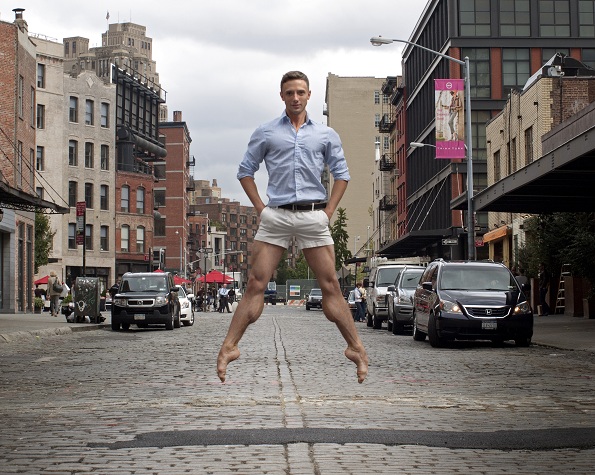 As dancers, most of our earliest memories are in the rehearsal studio or onstage. Those bright moments where we felt completely alive and knew we had to continue on this disciplined, yet rewarding track. For Matthew Powell it started at ten years of age in his local library in West Virginia. He recalls watching a video of the famed Russian ballerina, Natalia Makarova, dancing in The Nutcracker because “it was the only dance video they had.” From there he was hooked. The allure and beauty of the performance made him realize his potential and he remembers that moment as the one where he decided to start working hard to get there.

Fast forward twenty-three years and it seems his hard work has paid off. He trained at the Manhattan-based School of American Ballet (SAB) for the last two years of his high school career, a move that almost did not happen because of financial burdens on him and his family. After placing an ad in his local newspaper, he was able to raise enough funds to travel to the summer program before being accepted year-round on scholarship at age sixteen.  Soon after graduation, he moved to Seattle, Washington to dance for the Pacific Northwest Ballet. After four years there, he signed with the Kansas City Ballet where he remained until 2008. During these years he recalls the pure joy in bringing to life characters like “Oh, Johnny, Oh” in Paul Taylor’s Company B and the Shy Boy in Jerome Robbins’ The Concert. However, making the move back to New York was a natural choice in order for Powell to take the next steps in his career.

“It got to the point where I could look at the season ahead and see what parts I was going to be doing,” he explains. “I was like ‘this is great, but there’s a lot more I could be doing as well’.” Around this time Powell’s sister-in-law developed terminal colon cancer, a disease that sadly took her life. He remembers that being somewhat of a wake-up call for him, saying, “I need[ed] to live a little and push myself and live my life.” 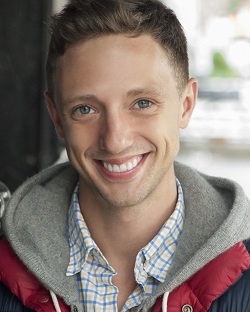 Living his life meant moving back to the city he had known and loved throughout his time as a teenager at SAB. However, his return did not last long. Shortly after moving back he answered a Craigslist ad that turned out to be an audition for the first international tour of West Side Story. Having very little singing and acting experience, Powell went to the audition with little expectation. His stress-free approach worked and he toured the world as “A-Rab”, one of the Jet characters in the famed musical. Despite getting to improve his singing and acting skills, as well as performing the legendary Jerome Robbins’ choreography, Powell admits, “I didn’t move to New York to do musical theatre, but I am glad I got the opportunity.”

Despite his undeniable success as a performer, it is evident that Powell thrives most with being a teacher. He has a boyish charm and calm demeanor that provides a very welcoming feeling for anyone who takes his class. And luckily it is very easy to catch a class of his in NYC. With a full teaching schedule that includes six classes a week at Broadway Dance Center, and gigs lined up at Cedar Lake Ballet, as well as the Brooklyn Ballet, Powell has forged a successful (and full) teaching career for himself in the past two years.

In the midst of his busy teaching schedule, he somehow found time to complete his degree as a part of the Liberal Education for Arts Professionals, or LEAP, program this past spring—with a 4.0 GPA nonetheless. With a focus in dance, as well as a minor in business, Powell was free to explore elective classes through the program. Through that he found the Alexander Technique, an education process that aims to lessen tension in people’s bodies. These principles have found their way into Powell’s classes. He explains, “My approach is all about creating an environment that promotes growth.” Powell cites his study of Alexander Technique as a big lesson in really being “in the moment” when teaching a full schedule of different classes.

What’s more, Powell understands the busy life of a dancer because he’s been there. Bouncing from audition to audition, taking on freelance jobs, and the lack of steady income are things he has experience himself. He chooses to combat the stress and anxiety brought on by this lifestyle in his ballet classes. Powell knows that a dancer may drop into his class having just “botched” three auditions, and he feels it is necessary to respond to that within his teaching style. “It’s just me there wanting them to do the best that they possibly can,” he says with sincerity.

It’s clear that Powell has cultivated this encouraging approach through his years of professional training and forging a career as an educator and director, and there’s no slowing down any time soon for this enthusiastic balletomane. Upcoming projects include his fourth photo shoot as a director for Bloch dancewear as well as an assistant director role in a production for the Ft. Worth Opera. It’s no secret Powell does a lot but, what’s more, he does it with a sense of calm and maturity many dancers would benefit from. He simply feels it’s all about “finding a balance.” Powell states, “You have to have a good network of support around you…if you don’t, people will see that and it’ll show in your work too.” Clearly he has followed his own advice.