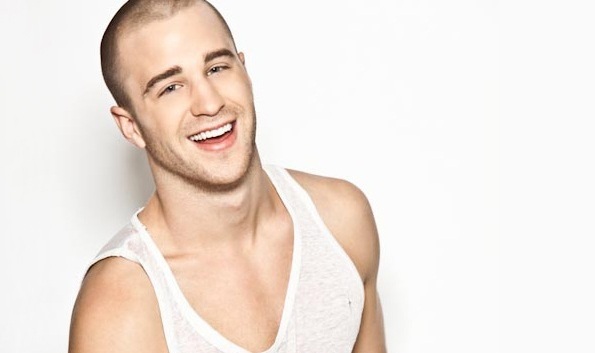 I first met Lockhart Brownlie when he was a young boy training at The Tasmanian Academy of Dance in Australia. After leaving the island of Tasmania, Lockhart trained in Sydney before landing a spot in Wicked then relocating to the US and achieving further success.  He has performed at the Grammys, VMA’s, in music film clips, tv commercials, on Glee, alongside Britney Spears, and is one of Katy Perry’s key dancers.  Lockhart has travelled the world with Katy Perry and appeared in her feature film Part Of Me 3D.

When I caught up with Lockhart, he was on a private beach in Bali with Katy and her fellow crew, but he made time between cocktails to chat to Dance Informa about his career so far…

What inspired you to take up dancing as a young boy?

I’ve been dancing for 17 years now. I first started to show potential and interest when I would go along to my sister’s dance lessons and be up the back of the studio learning their routines with them. I was probably three at this time. My neighbour was a dance teacher so she encouraged my parents. 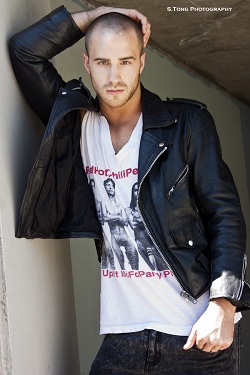 How did you end up in the US?

The reason I made the move to LA was because after finishing a 14-month contract with Wicked the Musical, I was itching to do something bigger and take a risk. I felt I had become comfortable and I didn’t like that feeling. I took a three month holiday to LA and NY not expecting anything but merely going because I had never been. While I was there MSA (McDonald Selznick Associates) were having an audition and I was curious to see how an American audition was run. I went and was chosen as one of 12 out of over 350 people who attended the audition to sign with them. After meeting with MSA they referred me to a lawyer to get my visa and they said once you have your visa you’re a part of our agency.

After touring with Katy Perry for over a year, it’s a tough question to pin point only a few highlights. I do have one special moment when we were in Rio, Brazil. We performed at the Rock in Rio, which is a massive week long festival. On this particular night the crowd was 100,000 and it was an outside venue. It was so incredible to perform to that number of people.

Another highlight definitely was when we toured in Australia and my whole family came to one of the Sydney shows. I got very emotional having my family there. It was a very special moment.

A low-light for me was when my visa was getting approved. Unfortunately I had to miss out on a huge job with Brian Friedman because they couldn’t get my visa processed in time. Brian had to replace me, and I was a little upset. But those are the kind of things that happen all the time. Schedules don’t work out and things change. We can’t control it, we just need to move on and look forward to the next job – a lesson I learnt quickly. 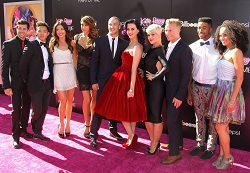 Do you get recognised on the street or in dance class?

Just yesterday, while vacationing in Bali, a few of the other Katy dancers and myself went Scuba Diving and the lady that ran the company recognized us from watching the Katy Perry Part of Me movie. It was super funny and very unexpected. She also knew us from other projects we had done. I think she may have researched us after watching the movie. Haha…

If you couldn’t dance, what would you be doing?

I used to be a springboard diver, as well as a dancer, and was Australian champion for quite a few years. I stopped diving at age 14 as I could see more of a career path in dancing. If I didn’t dance I would definitely still be diving.

What is something that readers would be surprised to know about you?

As well as starting tap and jazz at a very young age, I also did highland dancing with my sisters. I loved it. My family has a Scottish background and it’s a country and dance style I’ve always had a passion for. I haven’t done any kind of highland dancing since I was a little kid, but the other day in rehearsals we had some winners of an Adidas competition, who were from all around the world, join us. One of the girls was from Argentina and she knew highland dancing. Next minute I know I’m doing the sword dance with her in front of everyone. The shocked faces on the rest of the dancers from the rehearsal were priceless! None of them knew I could do this style and they found it very interesting and amusing.

What’s next for Lockhart Brownlie?

I’m an open book right now. I will do anything and go anywhere at this point. When I moved to LA my biggest dream was to go on a world tour. That happened pretty quickly once I got to LA so now I’m happy to do whatever. Another tour would be great, a musical movie would be a dream of mine, but I’m thankful to be where I am right now. Whatever comes along I’ll be happy with.