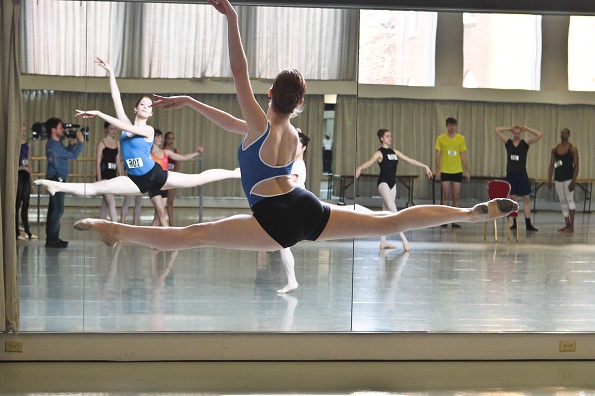 Dance-focused television series have been in high demand lately. Program offerings used to be limited to long-standing shows like Dancing with the Stars and So You Think You Can Dance. But, lately, many networks are getting in on the trend and there is a variety of dance programming to choose from. One of the most recent additions is the documentary style series A Chance to Dance, which follows former Royal Ballet dancers Michael Nunn and William Trevitt as they form a new American dance company in a mere 28 days. Initially, Nunn and Trevitt were hesitant to be a part of the fad, but, now, the two are thrilled with the final result and have new insight and respect for the American dance scene.

Nunn and Trevitt are intrigued by America’s newfound obsession with professional dance. “It has been fascinating to see how educated and experienced American audiences have become,” say Nunn and Trevitt. “They really know what they are watching now and are becoming very discerning, which means all of our standards have to be raised. “ Yet, they believe ACTD is different than other reality dance series. “Although it involves weekly eliminations, that’s only because it follows the actuality of recruiting a new company.” They state, “This show was made DESPITE the cameras, not for them. 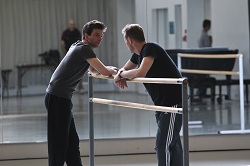 At the suggestion of SYTYCD executive producer Nigel Lythgoe, Nunn and Trevitt traveled to Salt Lake City, UT for their first audition. They thought it an odd choice, but were pleasantly surprised by the talent they discovered. “It is a hotbed of talent, with spectacular dance studios on almost every corner.” Surprisingly, Washington D.C., considered one of the nation’s major dance metropolises, produced a much smaller turnout for the ACTD audition. Despite the low attendance, Nunn and Trevitt managed to recruit some exceptional classically trained dancers. Austin, TX, the next and final stop on their audition tour, was another “pleasant surprise,” yielding “lots of great individual talents who turned out to be able to work together very well.

The two were impressed by the American talent, but found the dancers to have different qualities than U.K. dancers. “The dancers have a different kind of confidence from British dancers, one that can allow them to appear deceptively capable in auditions, but they also have a wonderful desire to work. “ They were also astounded by the variety of dance genres they came across, wondering if this is the “result of the many dance TV shows that are on in the U.S.”

By the end of the audition tour, Nunn and Trevitt had hand-selected twenty-four dancers who would then continue on to the boot camp rounds at Jacob’s Pillow. There is no special formula for selecting dancers. “It is never the same thing twice,” they say of the specific attributes that draw them to a dancer. “At the start of an audition you look around and see a couple of people with great physiques or great faces and you hope they can dance, but it is usually someone from left field that catches your eye. It turns out that charisma plays a very important part.”

Nunn and Trevitt couldn’t be more pleased with the final twelve dancers selected for their new company. It’s a wide-ranging crop of talent, stemming from a variety of different upbringings and dance education. Reflecting on the twelve dancers, Nunn and Trevitt say, “[They] shouldn’t work together as an ensemble, but they do! [It’s] exactly what we had hoped for.“

The new troupe varies from Nunn and Trevitt’s U.K. based company, the BalletBoyz. The obvious difference between the two companies is that BalletBoyz is comprised solely of male dancers, while the American company’s roster represents both genders. But the two companies emphasize the rich diversity of its dancers. It’s their differences that make the companies work so well. “What we find most inspiring is seeing them share [their] specialities with each other and watching them grow as dancers before our eyes.” Eventually, Nunn and Trevitt hope to find projects, which will bring the two “wonderful, creative groups” together.