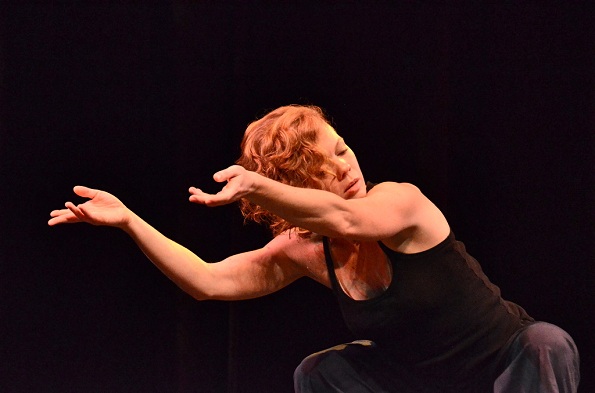 Dancers and their teachers have very special relationships. Often these relationships begin when dance students are young, impressionable and looking for guidance. A mentor’s influence on his or her students can completely alter the way dancers perform, how they live, and how the course of their careers will unfold. As students grow into professional dancers and possibly, teachers themselves, they often credit the enormous impact their mentors had on their life. Dance Informa has spoken with several professional dancers to find out who has helped them succeed.

Eric Bourne, who has danced for Parsons Dance since 2008, acknowledges the important role that Nicholas Villeneuve played in his career. According to Bourne, Villeneuve, the current Deputy Director of Ballet Hispanico’s school, saw something in Bourne when he met him as a freshman at a Toronto university. Consequently, Villeneuve offered him a scholarship to the Perry-Mansfield pre-professional summer program in Colorado.

Bourne shares, “Mr. Villenueve saw something in me when I, myself, didn’t see it at the time.” Later, when Bourne first moved to New York City, Villeneuve even offered him a place to live and invited him to take class with Ballet Hispanico, where Bourne continued to learn from his mentor.

“He taught through example how to express myself, to be vulnerable, to take risks, and approach the work with the greatest discipline; never allowing me to be mediocre,” says Bourne.

An emphasis on discipline is often common among teachers in the dance world, and it seems to strike a note with many students. Lauren Alzamora, a current Ballet Hispanico dancer, remembers the tough lessons she learned at the North Carolina School of the Arts from a former Balanchine dancer Melissa Hayden. 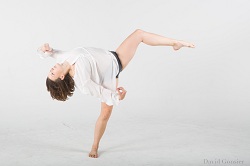 “Dancers have to develop a thick skin at an early age in order to withstand the rigors of training for a career as a professional dancer; [Hayden] was determined to develop that resiliency and challenge it,” shares Alzamora.

Alzamora says that Hayden, now deceased, was prone to dramatic and eccentric ways of teaching, often yelling or leaving the room to make a point. But instead of driving students away, Alzamora says her passionate, “tough love” teaching methods created an infectious spirit that still lives on in her students today.

“I am convinced that she brought you to tears as a test, to see how much “fight” you had in you; she wanted to make sure that you were worth the investment, so to speak. She liked it when you had the gumption to stand up to her, “says Alzamora.

Indeed, it seems that many of the teachers who are most well-remembered are those who were demanding, yet dedicated in their approach. Christina Jane Robson, who dances for Seán Curran Company, Monica Bill Barnes & Company, and others, recognizes how much the late Kelly Wicke Davis, a professor at Roger Williams University, invested in Robson’s growth as a dancer.

“She stripped me down to bare basics, requiring I enroll in every single technique class offered in the catalogue,” Robson says. “In the studio she gave me impossible tasks and in doing so inspired a work ethic in me that keeps me striving towards the completion of those tasks to this day.”

Robson says that Davis’s support was unwavering in the development of Robson’s career path, and it was Davis who introduced her to Sean Curran, for whom she now dances.

Likewise, Daniel Harder had a similar experience with mentor Christopher Huggins, an Alvin Ailey dancer and teacher who took Harder under his wing. Huggins, among many things, guided Harder along the path towards eventually dancing for Alvin Ailey American Dance Theater.

Harder says, “He [Huggins] has single handedly changed my life as a dancer, and as a person…He’s shown me that life, on and offstage, is about being selfless. Giving to others is the true reward.”

Sometimes a dancer’s most significant teacher is simply one who inspires them with the work they do.  Walter Laird, an English former world Latin American Ballroom champion in the 1960s, had an enormous impact on Jason Gilkison, a choreographer and judge on So You Think You Can Dance, who’s known for his ballroom spectacular Burn The Floor. Gilkison says his style is directly influenced by the training he received by Laird’s generation of ballroom masters.

“Through Walter Laird, I learnt history; how steps and form was developed,  how ballroom was directly associated to popular social culture of the time,  and of course the beautiful art of leading a lady around the dance floor,” Gilkison explains.

Similarly, Elizabeth Keller of Trey McIntyre Project was forever inspired from her training with Violette Verdy, a French ballerina who spent most of her career at New York City Ballet under Balanchine.

“I was so star-struck the first day she walked into the studios because she was a true prima ballerina assoluta”, Kelly says. “She would whisper in my ear before a performance, ‘just breathe and just believe,’ followed by a few phrases in French that always sounded warm and delicious, like her class. I still tell myself to breathe and believe before every show!”

While dancers’ mentors are crucial to their development as performers, dancers’ greatest teachers can often be their peers. Jenna Reigel, who currently dances for Bill T. Jones/Arnie Zane Dance Company, acknowledges what she learned from colleague Shaneeka Harrell.  According to Reigel, Harrell moves with an “ineffable quality” of charisma and enthusiasm that Reigel once hoped she could acquire herself.

“Dancing alongside Harrell, I learned about patience and subtlety, grace and power. I used to approach movement like a predator…,” Reigel says.

Reigel explains that she eventually learned that Harrell’s magnetism as a dancer came from her ability to embrace herself and others. “She taught me to value myself for the things that were inherently unique to me,” Reigel shares. “So while I made my best attempt to learn to dance like her, Shaneeka was making her best attempt to convince me that I was a captivating dancer already, in my own right.”