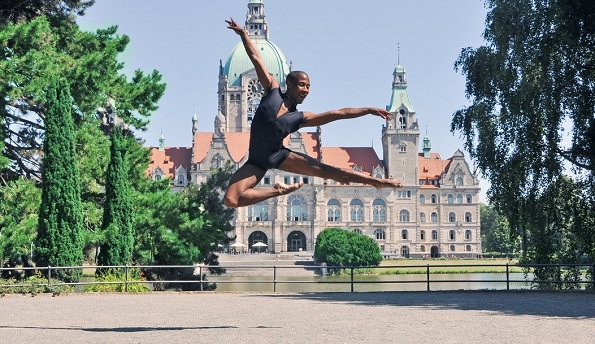 Across an ocean is a land, a land rich in arts and culture and with a plethora of arts outlets that support its long history of dance. That land is Europe. Some dancers, curious about the scene in Europe, have ventured to that land to study or dance professionally. Although there are many factors that may require some adjusting – homesickness, language barriers, assimilating in a new culture – many of these dancers now call Europe home. Dance Informa had the chance to speak with three dancers – an American and two Australians – who share their journey of dancing overseas in Europe.

For 20-year-old Madeline Harms, who grew up in Mount Gambier, South Australia, and now studies at the Rotterdam Dance Academy in The Netherlands, that journey was initiated by a strong desire to hone her contemporary and modern dance skills. And what better place to do this than Europe, she thought.

“Europe is a melting pot of arts and cultures,” Harms says. “There are a vast number of modern dance companies, varying from all styles and inspirations, which allow opportunities to experience many different choreographers, dancers and teachers.”

Making the move overseas, however, took more than just that initial thought for Harms. After graduating from Australia’s Victorian College of the Arts Secondary School (VCASS), and after the encouragement of her sister, Anna, Harms left in January 2010 for a two-month tour across Europe in the search of a pre-professional school that would suit her. She moved to Rotterdam in September 2010. 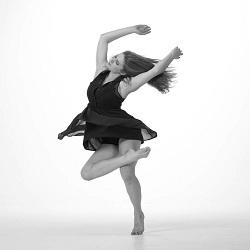 Madeline Harms, who is studying at the Rotterdam Dance Academy in The Netherlands. Photo by Barend Jan de Jong

Madeline says she prepared for her trip while still in Australia by talking to various people, researching on the Internet, and, through emails and phone calls, making contacts and arrangements to audition at various schools.

“Do your homework, research the schools or companies you are interested in, and contact them, even if it means staying up until all hours to call internationally at the right time,” Madeline advises. “It may be time-consuming, but be patient and you’ll be rewarded for it.”

“Know what kind of company you are looking for and what style you would suit,” Anna suggests. “Have a look at the repertoire and current dancers in the company to get an idea of what the company is about.”

Once in Europe, whether as a student or professional dancer, those coming from overseas may have other hurdles – being far from family and friends, having a language barrier, learning how to get around a new city and meeting new people.

For Madeline, coping with homesickness was made easier when she didn’t ignore it. “One must feel it and accept it, which then allows you to move on,” she says. “It’s always there and I think about it often, but I don’t let it get me down. Sharing my experiences and everyday life with my family and friends back home makes it feel like they are still a part of it all.”

Jarred Ramon Bailey, a dancer originally from Tennessee, who then relocated to New York City before moving to Germany, where he has lived since 2006, says not being able to talk so often with his family has been his most difficult adjustment during his transition to Europe.

“There is a seven-hour time difference,” says Bailey, who now dances at Stadttheater Hildesheim and also teaches at various studios and academies. “So at the end of the day at 11p.m. they may not be home yet, and at 7p.m. their time it’s 2a.m. here, and I must get up in the morning.”

But making new friends may help ease those homesick feelings. “Making friends has been good,” Bailey says. “It’s a different culture, but once you get to know people they are very nice.” 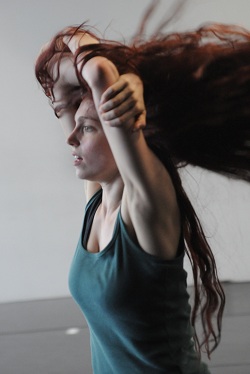 Anna also had an easy time gaining new friends because of all the time spent in the studio with others with similar interests, but she says meeting people outside work was difficult because of the lack of time.

“But I have always lived in a sharehouse arrangement, so I meet people through my housemates, which I’m so grateful for,” Anna says. “Joining a gym or doing some kind of other group activity creates opportunities to meet ‘normal’ people.”

Both Bailey and Anna had to overcome a language barrier, but agree that immersing oneself among the native speakers helps. Bailey says it was not as daunting because most people in the dance world speak English, and Anna also took a few German lessons upon her arrival. “But you have to want it and be prepared to make an effort,” Anna says.

Most dancers who decide to move to Europe are already drawn to the region’s culture and history, so the transition can become easier when they embrace that appeal. Some dancers also find that Europe is a place that tends to strongly support its arts.

Anna says that in Germany, the system takes good care of dancers and artists. The theaters are well-supported, and dancers have all the rights of other employees, including compulsory health insurance and pension funds.

Likewise, Madeline says that in Holland, “you can feel that the country and its people support and enjoy the arts so much more than in Australia.”

As in many other countries worldwide, however, the financial crisis is threatening the arts. In the Netherlands, the government is cutting financing for arts programs by 25 percent.

“I don’t think it’s better here or in America,” Bailey says. “It’s like everything else in life. Nothing is perfect. Here there are more stable lifestyle advantages for an artist and opposite advantages in America. A person must decide which suits his/her personality and wants and needs.”

One advantage for a dancer in Europe may be the proximity of countries and companies. Dancers can easily travel to other cities or countries to audition, travel and see other companies perform.

“The number of dance companies in Europe is huge,” Anna says. “Whether they be small, private companies, project companies, theaters, good or not so good, it creates so many more opportunities than at home.”

Both Anna and Madeline say they plan to stay in Europe a few more years before heading back to the Australian dance scene, and Bailey says that Europe suits him for now. All agree that a dancer’s experience abroad is a wonderful way to see the world and to grow artistically and personally.

“As dancers, we are lucky that our expression and art form can be understood and appreciated all over the world,” Anna says. “The many different cultures that one encounters can only enrich us, challenge us and mature us into the artists we aspire to be.”

Top photo: Jarred Bailey, an American who has been dancing professionally in Germany since 2006. Photo by Doreen Wronka