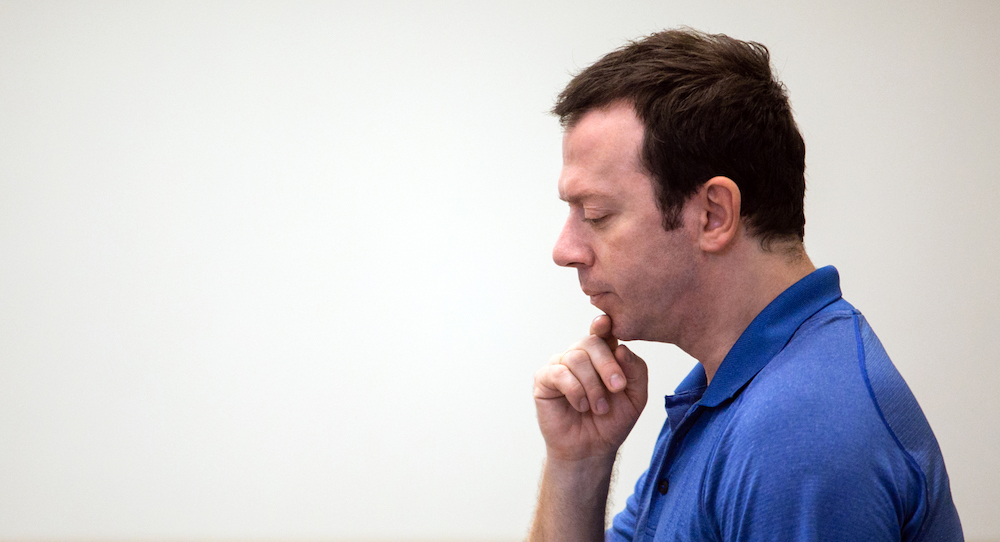 New York City Ballet (NYCB) Artistic Director Jonathan Stafford and Associate Artistic Director Wendy Whelan have announced that Alexei Ratmansky, widely considered to be one of the world’s greatest living choreographers, will join the Company in August 2023, as Artist in Residence.

As part of an initial five-year contract, Ratmansky will create at least one new work for NYCB each year, with the first scheduled to premiere during the 2024 Winter Season as part of the Company’s 75th anniversary celebrations, which will take place from September 2023 through July 2024. In addition, Ratmansky will oversee and rehearse his existing repertory for NYCB, which includes six acclaimed ballets that the choreographer has created for the Company since 2006: Russian Seasons (2006); Concerto DSCH (2008); Namouna, A Grand Divertissement (2010); Pictures at an Exhibition (2014); Odessa (2017); and Voices (2020).

Currently Artist in Residence at American Ballet Theatre, a position he has held since 2008, Ratmansky will step down from that role at the conclusion of his current contract in June 2023.

“We are very excited to welcome Alexei Ratmansky to his new artistic home at New York City Ballet,” said Stafford and Whelan in making the announcement. “Alexei is one of the most important figures in the world of ballet and we know that he will enrich our repertory, inspire our dancers and musicians, and thrill our audiences with his extraordinary artistry.”

“This opportunity at New York City Ballet has opened a new creative door for me,” said Ratmansky. “After working with the company over the years, I am profoundly grateful for the chance to begin a new innovative conversation with the artists of NYCB, and its audiences, as Artist in Residence at the beginning of its 75th anniversary season. This role will allow me to devote my time and attention to making ballets, and is a true gift to a choreographer. For NYCB to commit to my work is an honor, and I look forward to what will follow. I want to thank the artists, board, staff and supporters of NYCB for this opportunity.”

Both Stafford and Whelan worked closely with Ratmansky on the creation of new works while they were dancers with NYCB, with Whelan creating leading roles in four ballets – Russian Seasons; Concerto DSCH; Namouna, A Grand Divertissement; and Pictures at an Exhibition; and Stafford dancing in the original productions of Russian Seasons and Concerto DSCH. Since being appointed to their artistic leadership roles at NYCB in 2019, Stafford and Whelan have consistently programmed works by Ratmansky as part of the Company’s repertory seasons.

The upcoming 2023 Winter Season will include Voices; and the 2023 Spring Season will include both Namouna, A Grand Divertissement and Pictures at an Exhibition. “Working in the studio with Alexei on the creation of his incredible ballets was one of the artistic highlights of my career as a dancer with NYCB,” said Whelan. “To have him now working with NYCB’s current generation of dancers on a regular basis is a dream come true, and I can’t wait to see what he creates with our artists.”

At NYCB, Ratmansky will join an artistic leadership team that includes Stafford, Whelan and the Company’s Resident Choreographer and Artistic Advisor Justin Peck. “New choreography has always been central to NYCB’s artistic mission and to have both Justin Peck and Alexei Ratmansky regularly creating new work for the Company is extraordinarily exciting as we approach our 75th anniversary season,” said Stafford.

“Commissioning new work from a wide-ranging roster of artists has been an important artistic priority since Wendy, Justin and I began our leadership positions with NYCB in 2019, and that commitment will continue into our 75th year and beyond,” said Stafford.

Ratmansky is widely acknowledged as one of the greatest choreographers of his generation and has made numerous works for ballet companies around the world. Born in St. Petersburg, Russia, Ratmansky is of Ukrainian descent, and trained at the Bolshoi Ballet School in Moscow prior to becoming a principal dancer with the Ukrainian National Ballet, the Royal Winnipeg Ballet and the Royal Danish Ballet. From January 2004 to 2008, he was the Artistic Director of the Bolshoi Ballet. In 2009, Ratmansky was named Artist in Residence at American Ballet Theatre. Ratmansky first worked with NYCB as part of a Working Session of the New York Choreographic Institute, an affiliate of NYCB, in 2002.