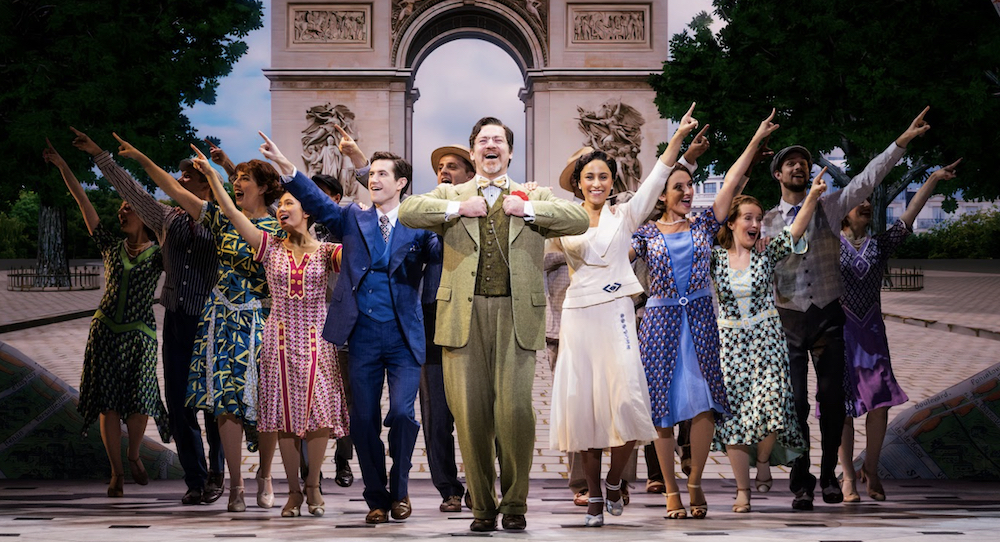 For many, an evening at the theater is a luxurious celebration after the past few years of historic theater disruption. We, as audiences, gather with new appreciation for the togetherness theater brings. After years spent reviewing in London, England, and Melbourne, Australia, seeing a show at the historic Fox Theatre, one of Atlanta’s premiere venues for live entertainment, did not disappoint. The show has garnered more than 15 major international awards, including Tony, Drama Desk and Outer Critics Circle awards and Best New Musical in Spain, Germany and the Netherlands.

The Fox Theatre Atlanta seats 4,665, and the audience thereof responded with elation as the lights came up on Anastasia. The show premiered on Broadway at the Broadhurst Theatre in April 2017. Since then, it has been performed more than 2,500 times globally and sold 3.4 million tickets.

This sensational show journeyed from the twilight of the Russian Empire to the excitement of Paris in the 1920s, as a courageous young woman set out to discover the mystery of her past. Pursued by a ruthless Soviet officer determined to silence her, Anya enlists the aid of a handsome conman and a lovable ex-aristocrat. Together, they embark on an heroic adventure to help her find home, love and family.

The lead cast included Veronica Stern as Anya, who made her national tour debut with Anastasia. Stern appeared so comfortable on stage, it was easy to forget this was a performance and a very skilled one at that. She is one to watch.

The cast also included Willem Butler as Dmitry, Ben Edquist as Gleb, Gerri Weagraff as Dowager Empress, Bryan Seastrom as Vlad, Madeline Raube as Countess Lily and Leela Chopra. The adorable Alexandrya Salazar as Little Anastasia danced and recited lines with the skill of artists much older than her.

The company was a simultaneous enhancement to every scene they were layered into. The singing and dancing balanced by skilled artisans. There was pas de deux filled with beautiful lifts and waltzes that filled the stage with moments of life and joy. The company demonstrated their years of classical dance training before stepping onto the stage for this musical.

The creative team consisted of Sarah Hartman, who did the tour direction based on original direction by Tony Award-winning director Darko Tresnjak, with the likes of Peggy Hickey (original choreographer) and Bill Burns (choreographer).